Fishing moved centre-stage last week in the Brexit negotiations, with the publication of the political declaration, and statements from the EU and from French president Emmanuel Macron linking fisheries access to trade, reports Tim Oliver

Despite the government repeatedly stating that Britain will become an independent coastal state controlling access to its waters, evidence has been stacking up that the EU is determined to make a trade deal conditional on EU fleets retaining access to UK waters.

But it is a ‘red line’ for the fishing industry that trade and fisheries arrangements must, under no circumstance, be linked.

The legally-binding withdrawal agreement extends existing fishing arrangements during the 21-month transition period, but the non-legally-binding joint political declaration says that the EU and UK will aim to reach a new fisheries agreement by 1 July, 2020, so it will be in place in time to determine fishing opportunities for the first year after the transition period.

The political declaration states that an agreement on the future of fishing will be ‘within the context of the overall economic partnership’. The Withdrawal Bill also says that there will be no market access for fisheries and aquaculture products ‘unless an agreement on access to waters and fishing opportunities is applicable’.

But in a separate and tougher statement, the EU27 countries called for greater urgency, and spoke of the need to maintain ‘level playing field conditions’ and to ‘protect fishing enterprises and coastal communities’. They said: “A fisheries agreement is a matter of priority, and should build on, inter alia, existing reciprocal access and quota shares.”

And French president Emmanuel Macron turned up the heat by saying at a press conference in Brussels that the EU would use fishing as ‘a lever’ in trade negotiations to force Britain into the Irish border ‘backstop’ and into staying in the customs union if it does not allow French and other EU vessels access to UK waters.

He warned that without a quick compromise on fishing, talks on a wider trade deal would falter.

Other EU leaders also highlighted fishing as a particularly sensitive issue. German chancellor Angela Merkel said that talks on fisheries were ‘undoubtedly going to be an area where negotiations are going to be tough’.

Both the withdrawal agreement and the political declaration have been widely condemned by MPs from across the political spectrum, and by both Brexiteers and Remainers. The focus is now on the parliamentary vote on the deal, which is due on Tuesday next week (11 December).

But there is a strong consensus among MPs and political commentators that it will be impossible for the prime minister, with no overall majority, to get the deal through parliament, with all the other parties set to vote it down.

This opens the question of what will happen if the deal is voted down. This is uncharted territory, and there is wide speculation on various options. These include going back to Brussels to try to renegotiate the deal, leaving with no deal, extending the leaving date beyond 29 March, 2019, joining the EEA/EFTA, a general election, and possibly a second referendum.

All this leaves the fishing industry facing huge uncertainty as to the long-term future.

Theresa May has written to Scottish Conservative MPs to assure them she is ‘resolute’ there will be no link between fisheries and access to markets.

The 13 MPs have said they will not back the withdrawal bill if it does not protect the Scottish fishing industry, and their votes are vital to getting the bill through parliament.

The prime minister acknowledges that it has always been the EU’s position that there should be a link between fisheries access and trade as part of the fisheries agreement – but it failed to achieve this in both the political declaration and the withdrawal agreement.

“It remains our resolute position that there should be no such link,” says the prime minister.

“If we cannot reach a new and fair agreement by 2020, then the default is that EU vessels would have no access to our waters, so they have a strong incentive to reach one.”

She says the UK’s position remains that the fisheries agreement will set a framework to manage annual negotiations on access and quotas, in the same way as with Norway and other coastal states.

She confirms that the CFP and relative stability keys will apply during the transition period, ‘to protect our current rights during this period’.

“In 2020, we will negotiate as a fully independent coastal state for fishing opportunities in 2021, as Norway does. If there is no fisheries agreement in place by then, of course, no EU country’s fishing fleet will have access to our waters.”

The prime minister concludes, “I know and respect that your position and that of the fishing industry is that any situation that saw the UK in the CFP beyond 2020 would be unacceptable.”

The NFFO said that the EU is in ‘an uncomfortable position’ in seeking to link fisheries access and trade. “There is no example of a trade deal current anywhere in the world which includes terms which require one party to grant free access to the natural resources of the other party.

“The EU’s position, if applied to, say, a West African country, would rightly be regarded as a form of exploitative neo-colonialism,” says the NFFO, in an assessment of the current position.

The federation notes that fishing rights are ‘highly politically charged’ and are critical for the survival of the government, given its lack of a majority. “It will be important for the government that any new fisheries agreement with the EU could not be portrayed as another sell-out. The symbolism of fishing is huge.”

The EU will apply ‘maximum pressure’ to maintain the status quo because it works ‘massively’ to the EU’s advantage. But the only scenario in which that is likely to happen is if the UK chooses to remain within the EU/CFP in a second referendum.

The federation says, “Politically, the UK government can’t afford not to deliver on fishing. From an economic point of view, both sides want and need an ambitious free-trade deal. The politics, however, will take priority. The EU will not agree to a trade deal which gives the same benefits to a non-member. The UK has its own internal political dynamics, in which fishing will remain as a visible symbol of Brexit – perhaps the only aspect of Brexit where there is utter clarity.

“It would take a betrayal of biblical magnitude for any British government to voluntarily cede its legal rights on fishing by buckling to EU pressure.”

The federation points to Norway as the template for the future status of the UK as an independent coastal state. It negotiates annually with the EU on TACs, access and quota shares, the latter based on zonal attachment.

“This is what we want. And it should flow naturally from our new legal status as we leave the EU,” says the NFFO.

FFL: ‘Vote down this surrender deal’

Fishing for Leave (FFL) said that the withdrawal agreement is ‘a second surrender of Britain’s fishing’ that ‘runs a coach and horses across ministerial and Scottish Conservatives’ red-line promises’.

It called on all Scottish and Conservative MPs to vote down what it said was ‘a vassal-state deal’.

The Brexit fishing campaign group said it condemns the agreement for the transition period – which means re-obeying detrimental CFP rules post-Brexit – and because it also gifts the EU a weapon to lever Britain into the EU’s future relationship demands.

“The transition will be fatal to so many – but to compound the danger, markets and access are linked in the agreement,” said FFL.

It said references to ‘non-discrimination on grounds of nationality’, ‘a level playing field’ and market access being linked to ‘existing reciprocal access to quota shares’ mean that ‘Britain is being set up to be enveloped in CFP-associated membership, using markets to lever access’.

“Given that a fisheries agreement would be ‘within the context of the overall economic partnership’, this leaves fisheries wide open to being sacrificed yet again as negotiating capital,” said FFL.

The withdrawal agreement and political declaration, combined with a transition period that can be extended past 2020, ‘clearly blows ministerial and Scottish Tories’ red lines out of the water’.

“If extended, the transition includes all EU law – including the CFP. The EU won’t make retrospective exemptions of areas like the CFP to save MPs’ faces,” said FFL.

“The government’s statement that ‘the UK will be an independent coastal state’ as some sort of shield is a nonsense, as it is no defence against the agreement.”

The deal will leave the UK as ‘a vassal state, and no matter how much lipstick is applied, it’s a surrender’.

FFL issued ‘a stark warning’ to Scottish Tories that voting for the ‘worst deal in history’ will cost them their seats, and the Union they say they want to protect above all.

“We call on Scots, and all other, Tory MPs to honour their pledge and vote this dreadful ‘vassal-state’ deal down. Not just for fishing, but for the nation as a whole.” 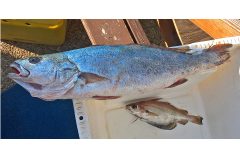 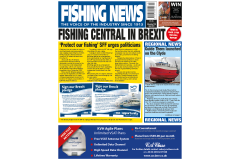