‘Fishing must be exempt from Brexit transition’

We must leave CFP from day one warn industry groups.

As serious Brexit talks take place this month, fishing industry groups have declared forcefully that the industry must not be part of any transition deal the government agrees with the EU, reports Tim Oliver.

They say the UK must take back control of its waters and access on day one after Brexit on 29 March next year. If fishing were to be part of the transition arrangements, it would mean the UK being permanently locked into the CFP, and endless years of legal wrangling over access and quotas.

They also say access to waters must also be kept completely separate from the trade in seafood between the EU and UK.

The EU has said unequivocally that under any transition deal the UK will have to obey all the existing regulations of the EU, including the CFP.

Senior EU and UK officials held four days of Brexit transition talks from Tuesday to Friday last week. The EU and UK are aiming to reach agreement on the transition arrangements ready for the Council of Ministers on 22-23 March.

DEFRA Secretary of State Michael Gove said he and the Prime Minister back the industry position that fisheries must have separate arrangements. He told The Sunday Times he was ‘adamant’ that the UK must leave the CFP when we leave the EU next year, and not at the end of any transition period.

He said: “The Prime Minister is crystal clear – the moment we leave we become an independent coastal state. I and my colleagues are quite clear – we will have continuing good relations with our European partners, but we will decide access and quotas.”

Home Secretary Amber Rudd, MP for Hastings said on The Andrew Marr Show: “In my constituency in Hastings, we hate the Common Fisheries Policy. It has not been good for the communities. We would like to make sure that the fishermen, all through our coastal communities, get a better deal.”

SFF chief executive Bertie Armstrong welcomed “these acknowledgements from within the UK government of the logic and practical sense of the position that we have been arguing and fighting for. There is the realisation of the sea of opportunity that exists from exiting the CFP – but it can only work if we get out on day one. There is no other way.”

The SFF has also pressed home to the US administration the importance for the stability of the industry of leaving the CFP on day one after Brexit and becoming an independent coastal state.

South of the border, the NFFO welcomed the support for the industry’s position of DEFRA ministers Michael Gove and George Eustice, and stressed there must be no transition period on fisheries.
But chief executive Barrie Deas said it was ultimately in the hands of the Cabinet Office and the Department for Exiting the EU, who would be conducting the negotiations. He warned that the government would suffer politically if it sold out the industry again, particularly in view of its seats in Scotland and its reliance on the support of the DUP in Northern Ireland.

“The problem is that it is the UK that wants the transition period, not the EU, which puts the EU in a strong position,” he said.

He said the NFFO is also adamant that fisheries issues such as access and quotas must be kept completely separate from trade issues.

“You can understand why the EU wants to keep us tied into it, but it’s politically unsustainable in the long term – it would be back to 1973.

“Negotiations are taking place this week, and the UK now has to say what it wants.”

Fishing for Leave (FFL) has warned of the dangers of the UK becoming legally tied into the CFP indefinitely via a transition period. “It is now an unequivocal fact that the transition means we will be trapped into obeying all EU law, including the disastrous CFP, as some sort of vassal state,” said the group.

It warned protracted EU legal claims for ‘continuity of rights’ and a continuation of the CFP were ‘an existential threat to what is left of the British fishing industry and coastal communities’.

The group said the other EU member states would show no mercy to the UK and the UK would be locked into the ‘legal purgatory’ of the CFP.

“We implore the government and MPs to refuse the transition terms and to exempt fisheries from them,” said FFL’s Aaron Brown.

Leaders of the Scottish White Fish Producers Association (SWFPA) and Shetland Fishermen’s Association (SFA) spoke last week in a joint statement of their members’ ‘mounting concerns’ over the government’s proposed implementation period for Brexit. They warned that failure to move immediately to assert control of UK waters and manage fisheries as an independent coastal state would be ‘extremely damaging’ and ‘completely unacceptable’ (Fishing News, 8 February, ‘Government urged to commit to taking prompt control of fisheries waters’, and ‘Fishing must have separate transition deal’- SWFPA). 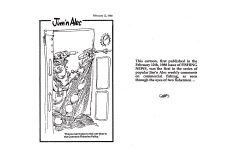 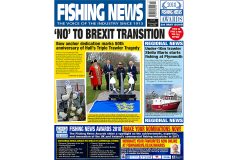