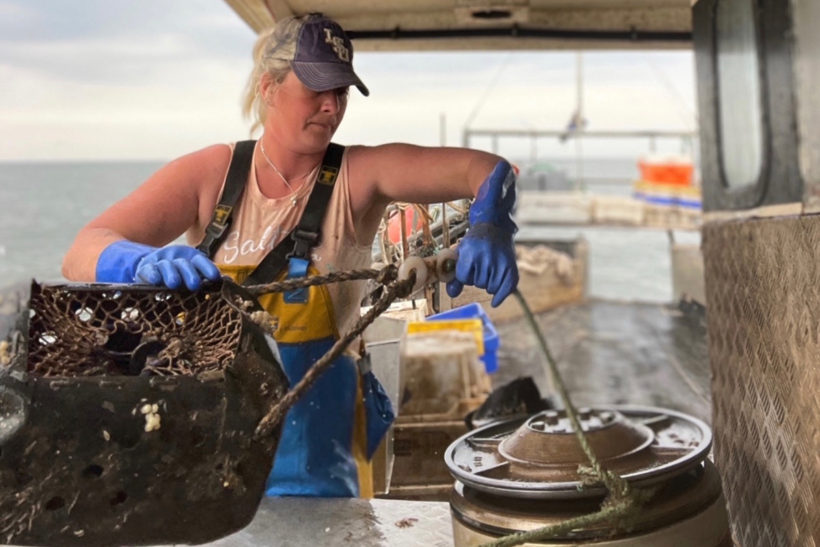 The Fishing News Awards caused a media storm when ex-MEP Christian Allard questioned their use of the ‘non- inclusive’ term ‘fisherman’. Ashley Mullenger – aka The Female Fisherman – and her female colleagues respond…

“What’s in a name? That which we call a rose/By any other name would smell as sweet.” In Shakespeare’s Romeo and Juliet, we hear the heroine suggesting that, if we call something by a different name, it will still have the same characteristics, regardless of what it’s called.

‘Fisherwoman’ and ‘fisher’ are terms that are starting to creep into the commercial fishing seascape, and I’ve been talking to other women actively working at sea about how we feel about the various titles that are being bandied about.

I of course understand that I don’t speak for all women in this industry, but my choice to be addressed as a ‘fisherman’ comes from a place of respect for the hundreds of years of back-breaking labour performed by the men in the catching sector who have built this industry. I feel proud to be able to associate myself with that legacy.

However, in the last few years we have seen a rapid rise in the number of women donning oilskins and getting stuck in – which is amazing! But what do they call themselves? How do they want to be addressed? I started a group chat with them to find out.

The first response I got was from Amy Rose, who works out of Newlyn, who had me howling. She wrote: “Fisher? Reminds me of ‘fissure’” – and then proceeded to send me the definition of that unfortunate medical condition – not a very appealing title for anybody.

Mollie Smart, who was a finalist in the Fishing News Awards Trainee Fisherman of the Year category, told me: “I don’t even know why it’s so controversial. It probably wasn’t even a woman who came up with this idea in the first place.”

This sparks an interesting point – why are men unconnected with this industry telling us how we should identify?

Sarah Ready from Brixham hit the nail on the head: “Does it even matter whether you are male or female in fishing, as long as you are good at your job, and do it with integrity? You will be respected whatever sex you are, if you are good at what you do, with a passion for our hard-hit industry.”

She went on to say that in these difficult economic times, a job title is the least of our worries, and to just be able to get a boat to sea viably was an achievement in itself – which I think we can all agree with! 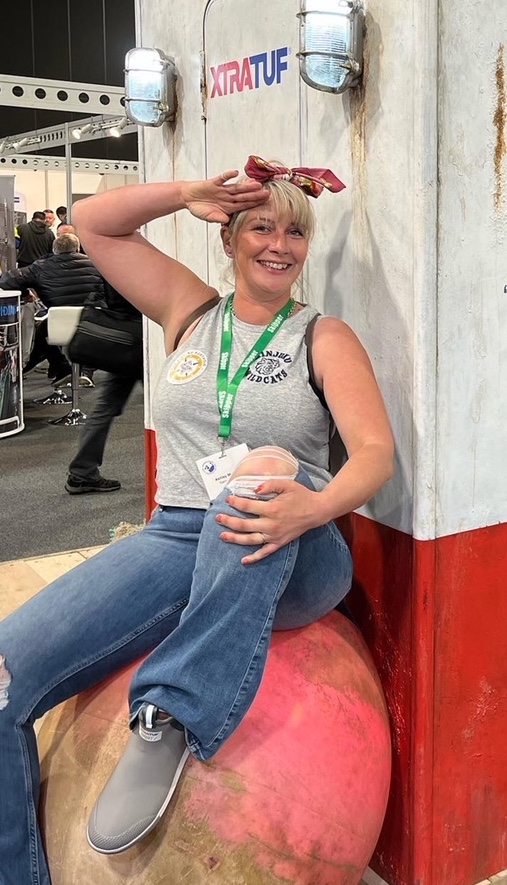 Ashley Mullenger aka The Female Fisherman.

Amy Farish, who has just started out in the industry, said: “I’ve worked in a shipyard since I was 16 as a mechanical fitter. I was the only girl on the squad, and was used to being referred to as one of the lads.

“Since I’ve started fishing, I do mostly hear the term ‘fisherman’ flying about. It doesn’t bother me, as I’m used to all that from the yard. I’m not really fussed what I’m referred to as, to be honest – as long as I’m out fishing, doing what we all love.”

Isla Gale, winner of Trainee Fisherman of the Year, said: “I like being called a fisherman. If someone was to ask, I don’t mind the other names, but they don’t sound right to me. We do everything the job involves, and the job title is ‘fisherman’.

“I don’t feel like it needs to be changed, especially because we do the same work – we should have the same name. I also think that it shouldn’t be such a big thing.”

When I was chatting to Beshlie Pool, executive officer of South Devon and Channel Shellfishermen, she mentioned that in the States, a ‘fisher’ is a small beaver-like mammal. I will let you insert your own beaver pun there…

It was pretty much the same feeling throughout the group chat. It’s a minor detail for those of us who are working the deck – but let’s try to use this wave of media attention to spark bigger and more helpful conversations about the industry in the public domain, like soaring fuel prices, IVMS and the digital Catch App, to name a small handful.

Many people outside the industry also called into question whether the term ‘fisherman’ might discourage further new entrants who do not identify as a male. I’d answer that by saying: “What new entrants!?”

It’s widely discussed that recruitment into this industry is hard work, and career paths into the catching sector seem muddy and unclear. It would be great to get feedback from young people, and gauge their perceptions not only of the title ‘fisherman’, but also their thoughts and feelings towards employment in this sector – and to offer them guidance and support on potential routes into the industry.

It’s worth mentioning that work has already been undertaken by Seafish with 16- to 18-year- olds in three coastal locations to understand their perceptions of the seafood sector. It found that the three biggest turn-offs were: handling fish; smelly, dirty, dangerous environments; and limited prospects. There is a massive opportunity here to learn more about those preconceptions, and to cast the net wider to get better data that would help the industry understand the needs of the next wave of new recruits.

I’ll close by saying that for me, whilst I identify as a fisherman, it’s not the most important thing. I love what I do, and regardless of what I’m called I’ll still head out to harvest the fine spoil that our seas have to offer – and if Shakespeare had the measure of it in 1597, why are we struggling with it so much in 2022? 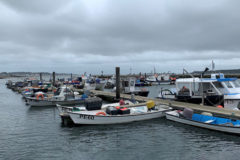 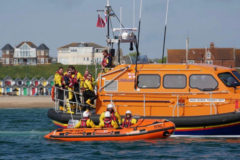 Full steam ahead for SAR crews