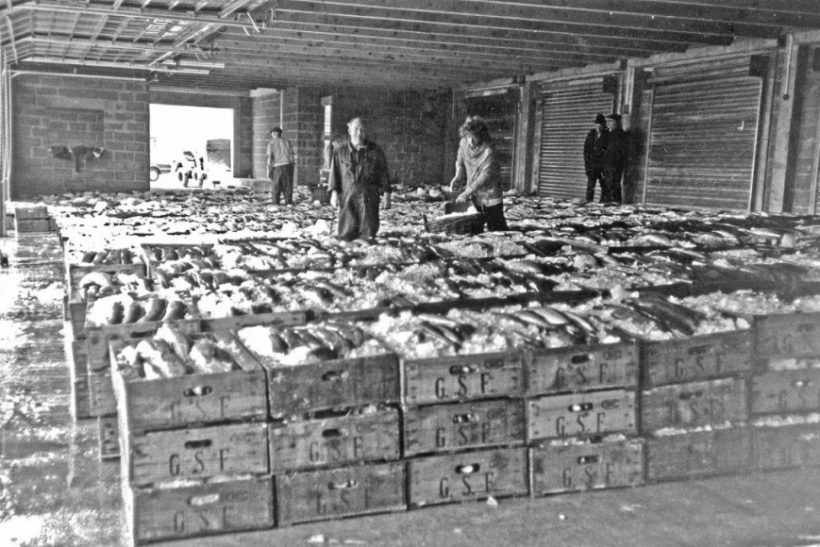 Above: Lossiemouth skipper William Smith’s 85ft seiner Sunbeam INS 189 had the distinction of being the first boat to land into the new extension to Peterhead’s fishmarket. Built at Peterhead by Richard Irvin, and agented by Grampian Sea Fishing, Sunbeam caught 670 boxes of fish in less than a week at sea.

As the leading whitefish port in Europe today, Peterhead has a proud heritage of whitefish sales. For decades, Peterhead’s main fishmarket was situated in the south harbour parallel to the appropriately-named Harbour Road, close to where Peterhead Port Authority offices are situated today.

Additional markets were located through the Junction Canal Bridge in the North Harbour, which at this time had a separate entrance to the North Sea. The Seagate and Greenhill markets evolved with time, in line with the large fleet of whitefish boats, many of which were traditional inshore vessels. 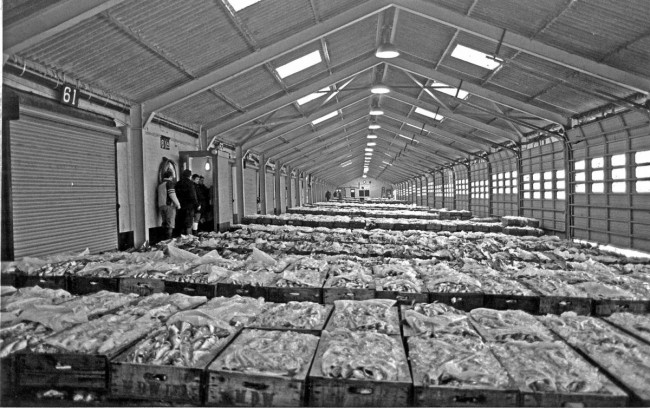 Peterhead has always embraced change, in line with the requirements of the fleet it serves. This was the case in the early 1970s, when at a time seine-net skippers were beginning to fish further offshore, they started to favour a larger class of boat.

This led to major changes in the North Harbour. After closing the north entrance, the basin was deepened, at the same time as the Greenhill fishmarket was extended. This largescale development also included building a new perimeter road and bridge at the Patent Slipway. On completion, the new facilities were opened by HRH, Princess Alexandra on 27 May 1976. 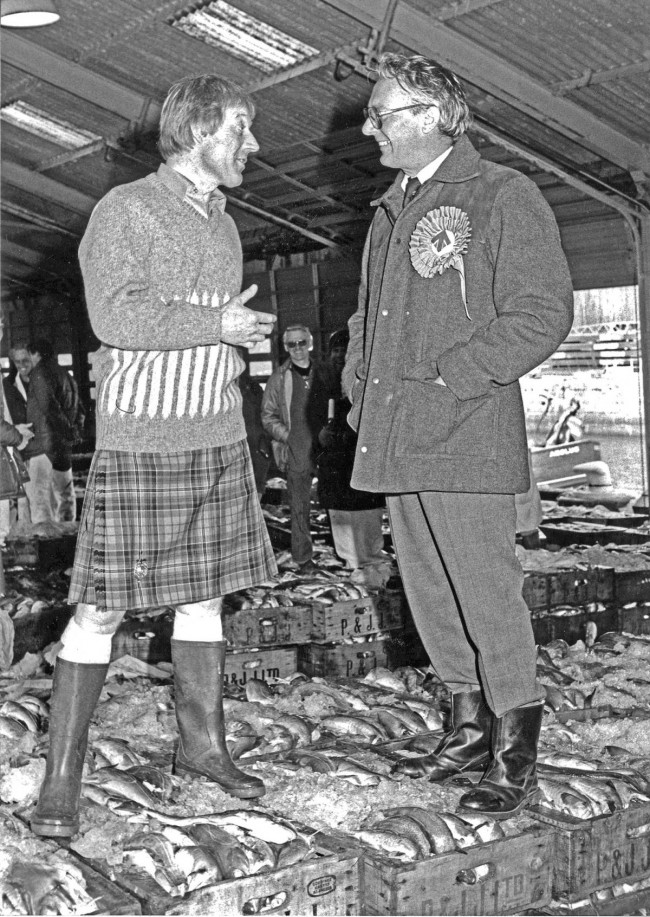 Euro MP James Provan talks to George Hosie on Peterhead fish market during the MP’s walkabout in May 1984.

The timing of the improvements proved extremely beneficial for Peterhead, as they coincided with the time when whitefish skippers started to boycott Aberdeen in protest at the high costs associated with being directed to use lumpers when landing their catches.

The rapid rise in the level of whitefish landings at Peterhead led to a further extension being added to the Greenhill market, when office accommodation was arranged above the new section of the fishmarket. 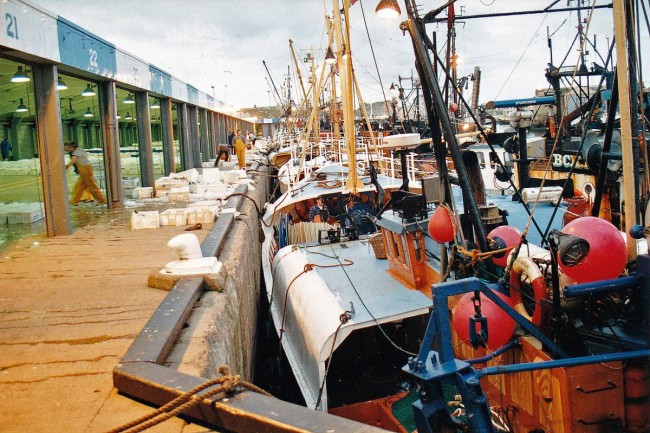 Lynnmore landing into Peterhead fishmarket in the early 1990s after plastic boxes had replaced their wooden predecessors.

In each Fishing News issue, we look back at certain times in commercial fishing history. Looking at a particular year – such as our looking back feature on 1925 – or a type of fish, such as our fishmarkets of yesteryear: herring feature. Each week, we will bring you another nostalgic look at the industry complete with images from our extensive archives. 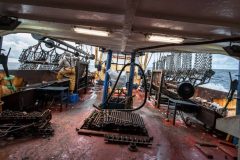 At sea on the Brixham beam-scalloper Emily Rose…