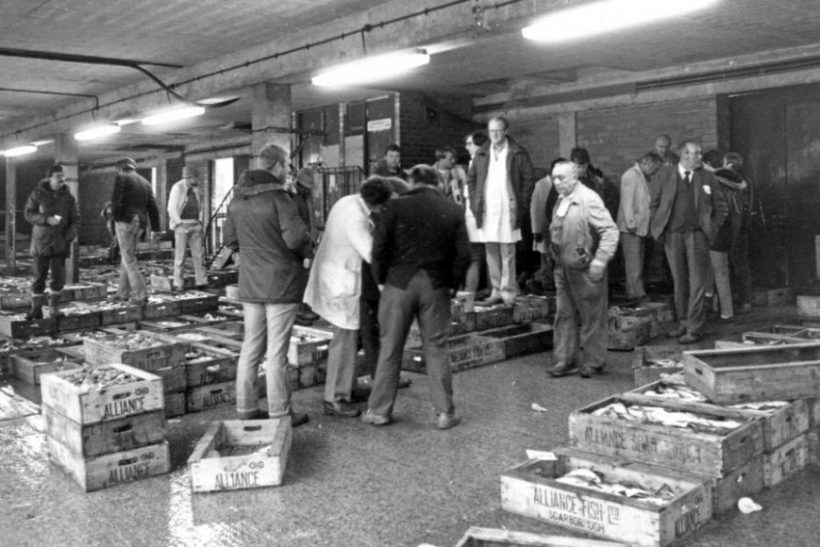 Until only 20 years ago, Scarborough was one of the leading whitefish landing ports on the East Coast of England.

Above: Buyers evaluate the contents of traditional wooden fish boxes on Scarborough fishmarket in October 1984.

As this selection of interesting photographs shows, Scarborough fishmarket was a hive of activity each morning, with local buyers bidding for freshly caught fish, predominantly cod, caught by some 30 keel boats. The majority of the local fleet were 15m-20m trawlers, a number of which fished the local grounds on a daily basis. 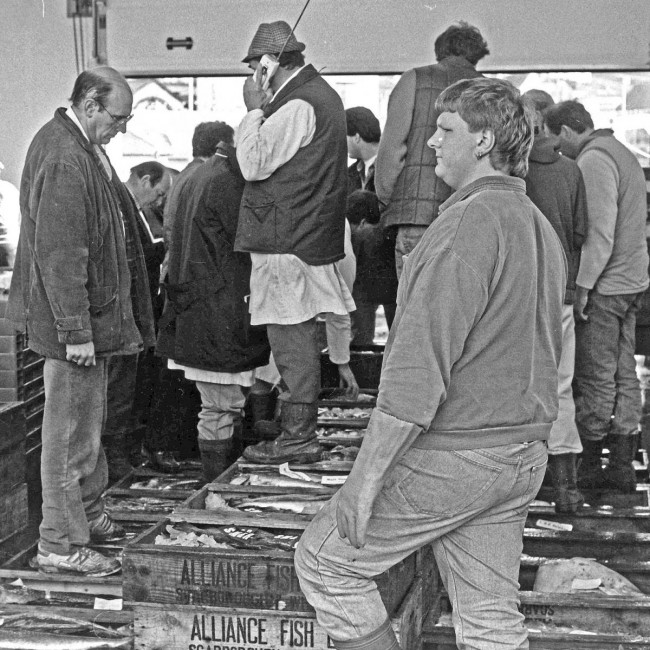 Left to right: Eric Lee, Terry Clark and Will Clark (today MD of Wilsea Ltd) on a Scarborough market well supplied with cod.

Healthy stocks gave a number of young and strongly motivated skippers the confidence and incentive to invest in new purpose-built side trawlers – including Allegiance, Emulator, Independence, Our Heritage and Our Pride – to fish further offshore, before returning to Scarborough after 2-3 days to land their catches to the local market. 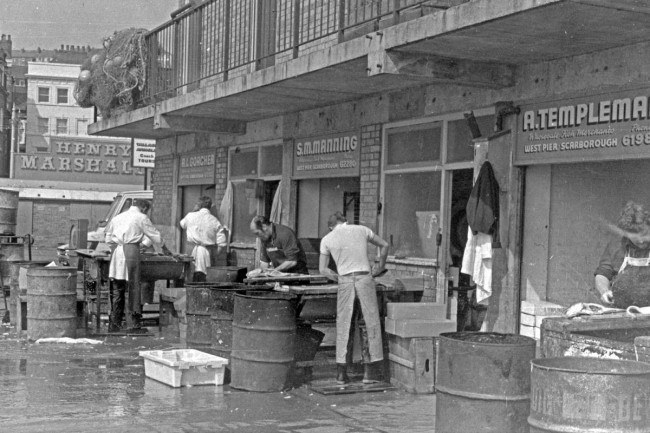 The close proximity of large inland industrial towns and cities, along with a constant influx of tourists to Scarborough and the adjoining coastal villages, eager to enjoy their traditional fish and chip suppers, ensured a consistently high level of buying power on Scarborough market. 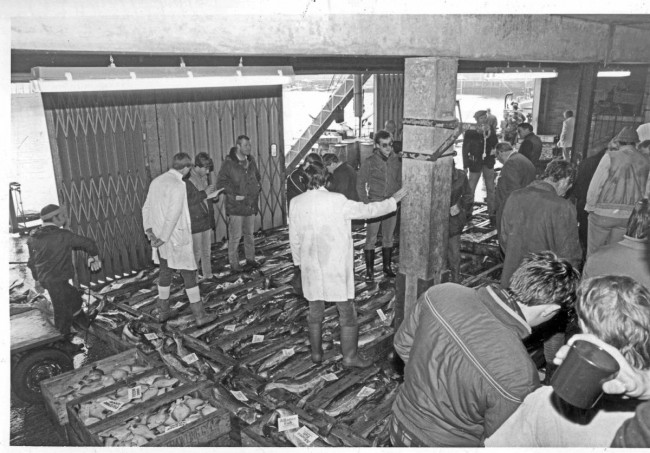 Traditional filleting sheds on the West Pier that were demolished by the Council to make way for car parking.

Sadly, the situation today, when whitefish landings are probably 99% lower, is in marked contrast to that of 20 and 30 years ago, when supplies were abundant and sustained a large number of traditional Scarborough fishing families. 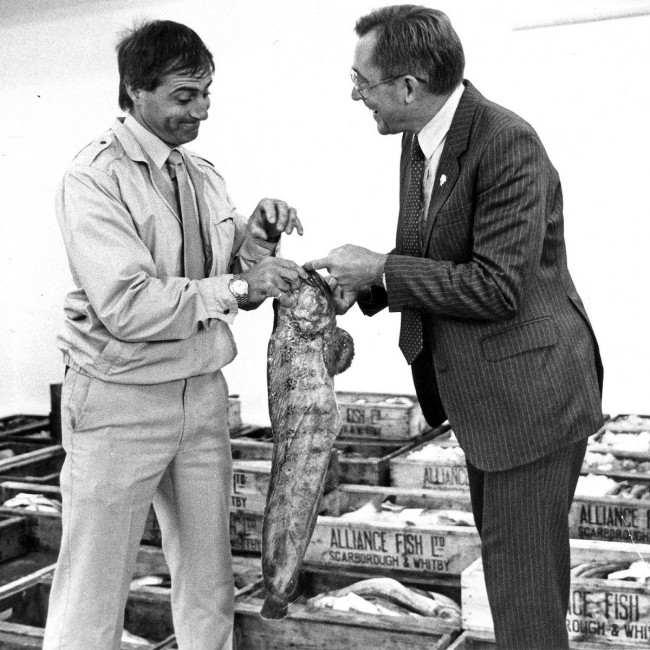 What’s up? Cat got your tongue? Scarborough skipper Fred Normandale uses sign language to explain the feeding habits of a catfish to Agriculture, Fisheries and Food Minister David Curry in 1990, before the serious talking started on the future of Scarborough and East Coast of England fishermen.

Today, a modern fleet of local potting boats, mainly under-10m vessels, built up in recent years by local skippers, together with seasonal visiting scallopers, account for most of the landing activity at Scarborough, where only two or three under-10m trawlers land a few boxes of fish in the early evening for sale the following morning.

In each Fishing News issue, we look back at certain times in commercial fishing history. Looking at a particular year – such as our looking back feature on 1977 – or a certain fishmarket, like our fishmarkets of yesteryear: Peterhead feature. Each week, we will bring you another nostalgic look at the industry complete with images from our extensive archives.

Fishing News Awards 2016 evening to be hosted by Simon Rimmer 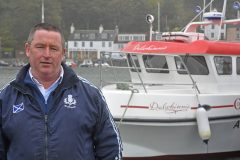