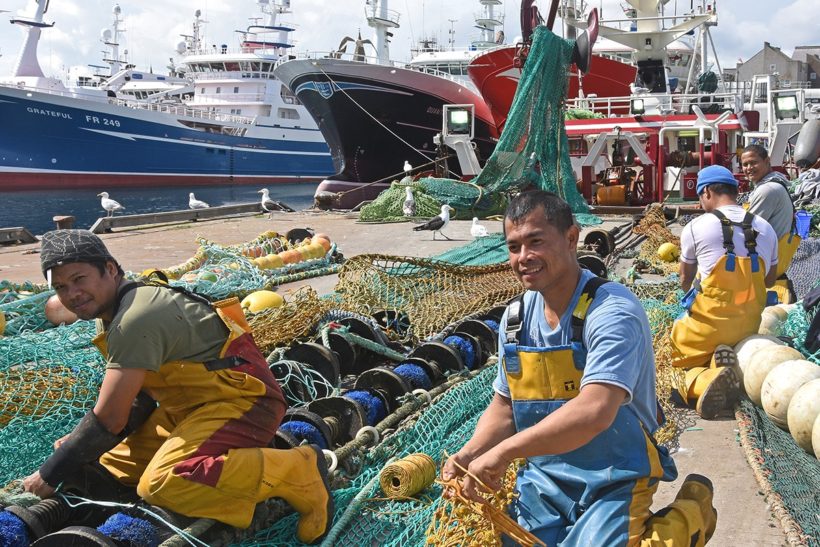 There are hopes that an end is in sight to the problems of recruiting foreign crews, after a major report recommended that fishermen should be regarded as skilled workers, reports Tim Oliver.

The Migration Advisory Committee (MAC) has recommended classifying deckhands on ‘large fishing vessels’ (9m and above) as skilled workers, and therefore eligible to be sponsored for a work permit.

It also recommends adding deckhands on vessels of 9m and above to the ‘shortage occupation list’ (SOL). This means that as the role is in recognised shortage, a minimum salary requirement of £20,480 applies, rather than the standard minimum of £25,600.

If the recommendations are accepted by the Home Office, foreign fishermen will be able obtain visas which will permit them and family members to enter the UK. Foreign fishermen must also be able to speak English.

Some sectors of the industry have been hit hard by crewing problems in recent years, and the industry has campaigned strenuously for many years to be allowed to employ foreign fishermen. Successive immigration ministers have rejected their call on the grounds that fishermen are unskilled and therefore their jobs can be filled by UK workers. The MAC report signals a major change in attitude.

Crewing problems have been particularly acute in Northern Ireland and on the west coast of Scotland, where boats, mainly prawn trawlers, are forced to fish inside the 12-mile limit. Foreign fishermen on boats working outside the 12-mile limit can work on transit visas, but this option is not available to boats that work inside 12 miles.

Welcoming the MAC report, Alan McCulla, chief executive of the Anglo-North Irish FPO and a long-standing campaigner for change, told Fishing News: “There’s still a lot of work to be done, but on the face of it, the MAC report is good news for the fishing industry.

“For those of us who are dependent on migrant fishermen, the headline recommendation coming from the report is that deckhands will be added to the list of sponsored occupations, so we look forward to taking that forward.

“It’s certainly a major step forward in the right direction to hopefully resolve something that has been a big issue in some parts of the industry for many, many years now.

“Those of us here in Northern Ireland, and our colleagues in Scotland, feel that in many ways we were out on the periphery here, fighting a lone battle.

“There’s been good industry co-operation in taking this forward, and by the looks of things this report is good news as far as I’m concerned.”

Darren Stevenson, a lawyer who has been working with the industry on this issue for the past six years, welcomed the MAC report, and said that the MAC had essentially endorsed everything the industry had been looking for.

“We argued that being a deckhand is a skilled occupation, and that deckhands should be on the shortage occupation list,” he said.

“The MAC have accepted everything we put to them, which we welcome. I think this has been partly because we were able to respond quickly when we were asked for evidence to back our case.

“The problem now is that the Home Office has to accept the recommendations. They do tend to accept recommendations, although they can of course modify them, or accept some parts and reject others.

“But in view of the compelling submissions made to the MAC by the industry, and the short time left to put the legislation in place before the end of the Brexit transition period on 1 January, 2021, I hope that the recommendations will go through without change.”

He said he believed that the MAC had taken onboard the seriousness of the situation if foreign fishermen were prevented from entering the UK, particularly on the west coast of Scotland and in Northern Ireland, where it could even lead to the collapse of the industry.

He said the bottom line is that once it is in place, the new immigration system will be the only way for foreign fishermen to enter the UK, except under the transit visa system, so it is vital that the Home Office accepts the industry’s case and the MAC recommendations.

“I have been involved with the immigration issue in the fishing industry for six years now, and for others in the industry it has been much longer than that, so it’s nice to have made this progress,” he said.

The MAC report says it received ‘extensive evidence’ of the training and skills required for deckhands.

A report commissioned by an industry stakeholder and sent as evidence to the MAC says: “Whilst there are no formal requirements for entry to the role of a deckhand, the role is highly skilled and has changed over the last 10-15 years, due to technological changes and changes to the makeup of the crew on a fishing vessel (driven by economic factors).”

The report notes that this now requires deckhands ‘to have good knowledge and skill across all aspects of the job, but also to have in-depth competence in at least one area such as engineering, net repair, fish handling, catch presentation and the sea’.

It states that the role requires ‘a higher level of responsibility, given the dangerous conditions in which deckhands are operating’.

It argues that for deckhands on larger fishing vessels (9m and above), it takes two to three years to attain the required skills, and five years to ‘develop a person to what might be called ‘deck boss’ or ‘chargehand deckhand’.

This includes ‘complex hand-eye skills… for net-mending and rope splicing’, ‘minute-to-minute responsibility and autonomy’ and ‘a wide range of technical, legal and regulatory knowledge’.

Technical training includes first aid, health and safety, firefighting and prevention, and survival at sea, and much of the training is done on the job.

Industry stakeholders highlighted ‘competition from other sectors and a lack of UK candidates for roles’ as the main reasons for difficulties in recruitment. A fishing industry survey recorded that over half of respondents had difficulty recruiting and had to look outside the UK to find workers with sufficient skills, qualifications and experience.

The same survey also found that 63% of respondents said they could pay a deckhand a salary of £25,600, stating that the lack of financial rewards does not discourage UK workers from the industry so much as a perception of the role being ‘dirty, dangerous and dull’. They said that most workers in the industry currently work over 50 hours per week, which is more than other occupations.

In a cross-industry survey in 2017, 23% of job roles onboard fishing vessels were filled by non-UK nationals (this figure was 53% in Northern Ireland). 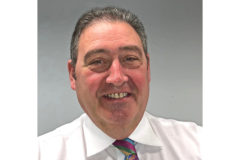 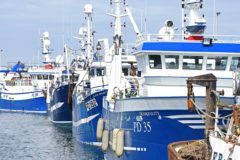 Big changes ahead in Scotland