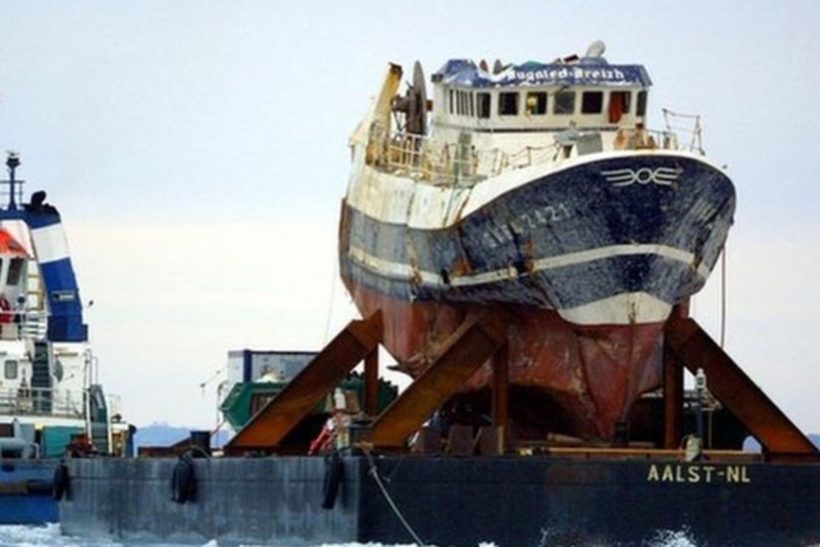 An inquest into the sinking of the French trawler Bugaled Breizh off the Lizard in Cornwall in January 2004 has heard that the vessel probably sank when she became fast in mud.

All five of her crew were lost when the vessel sank suddenly in favourable conditions, and the theory that she sank after
a submarine preparing for NATO exercises in the area snagged her gear was raised repeatedly during a long-running investigation by the French authorities.

But France’s top judicial court said in 2016 that there was no evidence to support the claim. The MoD has always denied a Royal Navy submarine was involved.

The inquest heard that the gear from the trawler was found relatively intact on the seabed, and did not have damage consistent with being entangled with a powerful submarine.

It found that one of the vessel’s trawl doors had become buried in sediment and mud close to a depression in the seabed.

Captain Soomro said that it was likely that the weight on the port trawl door had caused the net to close, putting a huge amount of pressure on one of the warps.

This would have caused the trawler to list heavily, and the combined effects of wind and swell would have resulted in her shipping large volumes of water on her deck that could not escape.

Captain Soomro said that once the vessel had reached an angle of 30° in the water, capsize would have been very rapid.

There was evidence that the crew had tried to right the vessel by releasing the port warp of the trawl net, which was found to be 140m longer than the starboard warp when the vessel was recovered.

Giving evidence on the theory that Bugaled Breizh was sunk by a submarine, Andrew Billings, a former commander who led the Royal Navy Police Special Investigation Branch team investigating the sinking in co-operation with the French authorities, said he had found no evidence that any submarine of any flag was within five nautical miles of the trawler.

He told the inquest he had been confined to investigating British involvement, but would have escalated concerns about foreign vessels if he had had any.

The inquest also heard earlier that the Royal Navy was ‘very confident’ there were no non-allied submarines within five nautical miles of the Bugaled Breizh when it sank.

A Dutch submarine, the Dolfijn, is believed to have been the closest submarine, and it was 12 nautical miles south of the Bugaled Breizh when it sank.

The inquest was being heard in London because the bodies of two of the crew, skipper Yves Marie Gloaguen, 45, and Pascal Lucien Le Floch, 49, were taken to Cornwall, legally requiring an inquest in the UK.

The body of a third man, Patrick Gloaguen, 35, was recovered but was taken to France, while the bodies of Georges Lemetayer, 60, and Eric Guillamet, 42, were never found.

As a result, their deaths are not the subject of this inquest, although their families are taking part in the process.

Judge Nigel Lickley QC was expected to deliver his conclusion into the deaths last Friday (22 October). 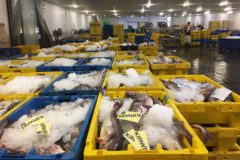 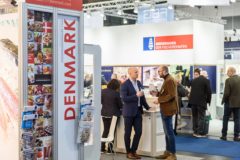