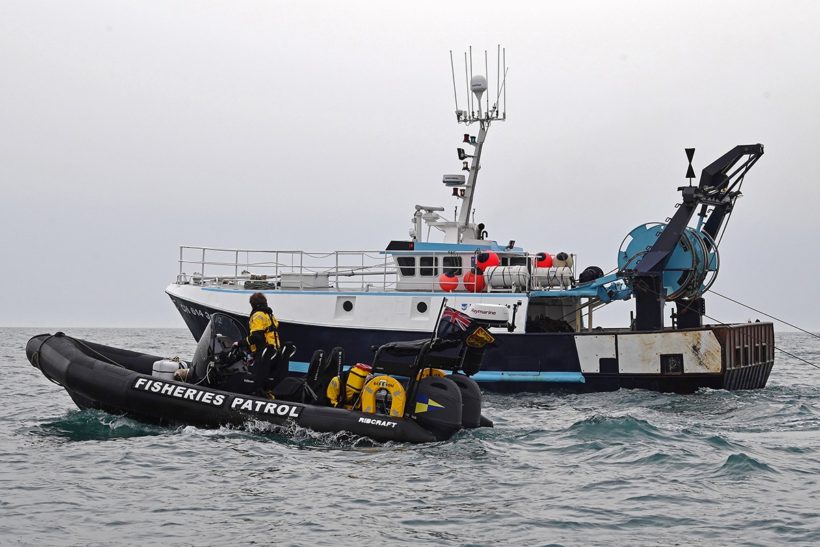 A Jersey fishermen’s leader says the French have deliberately engineered a confrontation with Jersey and the UK by making excessive and false licence applications to fish in Jersey waters that have no chance of being approved, reports Tim Oliver.

He also says Jersey fishermen and islanders are sick of being threatened by the French, and are warning France that they are ready if France goes ahead with actions it is threatening, such as blockades and cutting off power supplies.

Don Thompson, president of the Jersey Fishermen’s Association (JFA), said the current dispute with France over licences ‘and all the animosity that goes with it has been entirely engineered’.

His comments came as French fishermen in Boulogne said they would start to take action on Friday last week (15 October).

Fisherman Laurent Merlin told the BBC: “We’re in a constant state of anxiety and anger. We are waiting until Friday, and then we’ll start to organise ourselves to attack.

“We’ll create as much disruption as we can, by blocking the things Britain needs the most.

“We saw the impact of the gas shortage; we’ll try to create another shortage of something else. We’re ready to block everything – Calais, Dunkirk, the Channel Tunnel. We need this fishing licence, and we’ll do anything to get it.”

Benoît Firmin, manager of the local fishing committee, says the fishermen in France are getting a lot of support from their counterparts in other EU nations like Ireland and Belgium.

He said that if the blockade went ahead it would be likely to be wider than just in Boulogne and would target Christmas supplies. “We haven’t even blocked yet,” he said, “and already there’s a lack of food, petrol and staff in the UK.

“Are we going to make things worse? Maybe, but there’s a lot of frustration among the community, so fair enough.”

JFA president Don Thompson told Fishing News: “The Brexit TCA specifies that French fishermen and French administrators were supposed to put together all the information they had on boats that fished in our waters, and had to be able to prove they fished in our waters for a minimum of 10 days per year during the reference period [2012- 2016].

“They were supposed to scrutinise that and put forward justifiable applications. That way, we should have had about 60 proper applications, because we know that was the number that previously fished here.

“But rather than that, they put forward 220 applications, at least 75 of which we know have never fished here in their lives. There should never have been a scenario where Jersey or the UK were accused of rejecting licences if the French had followed the process correctly.

“Those that were rejected should never have come through – it came pretty close to fraud, putting through applications that didn’t have a track record of fishing in the first place, knowing they would be rejected.”

He said while he did not want to be unduly negative, he believed the Jersey government was to some extent responsible for much of the current situation because it had never stood up to France.

“I think the French have seen the Jersey government as a soft target – we always capitulate when the pressure’s put on. Jersey gives in really easily, and perhaps I’m speculating, but I think it’s been a way of sending a message out to the broader UK that the French are tough, they’ll blockade ports, etc.

“That’s the reason we in the JFA have been using stronger language recently. Our boys have put the message out that the French need to stop threatening, or if they are going to blockade us, they’d better hurry up and come, because we’re ready to meet them!

“A lot of the media have picked up on that, but it is a genuine feeling that we’ve had enough of being threatened, as an island. It’s not just fishermen – the whole community is being threatened with severing of power supplies, etc, and we don’t think it’s appropriate in this day and age. Our message is: ‘Stop threatening us, or hurry up and carry it out, and we’ll be ready to meet you.’”

Don Thompson said boats that had had licence applications rejected were being allowed to fish without licences until the end of October, but after that they would be refused access. “That will be a crunch point,” he said.

To highlight the imbalance of the French presence in Jersey waters, he said the entire Jersey fishing fleet totals 523 GRT.

But the 111 French licences issued so far totalled 2,369 GRT, and another 32 temporary licences that would become permanent at the end of January next year will take the figure to over 2,500 GT. “Those are pretty stark figures,” said Don Thompson.

Olivier Leprêtre, a fisherman and president of the regional fishing community in Hauts- de-France, told the BBC: “The requirement for fishermen to provide proof of their presence in British waters between 2012 and 2016 is very difficult because smaller boats didn’t have the equipment back then.” 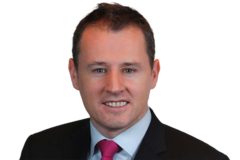