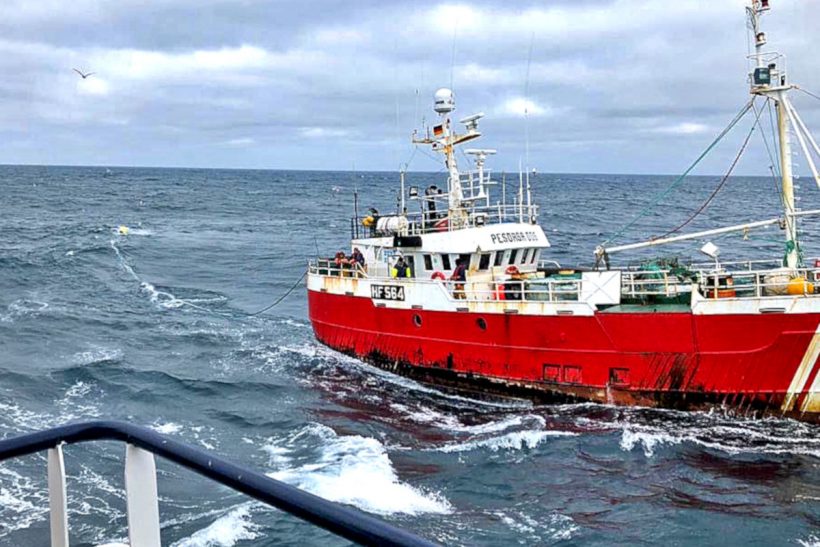 Scottish fishermen are calling on the Maritime and Coastguard Agency (MCA) to urgently investigate and charge skippers who put lives in danger at sea, report David Linkie and Tim Oliver. 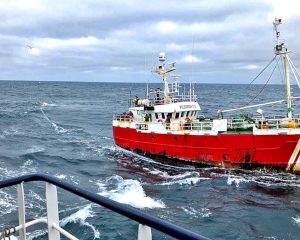 The German-registered netter Pesorsa Dos running up Alison Kay’s port side streaming a buoyed rope, in an attempt to foul the trawler’s propeller…

Their call comes after the latest in a series of incidents, dating back many years, involving gill-netters that harass and pose serious risks to vessels and crew operating in the Atlantic and North Sea.

The latest incident occurred off Shetland last week when a Spanish-owned, German-registered vessel was captured in video footage trying to run a rope through the propeller of the Shetland whitefish trawler Alison Kay LK 57.

Orkney and Shetland MP Alistair Carmichael has also written to the chief executive of the MCA, Brian Johnson, enclosing video footage of the incident and calling for an urgent response and a statement on how the MCA intended to take action.

But the MCA said it could not act because the incident took place outside of the UK’s 12-mile limit, and that it was a matter for the authorities in Germany, where the Spanish-owned vessel is registered (see below).

The incident took place when skipper James Anderson and his crew had just started a trip fishing in Eshaness waters some 30 miles northwest of Shetland, in an area where they often fish for a good mix of demersal species, including monkfish.

Alison Kay was towing into the southwest when the German-flagged and Spanish-owned netter Pesorsa Dos HF-564 came alongside in extremely close proximity to the trawler before manoeuvring around the trawler for the next 15 minutes.

The Pesorsa Dos skipper ordered James Anderson to stop towing into the southwest and to move out of the area where he wanted to fish.

When Pesorsa Dos began to endanger the safety of Alison Kay and her crew, skipper James Anderson immediately informed Shetland Coastguard of the situation.

When the crew of Pesorsa Dos streamed a buoy on the end of a long length of heavy rope in an attempt to foul Alison Kay’s propeller, James Anderson immediately knocked the trawler out of gear and started to haul, at the same time as the netter remained in close proximity. 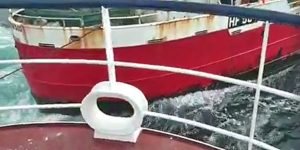 … before cutting under Alison Kay’s bow, with the rope running down the trawler’s port side.

As Alison Kay neared the end of a tow into a similar area the following day, before hauling and shooting back into the northwest, the Pesorsa Dos skipper again ordered the trawler to keep out of the area.

Skipper James Anderson told Fishing News: “We shouldn’t be pushed out of these waters due to these boats wanting to fish here. To avoid this amount of gear essentially means we would need to move to a completely different fishing area. We have no intention of giving up an area where we have fished for decades, to a fleet that is brazenly trying to take over.”

SWFPA chief executive Mike Park said: “We have been fighting this battle for many years, sadly, but the number and severity of incidents involving Scottish vessels has increased markedly in recent times. Notwithstanding the pressures that exist from working in close proximity with other fishermen, these tensions should never escalate to the point where life is put in jeopardy.

“It is time for the MCA to invoke the collision regulations within the 1995 Merchant Shipping Act and clamp down on these potentially life-threatening activities before it is too late.

“The behaviour of some skippers has been totally out of order, and we need urgent action to bring it to a halt.”

SFA chairman Leslie Tait added: “These semi-permanent gill-nets are covering increasingly large areas of the seas around Shetland, which is a massive problem for our fishermen, who are unable to fish in traditional areas. 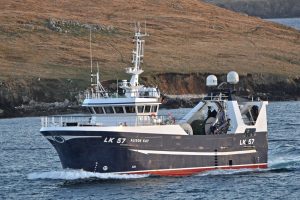 “The operators of these boats are also guilty of dumping masses of plastic mesh netting when they are finished with it, polluting our seas and causing damage to our vessels. Even one of the inter-island car ferries operated by Shetland Islands Council has fallen foul of discarded gill-nets.

“But when it gets to the stage when one of these vessels is actively and repeatedly attempting to foul the propeller of one of our boats, the authorities must crack down at once.”

He added: “When we are free to depart from the Common Fisheries Policy at the end of the year, the UK and Scottish governments must end or severely restrict the activities of non-traditional gill-netters in our waters.”

Scottish fishermen were angered last month when Spanish and French netters and liners moved into their traditional grounds when there was a big reduction in the presence of Scottish vessels during an eight-day tie-up in May due to Covid-19 and loss of markets (Fishing News, 14 May, ‘Foreign boats move in as Scots tie up’).

In a letter to MCA chief executive Brian Johnson, Orkney and Shetland MP Alistair Carmichael said that the Spanish netter’s action was intended to immobilise Alison Kay – ‘an action which is extremely dangerous and in contravention of the basic rules of the sea’.

He wrote: “You will be aware that the behaviour of Spanish fishermen has caused a great deal of anger and frustration for trawlermen in my constituency and across the north of Scotland in recent years.

“This is due both to aggressive acts such as those outlined above and the wider use of gill-nets, which can cover large areas and thus prevent other fishermen from working in those areas.

“Many whitefish boats have reported they have been on the receiving end of attempts to drive them out of their traditional fishing grounds.

“The UK is set to leave the CFP at the end of this year, which will significantly change the way fisheries access works in UK waters. I believe, however, that enforcement of basic rules of fair play in maritime affairs does not have to wait.

“I would appreciate your urgent response on this matter and an outline of how the MCA intends to take action.”

An MCA spokesman told Fishing News: “The video recording of this incident is concerning and the consequences could have been extremely serious. The Maritime and Coastguard Agency will take robust action against any vessel within its jurisdiction that endangers themselves or any other vessel.

“This incident took place 30 nautical miles west of the Shetland Isles, and was therefore outside of the 12-mile jurisdictional limit in which the MCA can take action against foreign-flagged vessels. The investigation is therefore the responsibility of the flag state. The MCA’s Maritime Investigations Team has already sent a letter to the German maritime administration to raise its concerns.” 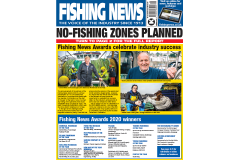 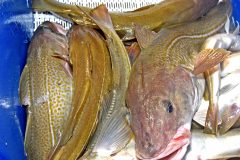