The UK government has set out what it describes as a ‘pragmatic’ new timetable for introducing full import controls for goods being imported from the EU to the UK.

Its statement explains: “Businesses have faced a range of challenges over recent months as they recover from the global pandemic which has impacted supply chains across Europe. This is being felt particularly by the agri-food sector, where new requirements on importing products of animal origin were due to be introduced from next month.

“Rather than introduce these controls at this time, the government has listened to those who have called for a new approach to give businesses more time to adjust.”

Under the revised timetable:

Minister of state at the Cabinet Office Lord Frost said: “We want businesses to focus on their recovery from the pandemic rather than have to deal with new requirements at the border, which is why we’ve set out a pragmatic new timetable for introducing full border controls.

“Businesses will now have more time to prepare for these controls, which will be phased in throughout 2022.

“The government remains on track to deliver the new systems, infrastructure and resourcing required.”

The UK government says it will work closely with the devolved administrations on the implementation of this new timetable, given their devolved responsibilities for agri-food controls.

The postponement of the new regulations, which affect imported animal products from the whole of the European Economic Area, have been welcomed by the Norwegian seafood industry, for which the UK is a major export market.

The Norges Sildesalgslag said: “This gives the seafood industry better time to prepare.”

The Norwegian minister of fisheries and seafood Odd Emil Ingebrigtsen said: “The UK’s withdrawal from the EU will lead to more comprehensive import requirements for Norwegian seafood exports, and it is important that we find good solutions so that the requirements are as little as possible an obstacle to exports.

“Even though we were prepared for the health certificate to be introduced from 1 October, I am glad that the United Kingdom now chooses to postpone until a better system is in place.” 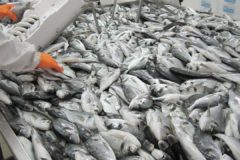 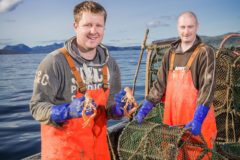