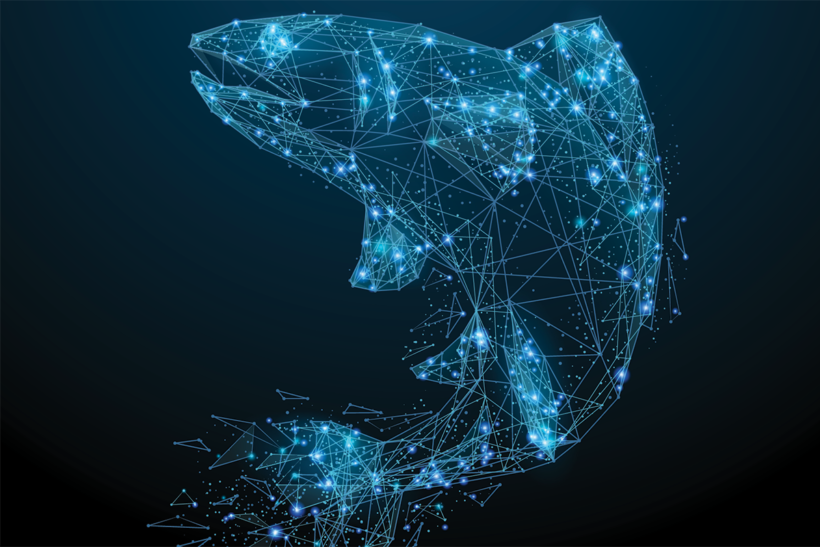 The Scottish fishing industry accepts that fisheries management should be informed by scientific advice. It should never be the only relevant factor, of course; other factors, notably social and economic objectives, have an essential role to play as well. On this point we believe we see eye to eye with the Scottish government and other stakeholders.

The question is not whether we need scientific advice, therefore, but whether the advice produced by ICES is adequate to inform fisheries management. We believe it is inadequate for this purpose: it is wanting in practice, and it is wanting in principle too.

In this paper we explain why we hold this view, and make two suggestions to improve the situation, one in the short term and one in the longer term.

Supporters of the uncritical application of ICES advice often fail to realise that the apparently impressive edifice of fish stock assessment is built on shaky foundations.

Firstly, ICES does not model changes in fish stocks on the basis of a known quantity at the starting-point; as many observers have pointed out, fish cannot be counted like trees. ICES models changes in fish stocks from a starting-point that is itself a modelled outcome. Secondly, the increasingly complex mathematical algorithms used are often based on simplistic assumptions, which if tweaked can make a considerable difference to the results obtained. And thirdly, these models depend on large sets of data collected over long periods of time. ‘Data deficiency’ affects several commercially important stocks, resulting in precautionary advice that has no scientific credibility at all.

In 2019, Dr Ian Napier reviewed ICES’s record in assessing trends in four key fish stocks and how well the predictions of changes in stock abundance matched the changes subsequently estimated to have taken place. In his report, he warned of “excessive confidence being placed in the estimates of fish stock abundance…. figures published in ICES Advice reports are interpreted as definitive statements of the ‘true’ abundance of a fish stock, rather than as estimates subject to uncertainty, error and potential revision.”[1]

While ICES itself does not make claims of its own omnipotence, it has become politically challenging to deviate from ICES advice even though the practical consequences of not doing so can be damaging. Suffice to mention just three recent examples.

1. The mackerel fiasco: ICES catch advice for Northeast Atlantic mackerel – Scotland’s (and the UK’s) most valuable fish stock declined from 857,000 tonnes in 2017 to 550,000 tonnes in 2018 and 318,000 tonnes in 2019. This steep decline in no way reflected the presence of this species on the fishing grounds, as reported by all European pelagic fleets. The advice for 2019 was particularly contentious, based as it was on an estimated spawning stock biomass (SSB) of roughly 2.35 million tonnes. This figure was far inferior to other, non-ICES assessments. Despite European Commission efforts to stick to the letter of ICES advice and slash quotas, industry helped to limit the damage to EU fleets when quotas were agreed among the four parties to the mackerel sharing agreement in late 2018. Needless to say, NGOs described the outcome as a licence to ‘overfish’ and recommended that consumers refrain from buying mackerel as a result.

Having reviewed its modelling and adjusted its algorithms for the impact of one data source, ICES announced in 2019 that the ‘right’ number for that year should have been 770,000 tonnes, with an SSB estimate now at over 4 million tonnes. Moreover, in its advice for 2020, it said that total catches should be limited to 922,000 tonnes.

Without dwelling on the twists and turns of this saga, neither the fishing industry nor government can be expected to lend ICES a sympathetic ear. For a stock as large and as historically stable – as far as we know – as mackerel, advice that swings from 857,000 tonnes to 318,000 tonnes then back up to 922,000 tonnes over just three years is so unreliable that following it to the letter would have rightly been regarded as absurd.

2. North Sea cod – by ICES’s own admission: quite apart from its acknowledged failure to take account in advice of the changing distribution of this stock from the southern to the northern part of the North Sea, which has serious implications for the whole of Scotland’s whitefish fleet, ICES has implicitly acknowledged its poor record on assessment.

In his discussion of ICES assessments, and specifically on North Sea cod, Dr Napier pointed out that “as a result of the changes to the assessment methodology and other factors, there has been substantial variability in ICES estimates of the SSB of North Sea cod over the last decade. For example, estimates of what the SSB was in 2008 have ranged between 33,000 and 84,000 tonnes, while those of the SSB in 2015 have varied between 81,000 and 154,000 tonnes. Over the 10 years from 2008 to 2017 the average range of SSB estimates was 58,000 tonnes.”

ICES advice may be the best science we have, but even for this iconic stock the assessments on which advice is based are subject to revisions that dwarf annual catches. That factor alone should be enough to give pause for thought.

3. Northern Shelf haddock – whoops: as ICES itself confessed in November 2016, “an error in the computer code used for the 2015 assessment was found during the 2016 interbenchmark protocol for this stock”. This was its explanation for the change in its catch advice for 2017 from a 30% increase to a 45% cut. Just as with mackerel two years later, wild swings in ICES advice were seized upon by NGOs as evidence of an irresponsible fishing industry, with dire warnings to consumers. While ICES holds no brief for NGOs, the fact remains that slavish adherence to its advice can and does send misleading messages to the markets.

For some stocks, management plans limit year-on-year swings in TACs – typically to 20% either way – to smooth out variations in catches that could otherwise follow from accepting ICES advice. In a sense, these sorts of limits allow managers to justify departures from ICES advice, although why they feel they should have to do so in the first place is a good question. Rather than to extend variation limits to all stocks, we should be asking ourselves why we need them at all. Being afraid of NGOs is not a satisfactory answer.

An objection in principle

As a matter of good governance, scientific advice should itself be corroborated and derived from more than one source. While this principle appears to be widely understood in other areas of government policy, it is ignored for fisheries. Indeed, we wonder if there is any other area of policymaking that relies on uncorroborated scientific advice from a single source.

We assume that it is normal practice for the government to seek confirmation or corroboration of scientific findings that affect policy outcomes. After all, confidence in scientific results is enhanced when similar results are obtained from different sources. Further assurance is provided through the process of peer review, whereby scientific methods and conclusions are reviewed by independent experts not involved in the original research.

The relationship between fisheries management and fisheries science does not follow these normally accepted principles:

Without questioning the knowledge, expertise or integrity of fisheries scientists, the fact remains that fisheries science is essentially a monoculture. Virtually all fisheries research and stock assessment is carried out by government-employed scientists employed in a small number of national institutes and working within the ICES framework. It is difficult to introduce advice or information from outside this system, and we lack a formal system that would ensure it can be presented.

We recommend the establishment of a Fisheries Advice Panel charged with reviewing scientific advice for the benefit of the Scottish fisheries minister, particularly in the context of international negotiations over Total Allowable Catches (TACs) and quotas.

We draw inspiration from an unlikely source: the Bank of England’s Monetary Policy Committee. Although UK monetary policy is intended to meet specific objectives, there is no automatic policy response to new data. The MPC is charged with evaluating new data and weighing it in the light of other information; it can be said to act as a buffer between ‘scientific’ information and the policy outcome.

In the area of fisheries management, a Fisheries Advice Panel would act in the same way. More specifically, it could sift and evaluate ICES advice before it is presented to ministers.

This need not be an onerous process. We suggest that every time that ICES publishes advice on stocks of interest to Scotland, the Panel meets and considers the advice, stock by stock. In essence, it would be asked to report to the fisheries minister with an opinion on the advice for each stock, this being ‘credible’ or ‘unreliable’. Where the Panel considers ICES advice for a stock to be unreliable, the minister would have a perfectly valid and accepted reason to depart from that advice in formulating a negotiating position.

The idea, of course, is that manifestly erroneous assessments produced from ICES modelling can be set aside, pending correction. While Scottish ministers can do that already, the political realities can make that unnecessarily difficult. Having a respected Panel that declares ICES advice for particular stock to be unreliable could help avoid unnecessary damage to the fishing industry and improve the credibility of fisheries management more generally.

As far as membership of a Fisheries Advice Panel is concerned, we would restrict it to scientists not directly involved in ICES, a small number of working fishers and other individuals that can take a view based on some other independent expertise. For obvious reasons, we would not envisage the inclusion of stakeholders that merely repeat the sanctity of ICES advice or take instruction from international bodies based in other parts of the world.

Given the dire circumstances of Scotland’s whitefish fleet in 2021, which largely reflect ICES advice on a particular stock that borders on the insane, we would urge the government to set up such a Panel this year, ready to consider the ICES advice due in June.

Clearly, this would require careful thought. But the timing for such an initiative could hardly be better, as the Scottish government now has responsibility for fisheries management in Scottish waters and plays a vital role in determining the UK’s negotiating position in international quota talks.

Any scoping work might want to consider the advisory role of scientific bodies in other countries. Among our neighbours, Norway’s Institute of Marine Research cooperates with ICES in generating ICES’s own advice “for some populations that Norway manage alone (e.g. snow crab and king crab). The advice goes directly from IMR to the Ministry of Trade, Industry and Fisheries, which sets quotas for these stocks.” In Iceland, the Marine and Freshwater Research Institute formulates advice “based on international agreements and standards. The assessment and advice of the main Icelandic stocks is reviewed annually by ICES.” In other countries often cited as good examples in fisheries management, such as Canada, advice can be formulated without reference to ICES at all.

Scotland would not necessarily be starting with a blank sheet of paper in looking at ways of formulating its own advice for a few selected stocks. Independent fisheries research capability already exists within UHI (SAMS and NAFC Marine Centre), for example, not to mention the Universities of Aberdeen and St Andrews.

We repeat that we are not looking to supplant or downplay ICES’s role in providing fisheries management advice. Clearly ICES will remain the dominant provider of such advice for the foreseeable future. But we have good reason to believe that an alternative view on major stocks would add considerably to the quality of management decisions. 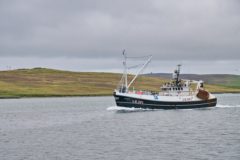 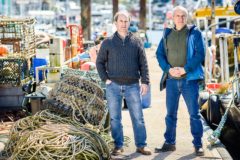