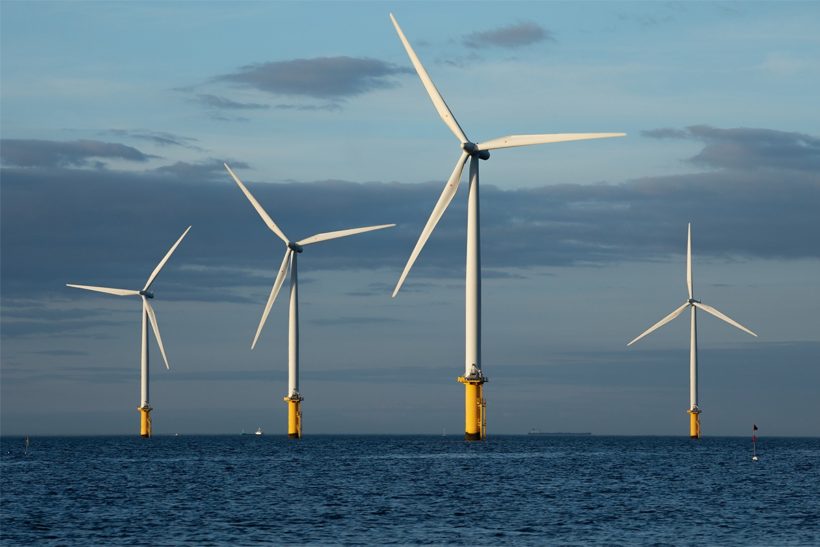 DEFRA secretary George Eustice was asked last week whether the government will compensate fishermen for the growing loss of fishing grounds due to the expanding offshore wind farm sector, MPAs and other changes in marine use, reports Tim Oliver.

Dale Rodmell, who took over as CEO of the Eastern England FPO on Monday this week, told George Eustice that there is ‘ever-growing concern’ over loss of fishing grounds. This was highlighted again last week by a statement from the Crown Estate charting the path for another four gigawatts of generating capacity for floating offshore wind farms by 2035.

Dale Rodmell also pointed out that pilot schemes are coming soon for highly protected marine areas (HPMAs), and both they and floating wind farms ‘look very much like exclusion zones for fishing’.

The issue was raised with the DEFRA secretary when he attended the NFFO AGM, held online last week.

The call for compensation for the fishing industry was backed by John Balls of the North Devon Fishermen’s Association, who said fishermen in his region would be badly hit by planned floating wind farms in the Celtic Sea.

Dale Rodmell, the outgoing NFFO assistant chief executive, told George Eustice: “If we compared what’s happening at sea to on land, we’d expect to be seeing either compulsory purchase orders, formal compensation arrangements or at least the principle of public money for public goods being applied in these circumstances.

“That’s something we’re not seeing in the marine environment, and my question to you is: what is the government going to do ultimately for those businesses who would be severely impacted by the plans as we move forward?

“Are we going to see compensation arrangements for the loss of livelihoods that would result in those cases – and bearing in mind, when you look at HPMAs, we’re told they need to be a minimum of 25km2 which, if applied in inshore waters, could have a severe impact on the inshore fishing communities that would be unable to fish elsewhere?”

George Eustice said this was ‘a really important challenge’ that he was concerned about. He said DEFRA was doing ‘quite a detailed piece of work in this area to try to identify some solutions’ – but he dodged the issue of compensation.

He said: “Six months ago, I asked my department to start a comprehensive piece of work looking at this issue, which as we heard is quite a significant increase in offshore wind, initially in the North Sea – but you’re right, plans in part of the Celtic Sea as well for floating offshore wind.

He said part of the solution might be to make it a condition of permitting wind turbines that they must be built in such a way as to enable fishing to continue around them. That would have consequences for the way cables were laid, and it would also be important to ensure that fishermen were not held liable if their gear snagged on an offshore construction.

“We would need to be considering how you enable the co-existence of fishing with some of this marine energy, if it’s done on the scale that’s envisaged,” said George Eustice.

“The other thing we are considering in the context of MPAs is whether there is scope for co-locating some of that type of protection alongside where you’ve got some of the wind developments, so that you’re overlapping those two protections, rather than just seeing ever more displacement of fishing grounds.”

John Balls told the secretary of state that the plans for wind farms in the Celtic Sea in the future were ‘absolutely a major issue for the fishing industry – whether it be inshore or offshore, you’ll get displacement’.

Reminding George Eustice of an earlier conversation where the minister had stated his intention to rebuild coastal communities, he asked the minister: “How can you possibly imagine a youngster coming into this industry when you’re going to have floating wind farms put in place, and they are going to be no-take zones?”

George Eustice said it would be important to ensure that wind farms were either deployed in areas that were not fishing grounds or, if they were in a fishing area, to promote co-existence so boats could fish around them. That might have design implications for wind farms, and ‘we’re doing that piece of work’. 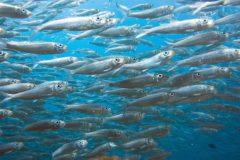 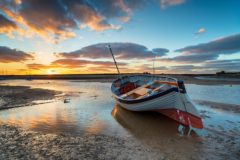