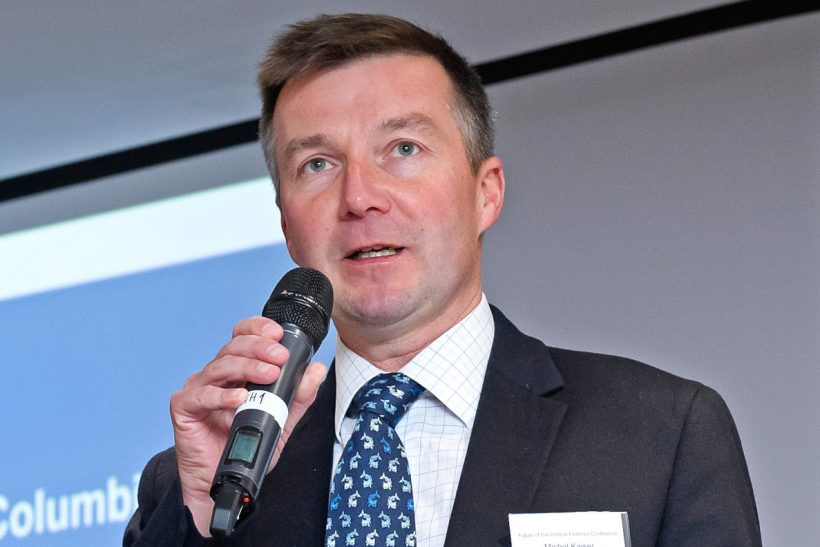 A landmark step towards a new deal for UK inshore fishermen was taken last week, when inshore fisheries were in the spotlight at an unprecedented two-day conference, reports Tim Oliver

Around 50 inshore fishermen from throughout the UK, as well as industry leaders, policy-makers, research institutes and environmental groups, met in London to discuss and consider possible fisheries management models.

The Future of Our Inshore Fisheries was the first step in an ambitious project that aims to transform UK inshore management over the medium to long term and ensure a thriving marine environment and coastal communities in the future.

Speakers from around the world and the UK highlighted the problems of managing inshore fisheries, and ways in which they had been addressed in different countries.

The conference aimed to establish a blueprint for the future management of inshore fisheries and lay the foundations for collaborative management in the future.

Speakers stressed the need to build awareness, understanding and consensus among those who would be involved in the future management of inshore fisheries.

They presented examples of fisheries management solutions, and shared best practice from Canada, the USA, Norway, Denmark and New Zealand. Round-table sessions then discussed the presentations and their relevance to the UK.

The conference, convened by an industry-led steering group and facilitated by Seafish, was held as the new fisheries bill that will enable a new fisheries management regime to be set up after Brexit is making its way through parliament.

Giving his support to the conference, which was attended by DEFRA, the MMO and IFCA officials, fisheries minister George Eustice MP said: “We recognise the importance of the inshore fleet, which is at the heart of many coastal communities. That’s why it’s vital that the views of inshore fishermen are taken into account as we take back control of our waters and build a sustainable, profitable and fair fishing industry for all of the UK.

“It is only through industry, scientists, regulators, UK government and devolved administrations coming together and learning from the best that we can develop tools to allow a more responsive, locally appropriate, sustainable and profitable approach to the management of our varied inshore fisheries.”

Opening the conference, Andrew Wallace, fisheries director of the Fishmongers’ Company, one of the numerous conference sponsors, said that management of the inshore sector had been put into the ‘too difficult’ tray for too long, and that there was now a unique opportunity to restructure its management.

The industry was fragmented and complex, and it would be a long-term process – but the industry was ready for change, and the conference would ‘capitalise on an opportunity whose time has come’.

Alan McCulla, chief executive of the Anglo North Irish FPO and a member of the project steering group, said that the examples of fisheries management from around the world emphasised what was possible for inshore fisheries across the UK, both in terms of sustainability and economic return.

He said: “The steering group has brought together industry, government and others to work together on this ambitious project. We have a unique opportunity to make this work, and the continued support and effort from all involved is essential if we are to achieve genuinely collaborative management of our inshore fisheries in the future.”

Alasdair Hughson, fisherman and director of Keltic Seafare in Dingwall, said that while fishermen tended to look at local management problems, ‘when you meet fishermen from across the UK, you find that the problems we face are often quite similar’.

He said that the conference gave fishermen attending a wider overview, and the opportunity to hear new ideas. He hoped that it would give fisheries managers ‘a better appreciation of the issues fishermen are facing’.

Aubrey Banfield, a fisherman from the south coast of England, said: “Fishermen have never been in the room discussing these things before, and there is a lot of confusion about how we got to be where we are, and what the thinking behind the decisions has been. Just talking to fishermen about how they see things can change perceptions immensely.”

He said there needed to be an end to the ‘sticking plaster here and there’ approach, and ‘a full focus on what we can do to fix everything in fisheries management and licensing as a whole, and come up with a solution that benefits all’.

Jerry Percy of NUTFA, a member of the steering group, said he hoped that the conference would act as a catalyst for fundamental change.

“The proof of the pudding will be in the eating,” he told Fishing News. “Either it’s going to be a catalyst to make serious change, or it will be just another couple of days talking about the issues and not really getting on with it.

“We can no longer tinker at the edges. One would hope the conference will act as a catalyst for a root-and-branch reform of the management of both inshore and offshore fisheries, and access to the resource in the future.”

He added: “It was very clear that DEFRA are in listening mode. After decades of banging our heads against a brick wall in terms of the changes required, that’s a breath of fresh air.”

Over 50 bursaries were provided by Seafarers UK, Trinity House, the Co-op, M&S, Macduff Shellfish, Seachill, Young’s and Seafish’s regional advisory committees, to ensure that fishermen were able to take time away from fishing to attend the conference.

More details of the conference will be included in a future issue of Fishing News.

‘Beginning of a process’

Professor Michel Kaiser, who chaired the conference, stressed that it was just the beginning of what would be a continuing and, at times, difficult process.

Without follow-up, it would be ‘a great missed opportunity’. There now had to be ‘a programme of activity beyond this event’ to take things forward.

A key point that had emerged from the conference was the need for co-management with government, and for the industry to be ‘legitimately part of the decision-making process’.

But it was also clear from the presentations and the ‘groundswell of opinion around the room’ that this was not an easy process, and would take time.

“It will be bumpy, we’ll fall out, we’ll encounter problems, and we’ll need to find solutions,” he said.

The Isle of Man had been one of the first to start co-management, which had been going for five years, said Michel Kaiser. He had been involved with the process, and it had ‘not been a bed of roses’.

“But it is working, and slowly but surely, people learn by mistakes, learn what works and what doesn’t.”

Another key point to emerge was that a lot of conflict is due to competition for marine space, and a lack of equal access to resources and/or space.

“Basically, everybody here is trying to make a living, run a business. There should be space enough in the sea for everybody to get along. It’s about deciding the mechanisms about how you arrive at those decisions as to how we fish, where we fish and how we interact within the industry, and with other industries as well.

“That’s key. We probably haven’t given enough effort over to that, to date.”