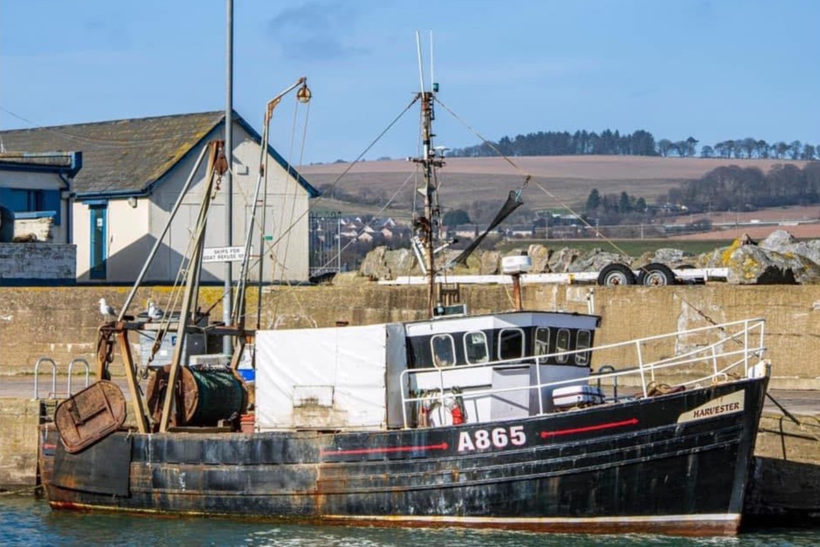 It is likely the last time the vessel will be seen in the seas off Stonehaven, as it is now on a voyage to Wick, to be handed over to its new owner, who will operate it from Scourie, near Kinlochbervie.

Mr Balgowan grew up on a farm and first went to sea in October 1960 on the Loyalty, which sank some 10 months later. Undeterred, he went on to take ownership of a succession of boats: the Brothers, two boats called Sweet Promise, the first being the Gaelic version of the name, and then the Harvester, which was built at Mallaig in 1973.

Seeing the boat off at the quayside was Ian Shearer, who joined Ian Balgowan at sea 52 years ago. Harbour master Jim Buchan was also there, and described the departure of the fishing vessel as the end of an era. 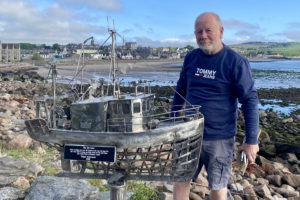 Stonehaven sculptor Jimmy Malcolm with his tribute to the Harvester.

But the boat’s place in the town’s fishing heritage – and the friendship of the ‘twa Ians’ is now celebrated in the characteristically detailed and quirky style of resident sculptor Jimmy Malcolm.

Crafting the Harvester sculpture took him 156 hours, Jimmy Malcolm said. And so familiar is he with the vessel, he worked mostly from memory – with the odd trip down to the harbour to have a look.

The sculpture’s installation was timed to coincide with the Harvester’s departure from Stonehaven last Wedneday morning. 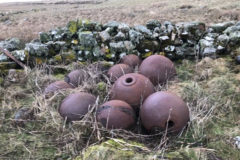 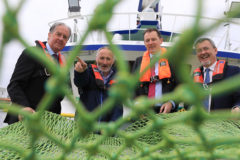