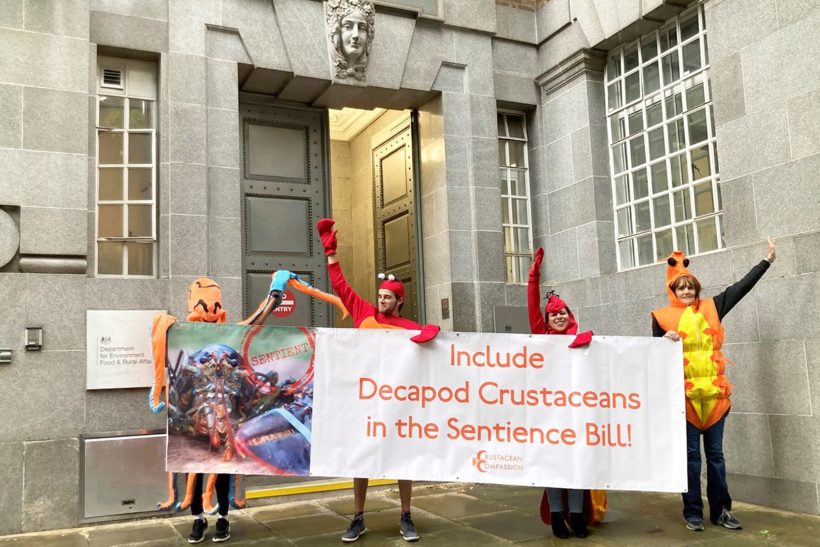 It will become illegal to boil crabs and lobsters alive, or send live lobsters through the post, if legislation now going through parliament is passed, reports Tim Oliver.

Last week, peers in the House of Lords put forward amendments to the Animal Welfare (Sentience) Bill to recognise that crabs and lobsters can feel pain.

The campaign group Crustacean Compassion has lobbied hard for crustaceans to be recognised as sentient in the bill, which could see the animals given new legal protections that would mean that boiling alive, and possibly live exports, would become illegal.

The Lords amendment also requests that cephalopods, which includes octopus and squid, are also protected by the bill, and has set alarm bells ringing throughout the shellfish industry.

David Jarrad, chief executive of the Shellfish Association of Great Britain (SAGB), who expressed concern at the issue at the SAGB conference in May, said the implications could be very serious depending on how many of the Lords’ amendments are included in the bill.

“If all crustacea are included in the bill, and it says that crabs and lobsters are sentient, it could have a major impact on the complete supply chain, from fishermen to consumers and everybody in between,” he told Fishing News.

“It will undoubtedly have a big impact on the processing sector – and domestic consumption will possibly go out of the window altogether.

“A lot of restaurants may refrain from using live product because they don’t want the expense of having a CrustaStun-type machine that zaps the animal before cooking.

He pointed out that most lobsters are sold live because restaurants like to buy live lobsters and that the crab trade is part processed, part live exports. “There is a threat to the sector as a whole, and particularly on potential problems with live exports.”

He said that Crustacean Compassion has engaged with DEFRA about the issue over the past couple of years, and DEFRA has, in turn, engaged with SAGB and the shellfish sector.

He said that crab and lobster are well looked after by wholesalers because they do not want them to die and cost them a lot of money. “Common sense says you look after an animal that costs you if it dies,” said David Jarrad.

He said all the big crab processors in the UK use electro-stunning, which results in a better product, and would carry on doing so.

The SAGB chief said he believed it was ‘far better’ for the shellfish industry to work with Crustacean Compassion and DEFRA than to adopt a confrontational stance.

“We must engage on this issue, because we can’t win the moral argument,” he said.

“We need to work with them on designing and creating industry codes of conduct to improve husbandry and handling throughout the whole supply chain, from catching, storage, processing through to caterers and restaurants.

“We could end up producing codes of conduct for fishing vessels, transport, catering establishments, processors, a different one for each. That’s the way I think it should go.

“It’s better to do that than to be confrontational – we need to work with them and improve best practice throughout the supply chain.”

Background to the bill

The government introduced the Animal Sentience Bill on 11 May as part of a raft of animal welfare reforms. It replaces EU legislation that legally recognised that animals can feel pain and experience emotions.

The UK Animal Sentience Bill currently only applies to ‘vertebrate’ animals – those with a backbone. But Crustacean Compassion, whose supporters include Chris Packham, Bill Bailey, the RSPCA and the British Veterinary Association, argues that the bill does not go far enough.

It says scientific evidence shows that ‘decapod’ crustaceans, a group that includes crabs and lobsters, can feel pain and suffer, and should be included in animal welfare legislation.

In 2020, in response to pressure from animal welfare campaigners, the government commissioned an independent scientific review of the evidence for the sentience of decapod crustaceans and cephalopod molluscs. However, it has given no release date for the report.

Some other countries such as Switzerland, Norway and New Zealand include decapod crustaceans in their animal welfare laws, but they are not currently included in the definition of ‘animal’ in most of the UK’s animal welfare legislation.

Maisie Tomlinson of Crustacean Compassion said: “We hope the House of Lords votes to accept this amendment at the earliest opportunity. Decapod crustaceans are Britain’s forgotten animals, widely recognised as sentient but subject to brutal treatment in the food industry.

“The government made a manifesto commitment to promote high standards of animal welfare, and prides itself on being led by the science. It cannot decide which animals are sentient based on political convenience, and if the independent review of decapod and cephalopod sentience is so critical to the Lords’ decision-making, we urge them not to delay its release any further.”

This story was taken from the latest issue of Fishing News. For more up-to-date and in-depth reports on the UK and Irish commercial fishing sector, subscribe to Fishing News here or buy the latest single issue for just £3.30 here. Main image credit: Charmaine Evans 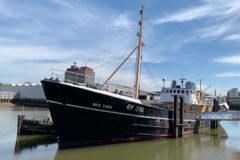 Grimsby set to celebrate the sea 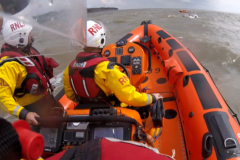