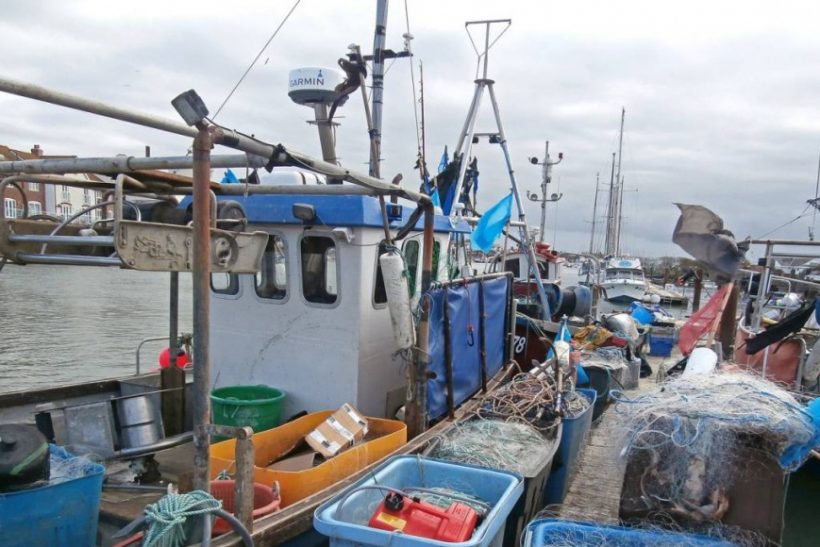 Littlehampton fishermen share their concerns for state of the industry

When Fishing News last visited Littlehampton, in September 2011, there was a lot of frustration from the fishermen due to having their pontoons removed and being forced to moor on the other side of the tidal Arun River, restricting their time at sea, reports John Periam.

Above: Pontoons get very full of fishing gear when boats are moored up, restricting crew and storage space.

There have been a lot of changes to the town since then – mostly to attract the tourists, while at the same time giving property developers the opportunity to build riverside houses for the better-off. It is a sign of the times, and now the riverside walks have been upgraded and tourists fill the restaurants, while their children fish for crabs. 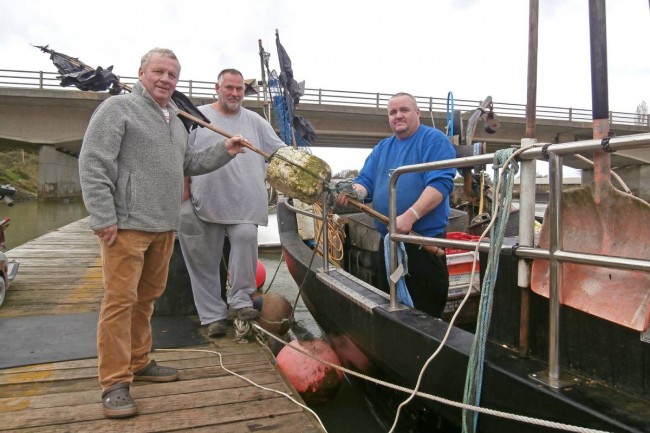 The town encourages visitors by offering free parking in many areas, which supports many of the established family businesses.

Browns Seafoods is based on the Riverside Industrial Estate. It was once called Aglaia Seafoods, which was founded some 31 years ago by the grandfather of the current manager Jay Hunter. Browns purchased it 10 years ago to add to its branch in London-based Park Royal, which has 12 vans that distribute across the city.

Jay said: “Several of the local fishermen source their catches via us. There is room for all, and in this competitive market, price is what it is all about. Fishermen’s mobile phones are very active as they return from a day’s fishing. There are other established wholesalers along the coast and we respect each other. I have some excellent restaurants that we supply, and product quality is what it is all about. As the saying goes ‘It is not the first order that counts, it is the repeat orders that are most important’, and we work with the proprietors to make sure we can provide the service.” 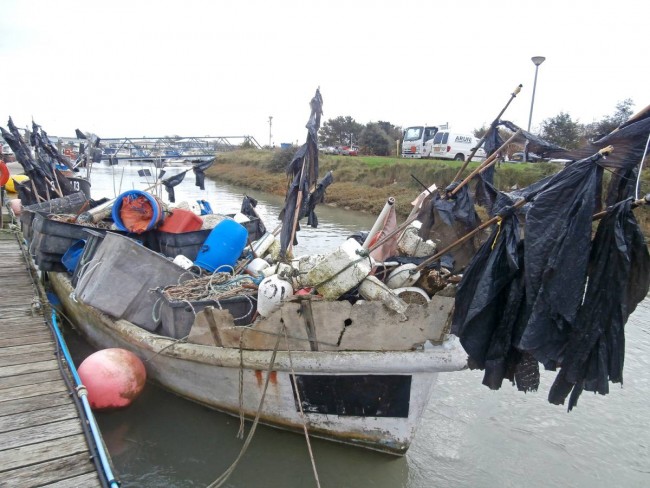 Pontoon berths are being paid for so older boats can be used for storage by the fishermen.

Riverside Fish is another company that has seen an expansion in its sales. Its busy hut on the newly-developed Riverside Walk attracts a lot of day-trippers, and is managed by Simon Finch. A regular customer, Cindy Miller, told Fishing News: “It reminds me of my childhood days. They always have a nice display; the grandchildren love seeing such an assortment of fish. There is a lot of activity on the water, with fishing boats and the local RNLI Lifeboat crews on exercise. Spending a day by the sea is an education, and fishermen play such an important part in doing just that.”

Sadly, it is not the same for the fishermen. Danny Clark and Sean Hunter both fish from the pontoons in the marina. “The tourists wave to us as we go to sea; if only they knew of the current hardships that we are facing. We are typical of the small fishing ports that you can see around the UK coasts.”

‘Has the mooring situation resolved itself?’, asked Fishing News. “No!” said Sean. “Had it not been for the marina we would have had nowhere to go. The Harbour Board removed all the moorings, and to this day they are still derelict. The ones along the riverside walkway are for angling boats. We get no support in any way from them. At the marina we pay £50 a week per boat to moor, but have no storage facilities – that is why I am paying for three berths so that two can have old boats that are used for storage.” 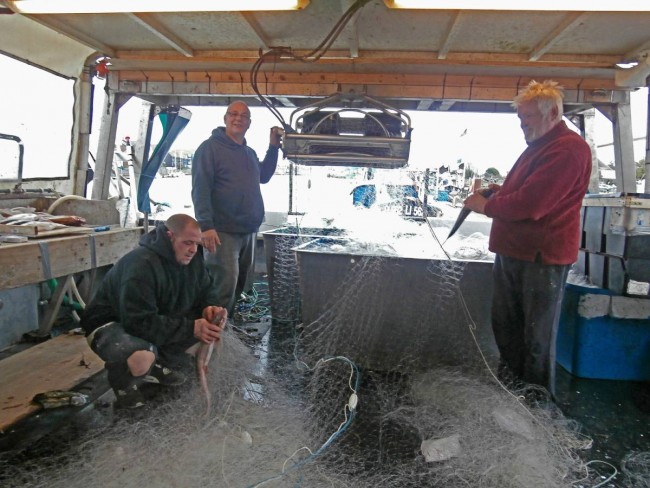 Paul Hill, Paul Chiles and John Kendall sorting out the nets on Voyager.

Sean went on to say with some amusement, “We have now purchased some old mobility scooters so we can transport our catch to our vehicles. Please don’t get me wrong; the marina is supportive – in layman’s terms: no marina, no fishermen!”

Quotas are what this industry is all about, and 7D, which is Littlehampton’s area, is always at the bottom of the list. “Last week they reopened the undulate fishery – we have a large one here and Jersey has another. The dividing line is outside Portsmouth. They have 22t and we have two as our allowance. Undulate skate are just like greenfly in a rose garden to us, as there are certain areas that an unwanted over-catch destroys our gear,” said Danny.

“As for cod, there is plenty of it – but we can’t catch it. If you look at AIS on the computer, as I do every day, there are currently three 150ft factory ships in the channel off 7D and two 55ft pair-trawlers which you can see most days at sea. How come these boats are allowed to work, while we have no quota?” 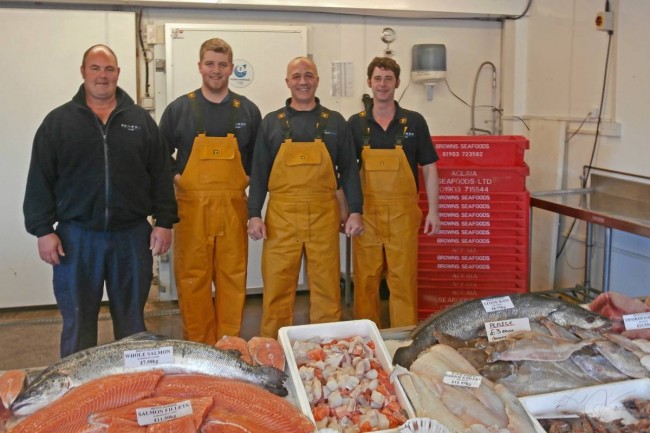 The Littlehampton fishermen have traditionally always made a living by working at most a mile off shore. Due to the fact that they can’t catch cod, they have to target sole, which takes them up to four miles off. We work single-handed, and it is putting our lives at risk. This was proven today as Sean returned back from a trip in weather he should not have gone out in.

“Inshore fishing is a cottage industry and we don’t need a quota; we need to be able to catch fish when we can. The weather is our quota. Last week I did not earn a penny. Gear is costing more, I have nets that have not been used, and the planned change to bass size from 36cm to 42cm will mean some of my current nets are useless,” added Sean. 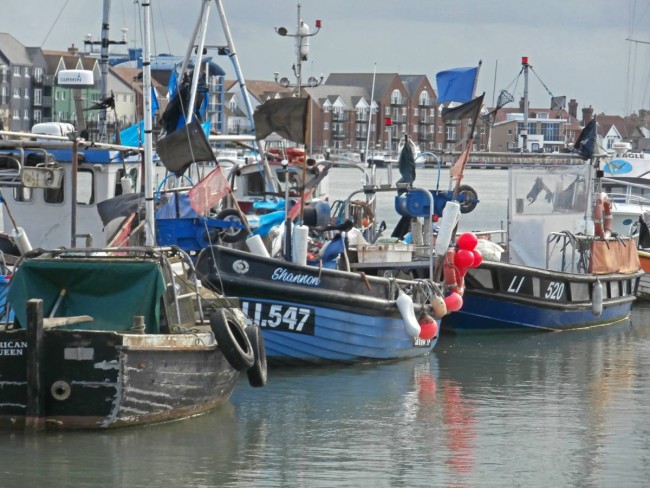 Boats moored-up with the new empty pontoons on the opposite side of the River Arun, where the fishing boats used to be.

There is support from Nigel Graffam, the Duke of Norfolk’s estate manager, who feels the fishermen have not been treated well, and if there was an opportunity to allowing mooring on their estate they would do just that. He has spoken to the Harbour Board and received no positive response.

A planned MCA will have an effect on shellfish and, likewise, the new windfarm could offer some small restrictions. As soon as one problem goes away, another arises. “If the British public read Fishing News they would have a different view on the state of the fishing industry. It is time the national press supported us like they do the farming industry, providing they gets their facts right,” said Mike Mayers, endorsing Sean’s comment. 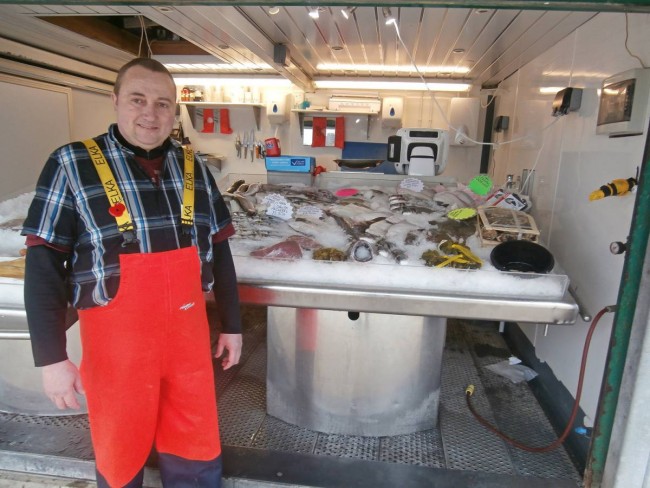 Simon Finch, manager of Riverside Fish likes to make sure he has a nice display of fish for his regular clients and visitors.

Moving up-river I went to meet Paul Chiles, skipper of Voyager, a South Boats catamaran – he moors here because he can rent storage space. “She is 14 years old and a proven workhorse,” said Paul. “The Harbour has made promises over the years, which have not happened. What with that, and the quotas, we wonder if it is worth going to sea. Basically we have no species left now to fish. Bass has been banned for six months – we have 50kg of cod, 20kg of skate, quota-wise, and a tonne of sole, which we can’t fish for.”

Support for the governing bodies in the UK was there. Paul Johnson the Regional Principle Fishing Officer for the MMO is felt to be doing a good job, considering his hands are somewhat tied by Brussels. Likewise, the IFCAs are protecting the established fishing industry. Conservation is important, providing it is controlled and the increase in illegal fishing methods are monitored. 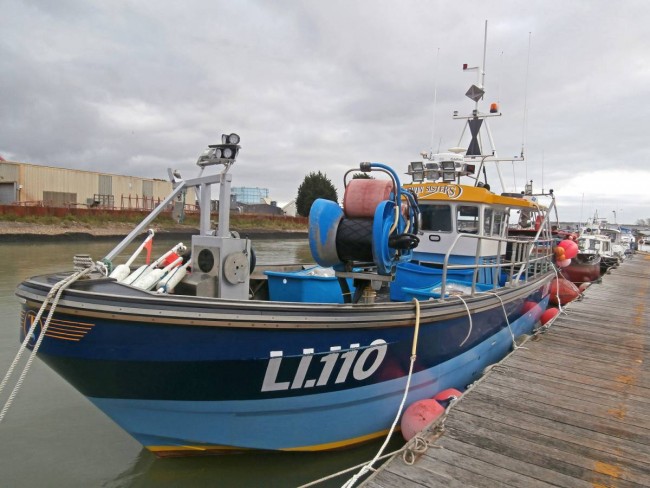 In conclusion, both of the major fish outlets at Littlehampton showed their concerns for the current state of the industry. “It is sad to see local fishermen having to risk their lives going to sea in inclement weather to catch fish. We should be able to purchase fish from the fishermen I can see each day moored across the water. What we now purchase is very little compared with fish we have to import from other ports. It amazes me how some have managed to survive. They are a hardy bunch. I try to explain as often as I can to my customers the problems this industry is going through. The industry always gets a national mention when a fisherman is lost at sea, but there is very little about the conditions they currently have to work in,” said Jay Hunter. 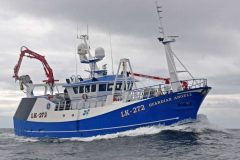