The MCA has launched a consultation on changes to the Merchant Shipping Act that would give it a wider range of enforcement powers.

They would include an increased capacity to impose fines for breaches of regulations, as an alternative to criminal prosecutions.

The MCA says that it has more limited powers to impose civil sanctions than other national enforcement bodies. Consequently, it is mostly reliant on the use of informal warnings, prohibition and improvement notices on the one hand, and criminal sanctions – alongside some existing limited civil sanctions – to punish both minor and serious offences, and breaches of merchant shipping legislation, on the other.

“This creates a situation where anyone in breach of a regulation could end up with a criminal record for committing a minor offence or, alternatively, offenders might receive an informal warning in cases where it is not in the public interest to prosecute, giving no incentive to encourage compliance,” says the MCA.

Covering commercial vessels including fishing boats, the proposals to amend the act would allow the MCA to impose fines ranging from £250 to £50,000, among other measures.

Currently, the MCA can bring criminal prosecutions which can result in imprisonment, but it points out that many cases it investigates are ones where it would be more proportionate to hand out a fine – for example, where a commercial fisherman is found to be fishing without wearing a personal flotation device (PFD).

Neil Cunningham, head of compliance at the MCA, said: “These rules are designed to keep people safe. But we continually review in line with our stance as a modern progressive regulator to look at how we might better encourage compliance without compromising safety.

“The consultation is part of an ongoing review of how the agency could better enforce breaches by increasing the civil sanctions it can hand out to those breaking the rules.

“The current powers can also often see offenders being given an informal warning, as breaches aren’t serious enough to warrant imprisonment.”

The MCA says the new proposals aim to provide a stronger incentive to comply with the law – for example, if it is known that a spot fine could be handed out. However, persistent offenders and those who commit serious breaches of the law would still face criminal prosecution.

The NFFO said it would be considering the consultation at its next executive meeting. 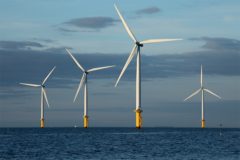 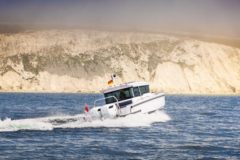