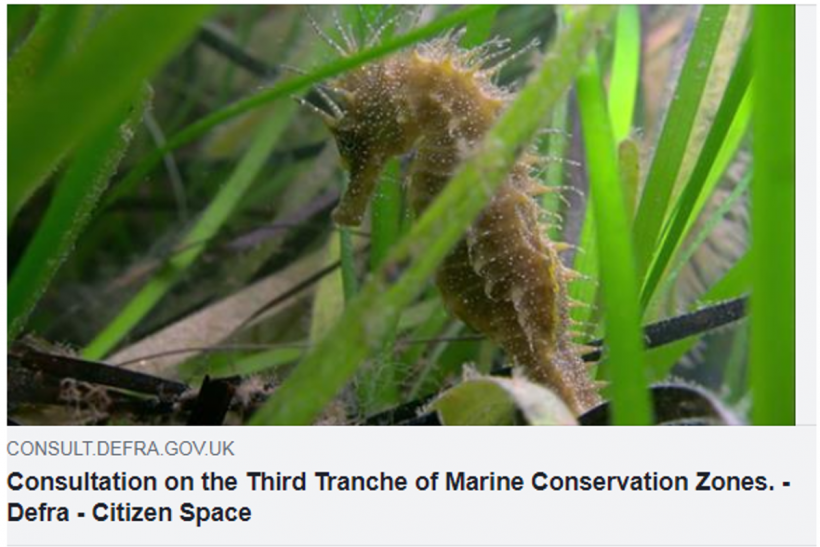 Forty-one new Marine Conservation Zones (MCZs) are to be established around the coasts of England and offshore Northern Ireland, reports Tim Oliver

Environment secretary Michael Gove announced a consultation on the sites on World Oceans Day last week. Views will also be sought on proposed new features to be added to 12 existing MCZs.

The new areas will cover almost 12,000km2 – an area almost eight times the size of Greater London. They will bring the total area of protection to over 32,000km2, and were described as ‘the most significant expansion to date’ of the UK’s network of MCZs.

They will span all of England’s coastline, from the South West to Berwick on the Scottish border, with two sites in Northern Irish offshore waters.

No new activities harmful to the marine environment, such as dredging, or significant coastal or offshore development, will be allowed in these areas. Existing harmful activities will be minimised or stopped, to allow important habitats to be restored over time.

The consultation will last for six weeks until 20 July, and this third and final tranche will be designated within 12 months of the consultation.

Michael Gove said the MCZs were an important step towards completing the ‘Blue Belt’ of protected areas around the UK. They would protect habitats for future generations, and put the UK ‘at the forefront of marine protection’.

DEFRA said: “Together with other types of MPAs, these proposed sites will substantially complete the ecologically coherent network of MPAs around our shores, helping to deliver the UK government and administrations’ vision of clean, healthy, safe, productive and biologically diverse oceans and seas.

“We have been working with the devolved administrations, the Joint Nature Conservation Committee (JNCC) and Natural England to take stock of the habitats and species protected in existing and planned MPAs, and fill residual gaps within the network. The features protected in these proposed sites have been chosen to fill gaps in the current network, such as where a species or habitat is currently not protected in a region, or where only a very small proportion is protected.”

Fifty zones have already been designated around England as part of the UK’s ‘Blue Belt’ programme. The first tranche of 27 zones was designated in 2013, followed by a further 23 sites in 2016.

MCZs are just one type of the various marine protected areas (MPAs) in place around the UK that currently cover a total of 209,000km².

If approved, the new tranche will take the total figure to around 220,000km² – meaning two-fifths of the UK coast would be protected.

All the UK administrations are committed to an ecologically coherent network of MPAs in the NE Atlantic. The UK has almost 300 MPAs, covering almost 24% of UK waters.

In Scotland, there are 31 MCZs, which are called Nature Conservation MPAs (NCMPAs). Scottish ministers are planning to consult in 2018 on four additional proposals, primarily for mobile species such as basking shark and minke whale.

There are 134 MPAs in Welsh waters and five MCZs in Northern Irish waters, and assessments are currently underway to fill in small gaps in both networks.

The consultation can be found at: bit.ly/2Jrncmt

The Marine Conservation Society (MCS) welcomed the announcement, but said it was essential to have a ‘whole-site’ approach to managing the MCZs, rather than just protecting the vulnerable parts within a site.

Dr Jean-Luc Solandt, MCS specialist on MPAs, said: “At last we are seeing the opportunity to provide more comprehensive protection, across a variety of habitats that can protect fish as well as worms, prawns, reefs, lobsters, coral and sponges. So far, management of England’s MCZs hasn’t resulted in any meaningful recovery. Perhaps this new approach will finally meet our goals for these important areas.”

MCS said sound scientific advice had been ignored in the past, when plans to protect many important sites, with plentiful evidence, were shelved.

Adequate funding must also be found, to ensure the sites ‘are not protected in name alone’.

Commenting on the new proposals, and MCZs in general, at the NFFO AGM in London last week, chief executive Barrie Deas warned of the dangers of massive effort displacement if fishing was stopped in MCZs.

He said the NGO calls for a ‘whole-site’ approach to managing MCZs would effectively make them no-take zones, but the federation ‘took some comfort’ from George Eustice’s position – that DEFRA would continue with an evidence-based approach that would allow for fishing to continue within MCZs.

There was concern that Michael Gove appeared to be sympathetic to the fundamentalist position advocated by some NGOs. Barrie Deas said that if the whole-site approach was combined with the ambition to have 40% of waters designated as MCZs/MPAs, it would create ‘a huge displacement problem’.

“There will be a serious impact if a ‘purist’ approach is adopted. We know what can happen when measures are backed by poorly-informed celebrities like Hugh Fearnley-Whittingstall,” he said.

“We saw what happened with the landing obligation, which was imposed with no proper understanding of the issues involved.”

Paul Gilson of Southend, vice-chairman of the NFFO South East Committee, said it was in favour of protected areas, but they had to be there for a reason – there must be something to protect. “The MCZ in the Thames does nothing,” he said.

He likened the situation to protecting the whole of Dartmoor because a lion or tiger might appear.

“The zone should go – it doesn’t do any good,” he said. It had been established to protect red-throated divers, but they had gone to the Suffolk/Norfolk border because 300 wind turbines had been built in the area. There could still be a protected area, but it should be a lower status.

“We need flexibility in the zones, and we need proof of why an MCZ is there, so we can go to the fishermen and tell them why the zone is needed.”

He said there were now so few fishermen on the east coast that they could not do any damage, and it was only windfarms and dredging that posed a threat to the marine environment.

George Eustice said that they try to keep management flexible, so that they could change management measures if the facts within a zone changed.

Management should not be about stopping fishing in MCZs, but allowing fishermen to fish around features that needed protection within the zone. This might mean restricting one type of gear, but not another. 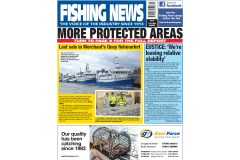