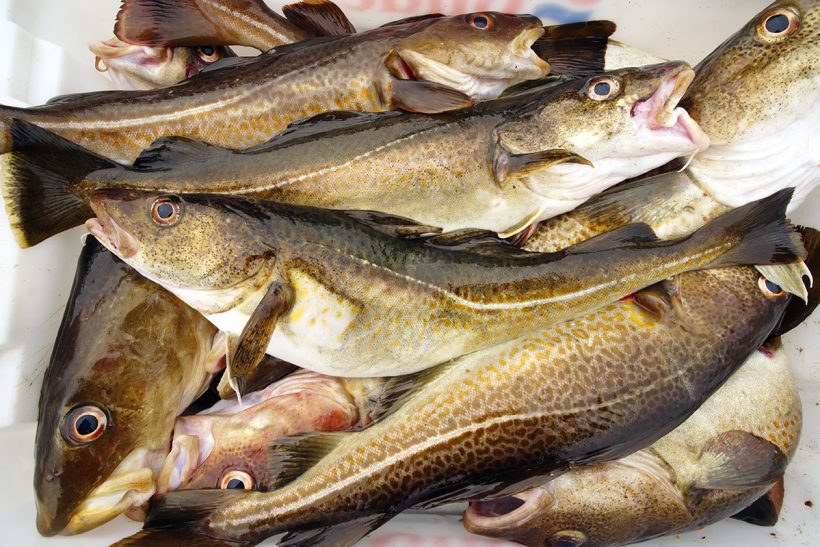 ICES is advising that the North Sea cod TAC should be cut by almost two-thirds in 2020 to achieve MSY, reports Tim Oliver

The 64% cut advice follows a 33% cut in the TAC this year, and with the discards ban fully in force, raises fears that cod could choke the North Sea demersal fishery next year.

Poor recruitment, probably due to climate change, is given as the main reason for the stock decline, as well as increasing fishing mortality.

One industry leader described the advice as ‘a hammer blow’, while another said ‘disappointing’ was not adequate to describe the advice.

It is particularly disappointing as it was only two years ago, in 2017, that North Sea cod achieved MSC accreditation as a sustainably fished stock, with enough mature fish to keep the stock at healthy levels. This is now almost certain to be withdrawn.

There is also a danger that other species in the mixed North Sea fishery, such as haddock, whiting, saithe, hake and plaice, could also lose their MSC accreditation.

“The primary cause of this twist of fortune, the scientists tell us, is related to climate change and regime shift”

Industry leaders have been aware for some weeks that ICES was set to advise a heavy cut in the TAC when it published the official advice (Fishing News, 27 June, ‘North Sea cod cut fears’). They expressed deep concern at the advice, but said the industry would do everything necessary to recover the stock.

Mike Park, chairman of the Scottish Fisheries Sustainable Accreditation Group (SFSAG), said: “The latest ICES advice on North Sea cod is a hammer blow to an industry that has been instrumental, over the past decade, in rebuilding this stock, to the point where Marine Stewardship Council (MSC) accreditation was achieved two years ago.

“The primary cause of this twist of fortune, the scientists tell us, is related to climate change and regime shift, which may be having a real and very significant negative impact on the essential elements that lead to good recruitment.

“That means that the situation is not fully within our control. However, the industry remains 100% committed to sustainable catching, and is united in its desire to do what it takes to rebuild the cod stock. The sector has already engaged internally to map out the next important steps.”

SFF chief executive Bertie Armstrong said: “There’s no escaping the fact that this unexpected downturn in the cod stock will be damaging for our fleet.

“However, we have proved before, and we will prove again, that through a series of responsible, practicable measures to be agreed with government fisheries managers, we can overcome the challenge – albeit that this time, as we understand it, climate change is a very significant factor.

“The fishing industry has a long and noble tradition of adapting to the ever-shifting dynamics of the natural world, and while it won’t be easy, we will do what is necessary to help restore the stock.”

NFFO chief executive Barrie Deas said: “Disappointment is almost inadequate as a term to describe the news that once again, the iconic North Sea cod stock is in trouble. After a decade and a half in which the stock has been slowly but steadily increasing, the biomass is again in steep decline.

“The concern now is that the cod quota will be out of alignment with the TACs for haddock, whiting, saithe and plaice in the mixed North Sea fishery, and will dramatically increase the risk of chokes in 2020.”

He said that a gradual approach to the problem would deliver better results in the long term, rather than ‘big bang’ measures.

“More intelligent ways of avoiding concentrations of cod are likely to have more effect than drastic TAC cuts and effort control. There will be intense efforts this autumn to design and agree effective measures, fleet by fleet, to minimise catches of cod and to reverse the observed decline.”

The reasons for the decline are unclear. “Further work is required to investigate climate change, biological, and fisheries effects. Recruitment has declined and remains low in all areas,” says ICES.

Fishing mortality has also increased since 2016, and is above the level required to keep the stock healthy. The decrease in fishing mortality in the 2000s led to an increase in the number of older fish in the population, but this trend has reversed in recent years, with poorer survival to older ages.

ICES says it is uncertain if, and to what extent, the discontinuation of the days-at-sea regulation in 2017 – part of the cod recovery plan – has had an impact on the recent decline of the cod stock.

The EU has agreed a multi-annual management plan (MAP) for North Sea cod, but management is shared with Norway, which has not adopted the plan. It is not therefore used as the basis of the advice for the shared cod stock.

The EU and Norway have requested an evaluation of multiple management strategies, which are currently under consideration.

Cuts in other N Sea stocks

ICES has advised cuts in the other main species caught in the North Sea mixed fishery in 2020, based on MSY levels.

The haddock stock is healthy and SSB is above the MSY level. Nevertheless, a cut of 11.1% to 30,228t is advised – again, like cod, due to continued low recruitment. Recruitment has tended to be consistently lower since 2000 than it was before then. Haddock is noted for relying on occasional large year-classes entering the fishery, such as in 2014, but ‘the magnitude of these strong year classes is decreasing’, says ICES.

The saithe stock is healthy and fishing pressure is at MSY level, but the advice is that catches in 2020 should be no more than 88,093t, a reduction of 15%.

No advice has been published yet for northern hake.

Leading green groups WWF, ClientEarth and the Marine Conservation Society (MCS) have written a joint letter to environment secretary Michael Gove and the Scottish government to demand that urgent steps are taken to ensure the recovery of North Sea cod.

Helen McLachlan, fisheries programme manager at WWF, said the cod decline was ‘a real crisis’ and that fixing it would require ‘an emergency response’ from governments.

“Ministers must listen to scientific advice and take immediate steps to address the dangers of overfishing and poor management of the discards ban on dwindling cod stocks,” she said.

“North Sea cod has a crucial role to play in a healthy ocean, and such dramatic declines in this top predator species can have serious consequences for the whole marine ecosystem.”

UK Fisheries, which operates the distant-waters trawler Kirkella H 7, said that ICES’ recommendation of a 64% cut for the North Sea cod 2020 TAC increases pressure on the UK government to protect access to the northern distant waters in the event of a no-deal Brexit.

Sir Barney White-Spunner, advisory board chairman of the Hull-based operator, said that neither DIT nor DEFRA had yet heeded its call for access to UK markets for non-EU players to be traded only for access to, for example, the Norwegian waters in which the UK distant-waters fleet fishes.

“It’s alarming to see just how quickly North Sea cod stocks have dwindled, and while they are recovering, it’s all the more important that we don’t give away UK market access without protecting our distant-waters fleet,” Sir Barney said.

“It’s vital for the inshore fleet that we do everything possible to help stocks in the UK EEZ recover quickly. But if the distant-waters fleet is prevented from operating in a post-Brexit world, then the balance will have to be made up from imports, which only benefits foreign fleets. The government needs to change its negotiating strategy now,” he said.