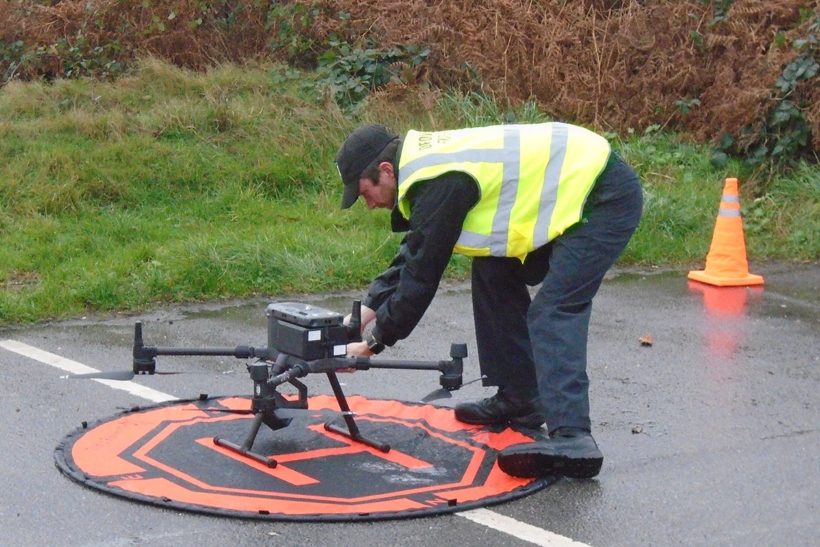 New IFCA drone proves its worth

SIFCA is pioneering a survey and enforcement tool with huge potential for improved monitoring of coastal habitats and fisheries, reports Andy Read

“Under Civil Aviation Authority rules, we can’t fly higher than 150m, or operate more than 500m away, but this in fact allows us to cover huge amounts of water, under most weather conditions, as the drone is operating with a multi-feature camera, with a zoom function of up to 200x.

“We’re still learning about the multiple capabilities of the system, but we are already using it to map different intertidal habitats, and we see it as a valuable survey and monitoring platform, as well as an enforcement tool.”

Sam had taken me down to Poole Harbour, the large sheltered inlet that covers a wealth of different habitats that support the award-winning Poole clam fishery; a unique ring-net fishery for mullet; cockles, oysters and, slightly further out, scallop, lobster and crab fisheries; as well as a cottage industry based on the capture of king ragworm for sale as bait to the many anglers who flock to the area.

I’d asked to learn more about the drone, and was invited to watch IFCA officers Ben Taylor and Isabel Griffiths as they prepared the drone for launch, working through a series of safety checks, and confirmed a clear launch pad. Both Sam and Ben are certified to operate the drone, after completing five-day theory training, covering all aspects of safety and regulation, followed by a two-day practical course.

“Although the drone can be operated single-handed, we generally have a separate camera operator,” Ben told me. “The drone is the platform, but it’s the camera that really generates the value. The one we chose for SIFCA actually cost more than the drone itself, but it is already proving itself to be a great investment.”

The camera features a laser range-finder, thermal imaging, and zoom and wide-angle functions which, in addition to GPS technology, allow operation at night, and can pinpoint the exact location of a boat, or even of illegally deployed fishing nets.

The IFCA has confirmed that strict protocols are in place about recording any pictures of fishing activity, with recording only starting once triggers have been met that mean an offence of some description is suspected.

“It’s really similar to the situation with using binoculars when on patrol or survey. It’s only when detecting a possible offence, in that case, that an officer may then take out a camera and record what is happening.

Similarly, when in use, the drone will be operated overtly in full view of the community by officers in Southern IFCA uniform and, if operated from land, only where we have the landowner’s permission.”

To demonstrate the capability of the drone, Isabel took our pictures, initially from 300m away, and then much closer, to allow me to take a picture of the drone filming us. The infrared capability was excellent, showing poor Isabel’s cold, cold hands, after 20 minutes operating the camera in an increasingly windy and wet squall – the precursor of Storm Barra. They were clearly a different colour to mine, which had had the benefit of warm pockets for much of the time.

Although not yet standard issue across the 10 IFCAs that protect English fisheries out to six miles, my guess is that they soon will be. The drone was landed, dismantled and back within the van within five minutes of landing.

With four separate battery packs, each with a 50-minute flying time, the drone is a highly versatile platform that will save officers considerable time and expense, allowing much greater coverage and protection of the huge, indented coastline that makes up much of the SIFCA area.

SIFCA chair Councillor Mark Roberts told FN: “The authority members at Southern IFCA were delighted to evaluate the benefit of drone technology and then back the purchase and comprehensive training package for our officers.

“I have seen it in action over West Bay harbour with officers Sam Dell and Simon Pengelly, and was astonished by the clarity and detail transmitted to and captured by the hand-held controls.

“This technology looks certain to revolutionise certain aspects of our enforcement teams, with great potential for improved efficiency, and will also really enhance our monitoring and protection of the many and varied Marine Protected Areas in our district.”

This story was taken from the latest issue of Fishing News. For more up-to-date and in-depth reports on the UK and Irish commercial fishing sector, subscribe to Fishing News here or buy the latest single issue for just £3.30 here. Main image credit: Isabel Griffiths. 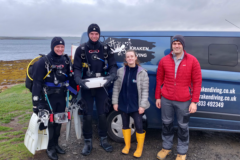 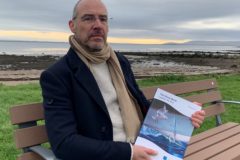