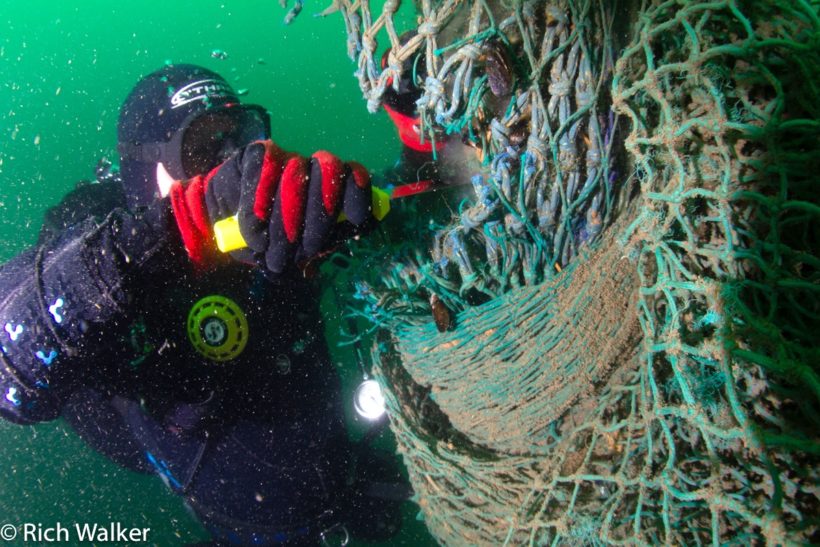 The charity Ghost Fishing UK has announced the rollout of a new reporting form for lost fishing gear, dedicated to the fishing community.

After being selected based on experience and ability, the divers undergo an intensive three-day training course before being assessed on a ‘live’ recovery project.

Ghost Fishing UK has had a reporting system for scuba divers for five years, but felt now is the time to reach out to the fishing community for its assistance.

Trustee, instructor and underwater photographer Christine Grosart wrote the training course and reporting form. She explained: “Ghost Fishing UK is a unique charity in that we are supportive of the fishing community and want to work with them to reduce and recover lost fishing gear. Nobody benefits from ‘ghost gear’, and we recognise that losses are an unfortunate part of the industry.”

In 2020, the charity received reports of a 200m-long monofilament net that was strewn across Hand Deeps reef just outside Plymouth. The net, despite being rolled up, contained 118 animals, many still alive, such as pollack, lobsters, edible crabs and spider crabs. It is estimated that the net had been there for around a year, and not been reported by the vessel that lost it.

Christine Grosart said: “We know about the MMO and Marine Scotland reporting system, and have accessed the data. The problem is that it is sporadic and not timely. What we need is for fishermen to come straight to us and tell us where they have lost their gear, when they lose it.

“If it is achievable for us – anywhere down to 50m depth – and we can arrange logistics, we can remove it quickly rather than leave it indefinitely.”

Ghost Fishing UK divers are all volunteers, and the charity relies on public donations. The divers simply want to give something back to the ocean that they enjoy, and are asking for fishermen to help them.

“We aren’t here to point the finger of blame, and all reports are anonymous,” Christine explained. “This is the final link in the chain to making a real difference. We can return any gear that the fishermen want back, and we can recycle anything they don’t. We can only recover accidental losses, though, ideally after attempts to recover the gear have failed.

“We are also looking for fishing vessels to link up with us in a pilot project to demonstrate that we can work together to reduce the amount of ghost gear losses and recover any that do happen as quickly as possible, which can only benefit both the marine wildlife and the fishing industry.”

To report any lost fishing gear around the English and Scottish coastline, visit the Ghost Fishing UK reporting page here. 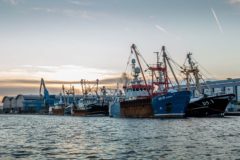 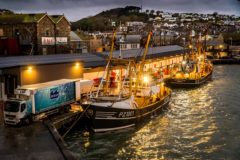