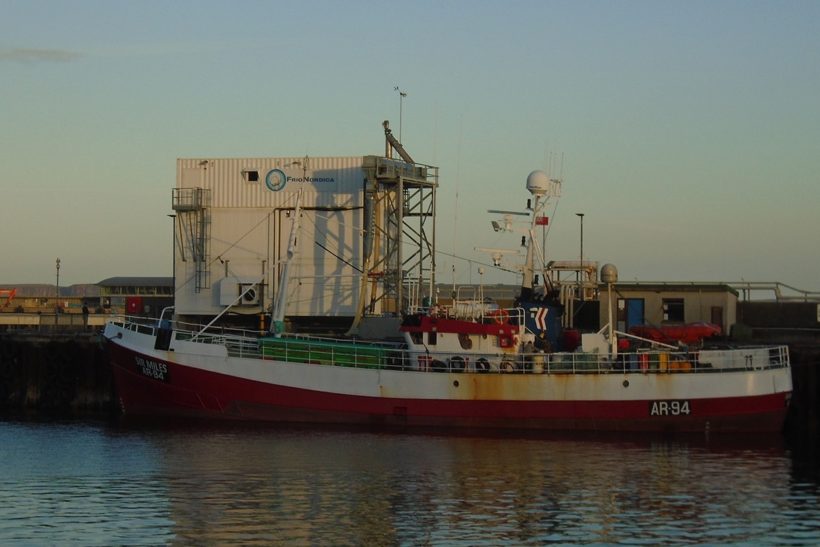 Thirteen months after the public consultation closed, Defra has finally confirmed the new arrangements that will be applied to foreign-owned vessels registered in England, reports Andy Read.

These vessels, which are mainly Spanish- and Dutch-owned, tend to land the majority of their catches abroad.

In the consultation, which was launched in October 2020, Defra outlined a series of proposals aimed at tightening up the economic links requirements for English vessels. These were first imposed in 1996, after an exchange of letters between the then-new prime minister Tony Blair and the EU Commission.

They came after a decade of complaints by the UK industry and politicians that flagship operators were providing minimal benefits to the UK, whilst taking a large share of quota species such as hake, plaice and sole, denying fishing opportunities to many UK-operated vessels.

The £70m compensation settlement with flagship operators – the so-called ‘Factortame vessels’, which the UK courts found to have previously been illegally denied access to UK quotas – was in fact only concluded after these new requirements had been imposed.

The latest arrangements will apply only to English-registered vessels. Under the so-called ‘Concordat’ agreed during the devolution process between the four UK administrations, all four administrations agreed to apply identical economic link provisions to foreign-owned vessels. However, Defra confirmed at the conclusion of this consultation that this is no longer the case, and that the devolved administrations intend to develop a new arrangment that will allow them to apply different policies.

The removal of the Concordat may see some interesting changes in Northern Ireland, where a small number of owners from the Republic of Ireland are registered, principally to obtain access to additional Porcupine Bank quotas; in Wales, where some Anglo- Spanish vessels are registered; and in Scotland, where there a number of foreign-owned demersal vessels.

The consultation, which concluded in November 2020, saw 43 written responses, including 37 from the fishing industry itself, the majority of which were in favour of strengthening the requirements for an economic link with local communities.

In a press release principally related to the announcement of the new £75m funding scheme, Defra said: “This [funding announcement] comes as the UK government also publishes its response to a consultation with industry on proposed changes, collectively known as the ‘economic link’.

“This will increase the percentage of fish that must be landed in the UK by English-registered vessels following our departure from the EU, providing a boost to fishing companies and producers, further strengthening the UK economy.

“The changes apply to UK vessels fishing against English quota, and will come into effect from 1 April, 2022.

“In a further move to ensure that fishing communities reap the benefits of Brexit, the package of measures known as the ‘economic link’ also includes increasing the minimum percentage of UK crew members that must be onboard vessels to 70%, creating more job opportunities for UK residents. It will contribute to the financial boost to the local economies in fishing communities.”

One respondent to the consultation, the Lowestoft Fish Market Alliance, said that the new measures would do little to alleviate problems. June Mummery, speaking for the Alliance, told Fishing News: “We have called for this 70% figure. However, if they land straight onto the back of a lorry, it does nothing for our economy.

“It is vital that this 70% is also sold and processed in the UK, to maximise the benefits of UK fish to local communities. This would allow us to build back our buying and processing base, which is such a vital part of the industry.”

Yarmouth vessel owner and operator Paul Lines added: “Defra talks about transfer of quota to the under-10s, but what is the use of giving us fish that we can’t catch? Pulse fishing eradicated the sole stocks, which still haven’t recovered. Creating a large TAC for sole, and then ‘claiming back’ some of this for small boats is not an answer.”

Plymouth MP Luke Pollard, in a tweet that linked directly to the MMO consultation document, made a similar response, saying: “The fishers I’ve spoken to in Plymouth think it’s laughable that the extra fish ministers boast about don’t actually exist, they only swim on spreadsheets.”

He added: “It’s good to see the government has now accepted Labour’s policy of strengthening the economic link… But the proof will be in the enforcement – will this be another press release or will this be a policy that actually works?”

The economic link condition currently applies to all UK-registered vessels over 10m in length that land more than 2t of UK quota per annum. It requires them to demonstrate a ‘real link’ to the economy of the UK by meeting one of the criteria set out in their vessel’s economic link licence condition.

From 1 April, the following changes will be made to the economic link requirements for English-registered vessels:

Crewing: Alternatively, vessels can meet the requirements by employing 70% UK resident crew – an increase from current requirements of 50%.

Quota: Meeting the link through transfer of quota back to Defra for use by the under-10m fleet, and potentially the non-sector, will require a 20% transfer, up from 16.5%.

Financial expenditure criteria: This criteria, requiring a level of spending in the UK by a vessel not meeting the landings, crewing or quota requirements, will be removed from the options available. Only one English-registered vessel has in the past used this as a means to comply with the economic link requirements. 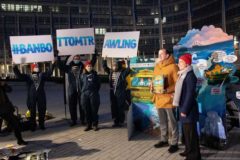 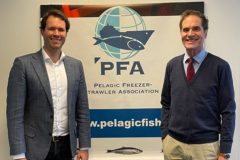