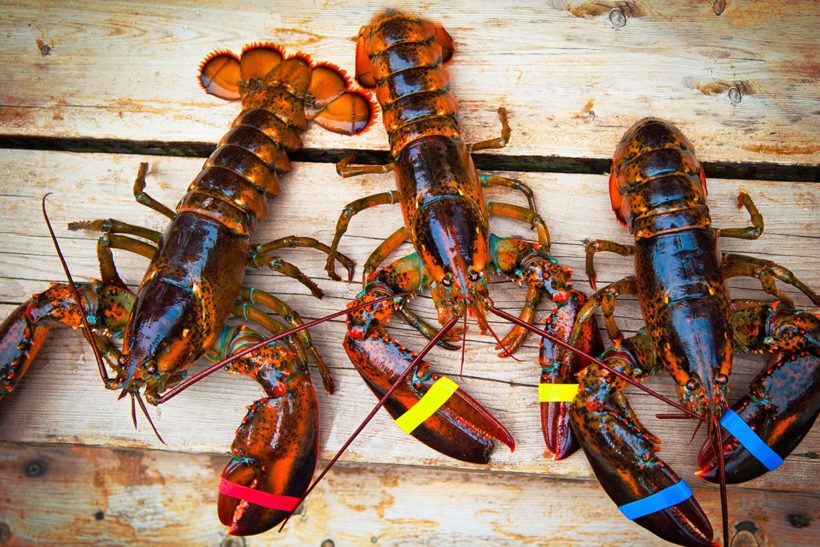 A ban on boiling crabs and lobsters alive has moved a step closer after a new report says they should be recognised as ‘sentient’ animals that can feel pain, reports Tim Oliver.

The finding, which also includes octopus and squid, has resulted in an amendment to the Animal Welfare (Sentience) Bill that is now going through parliament.

The bill been extended to recognise lobsters, crabs, prawns, octopus and all other decapod crustaceans and cephalopod molluscs as sentient animals. This means all these species will be included in government policy decisions.

The move follows the findings of a DEFRA-commissioned independent review by the London School of Economics (LSE), which concluded there is strong scientific evidence decapod crustaceans and cephalopod molluscs are sentient.

DEFRA said the LSE report will not affect any existing legislation or fishing industry practices. “There will be no direct impact on the shellfish catching or restaurant industry. Instead, it is designed to ensure animal welfare is well considered in future decision-making,” said a spokesperson.

When the bill becomes law, it will establish an ‘animal sentience committee’ made up of experts from within the field. They will be able to issue reports on the extent to which government decisions have taken account of the welfare of sentient animals, with ministers needing to respond to parliament.

The LSE report also made specific recommendations on animal welfare practices based on its findings, including banning the declawing of crabs, banning the sale of live crabs and lobsters to ‘untrained, non-expert handlers’, and banning boiling alive and live dismemberment when a viable alternative exists and when electrical stunning is not done first.

The report also said there is no evidence of a slaughter method for creatures like octopuses that is ‘both humane and commercially viable on a large scale’. It recommends more research be carried out to identify more humane practices.

Boiling crustaceans alive is already illegal in some countries, including Switzerland and New Zealand.

The Shellfish Association of Great Britain (SAGB) said it took the issue of crustacean sentience ‘extremely seriously’, and welcomed the LSE report. It had discussed the subject many times in committee meetings in recent years, it said.

Chief executive David Jarrad said all traders in live shellfish had a vested interest in keeping the shellfish in excellent condition, and needed to keep them alive and well throughout the entire supply chain.

“The LSE report rightly suggests that the welfare needs of the species in question have to be considered. The SAGB believes that its members do recognise this, as it is already a priority for all businesses to maintain product quality and, by default, treat the shellfish in a manner that avoids stress. For example, all the major UK crab processing factories have commercial stunning machines.”

SAGB also recognised that there may be ‘some small elements’ of the industry that could improve their practices. It has produced guidance in the past for members, and is currently partnering with Seafish to develop best-practice guides for all of the shellfish industry. An application has been made for funding for this work.

“The main issue of contention is one of how to dispatch a live shellfish prior to cooking. The SAGB has historically recommended following the RSPCA advice. However, in developing the new guides, we intend to be more specific,” said David Jarrad.

“That’s where we have to be careful – we mustn’t let the impact on the industry be too devastating,” he said.

Mike Roach of the Holderness Fishing Industry Group, who is chair of the SAGB crustacea committee, said: “The sustainability and future viability of shellfish fisheries is incredibly important to the resilience of coastal communities. The live market for lobster and crab species encourages best practices throughout the supply chain to ensure the animal reaches market in prime condition with minimal stress caused.

“I welcome the report from LSE, and recognise there are small areas in industry of possible improvement. We continue to work on best- practice guidelines with other industry bodies, and will continue to disseminate the information and guidance through our membership.”

Animal welfare minister Lord Zac Goldsmith said: “The Animal Welfare (Sentience) Bill provides a crucial assurance that animal wellbeing is rightly considered when developing new laws. The science is now clear that crustaceans and molluscs can feel pain, and therefore it is only right they are covered by this vital piece of legislation.”

Dr Jonathan Birch, associate professor at LSE and principal investigator on the animal sentience project, said: “After reviewing over 300 scientific studies, we concluded that cephalopod molluscs and decapod crustaceans should be regarded as sentient, and should therefore be included within the scope of animal welfare law.”

Many coastal communities around the UK rely heavily on the revenue generated from the trade in live shellfish. The export value of live shellfish, predominantly crab, Nephrops and lobster, is approximately £300m per year. The UK also imports significant quantities of live crustacea from Canada, the USA and the EU. 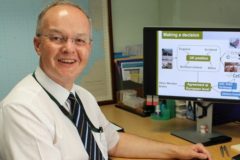 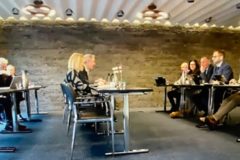