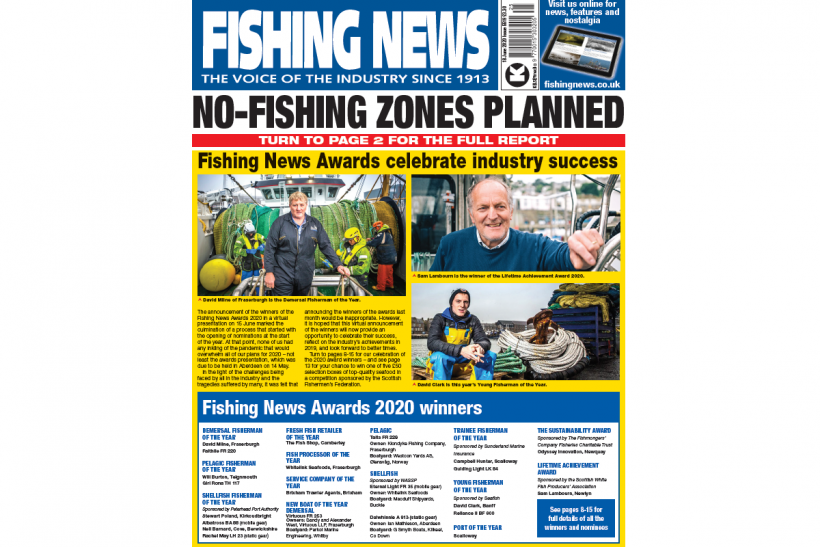 Fishermen in England and Northern Ireland will be hit by more MPAs where all fishing will be banned if recommendations put to DEFRA go ahead.

A review led by former fisheries minister Richard Benyon is calling for the introduction of highly protected marine areas (HPMAs) in English inshore and offshore and Northern Irish offshore waters.

DEFRA says that the HPMAs would ‘enable a greater recovery of the marine ecosystem and enhance the government’s commitment to a national ‘blue belt’, which has already seen an area of 92,000km2 protected – 40% of English seas’.

The NFFO slammed the plans as ‘a hammer blow’ for fishing communities already hit by the Covid-19 pandemic and the uncertainties of the Brexit negotiations. It said that the review panel had only ‘minimal engagement’ with fishing bodies during its deliberations (see below).

The UK currently has a network of 355 MPAs which protect a designated feature or habitat within their boundaries and where some fishing is usually allowed, with various restrictions. But HPMAs would take a ‘whole-site approach’, and all fishing would be banned. Only certain activities would be allowed, such as vessel transit, scuba diving and kayaking.

“Activities that could have a damaging effect on habitats or wildlife, including fishing, construction and dredging, would be banned,” said DEFRA.

The review claims that the introduction of such areas could lead to ‘a significant biodiversity boost for our seas by giving our marine life the best chance to recover and thrive’.

It claims they would create potential social and economic benefits such as increased tourism and recreational activities, opportunities for scientific research and education, and positive effects for human health.

It also suggests that any potential fishing restrictions could be counterbalanced by ‘a stronger and biodiverse marine wildlife – with potential long-term benefits for the fishing industry from providing areas where sea life can develop and breed undisturbed’.

There are currently three MPAs where all fishing is banned: Flamborough Head, Lundy Island and the Medway estuary.

Potential sites would be identified on the basis of ecological principles, and the review says that their selection and regulation should be agreed in partnership with sea users ‘to minimise any negative effects on stakeholders’.

Environment secretary George Eustice said: “Our ‘Blue Belt’ of MPAs has already raised the bar for marine protection, and we are committed to the highest standards of sustainability for our seas that set a gold standard around the world.” He welcomed the ‘spirit of ambition’ of the review, which was ‘in line with our 25 Year Environment Plan’.

Former fisheries minister Richard Benyon, chair of the independent review panel, said that human activities had significantly impacted marine habitats and species, which now needed greater protection. He said: “I hope that government will engage with local communities and stakeholders to move forward plans to designate these new sites.”

The government said it would make a formal response to the recommendations ‘in due course’.

A further 41 MPAs were designated last year that DEFRA said will protect species and habitats, such as the rare stalked jellyfish, short-snouted seahorse and blue mussel beds.

The government is currently putting in place management measures for MPAs, including seeking new powers through the fisheries bill and through implementation of the 25 Year Environment Plan.

Seven new countries have just joined the UK-led Global Ocean Alliance, which aims to secure protection of 30% of the world’s oceans by 2030.

In a hard-hitting response to the review, the NFFO said that its ‘all-out advocacy’ for banning fishing in a new set of HPMAs was ‘a hammer blow’ for fishing communities already having to cope with the impacts of the coronavirus pandemic and the uncertainties of the Brexit negotiations.

The recommendations have come despite MPAs already comprising 40% of the total area of English waters, with a swathe of 41 sites being designated only last year. The NFFO said that the Benyon review had come off the back of ‘a sustained campaign’ by environmental lobbyists claiming that the UK MPA network amounted to ‘paper parks’ that offered little protection.

The federation said: “What is clear is that with a network already totalling 355 sites in UK waters and many only recently designated, marine managers have had their work cut out to conclude planning processes to put site measures in place.

“Once all measures are in place, the UK will, without doubt, have a well-protected network – an independent website tracking MPA protection already places the UK as world leader.

“The report downplays the benefits of the existing large network in order to justify a new set of areas that would exclude all fishing activities. In order to identify new sites, it seeks to pit a coalition of conservation, recreation and tourism interests against existing marine users, including small-scale inshore fishing communities.

“The existing MCZs, first identified in 2010-11, had to meet strict ecological criteria, but allowed some latitude to account for livelihood needs in their selection.

“The review recommends that HPMAs should be targeted firstly within the existing MPA network. This would ride a coach and horses through the finely balanced calculations that coastal communities were forced to make at the time to try to ensure MPA designations did not undermine marine livelihoods.

“The Cromer Shoal MCZ is one example put forward to the review panel following its public invitation for proposed sites. The site, nationally famous for the Cromer crab, would, if chosen, see the local industry and its traditions terminated overnight. The review panel was itself preparing to make site recommendations from behind closed doors, but refrained only at a late stage due to delays caused by the coronavirus pandemic.

“During its deliberations, the review panel, which included a number of leading MPA lobbyists, undertook only minimal engagement with fishing bodies. Despite paying lip-service to the need for sustainable management of UK seas and recognising the risk to small-scale fishing communities, who are vulnerable to being displaced, the report comes out firmly in favour of weighting any selection process to ecological criteria.

“If taken forward, this will further marginalise local fishing communities in any consultation process.”

NFFO assistant chief executive Dale Rodmell said: “The fishing industry is already facing considerable loss of fishing grounds as management measures are steadily introduced in the existing MPA network, and as a result of the huge expansion of offshore wind farms and cables infrastructure.

“It is surprising how easily the government appears to be giving way to a conservation lobby rhetoric criticising its own world-beating record on MPAs. In the Brexit negotiations, it is fighting to secure fairer access to fishery resources for the UK, but if it follows the findings of this report, it will then be taking away those hard-won opportunities.” 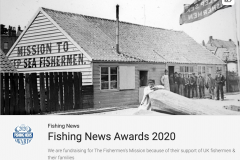 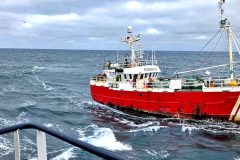