All fishing will be banned in new zones

DEFRA is planning to introduce a number of highly protected marine areas (HPMAs), in which all fishing, and any other activity that could potentially damage marine species and habitats, will be banned, reports Tim Oliver

These would be in addition to the existing network of MPAs, of which a third tranche was recently announced. Some 25% of UK waters, including 37% of UK inshore waters, are now covered by some form of marine protected area (see below).

Fisheries minister Robert Goodwill told MPs: “Overall, the UK now has 355 marine protected areas of different types, including SPAs, spanning 220,000km², which is an area nearly twice the size of England. However, we are not stopping there.

“We recently announced a review to examine whether, and how, highly protected marine areas could be introduced for English seas. These are the strongest form of marine protection, which would stop all human activity that has the potential to cause harm in vulnerable areas.

“Of course, our blue belt would be meaningless without appropriate management measures to protect the sites. For example, activities that are damaging, such as the use of bottom-towed mobile gear, would either not be allowed or – if possible – be adapted to allow them to continue in a way that does not damage habitats, and enables sites to meet their conservation objectives.”

Dale Rodmell, assistant chief executive of the NFFO, said that the proposed areas would effectively be no-take zones/reference areas that had been proposed some years ago when MCZs were first introduced, and that the same conditions for their establishment still applied.

He told Fishing News: “Some will be shocked that just as the third tranche of marine conservation zones (MCZs) have been designated – and were previously announced as a ‘final tranche’ that would ‘substantially complete our ecologically coherent network around our coasts’ – a further planning process is to commence to identify HPMAs.

“Nonetheless, the fundamentals haven’t changed since the last unsuccessful attempt to identify reference areas as part of the original MCZ site selection process. No-take zones (NTZs) cannot be automatically declared, and restrictions on activities in such areas must be consistent with demonstrating that they will have a damaging effect on conservation features.

“They also need to form part of a coherent marine science strategy. Planning for such areas cannot be a repeat of the rushed ‘pin the tail on the donkey’ approach that resulted in the previously failed process.

“Existing marine users would need to be at the heart of finding any suitable areas, with good evidence, taking full account of existing marine uses and spatial management, as well as displacement risks.”

DEFRA says that the current approach to MPAs maintains or recovers habitats and species to ‘a healthy state, but not pristine’, so allows some sustainable activities to take place. “In HMPAs, all human activities with the potential to damage are prohibited.

“The review aims to deliver on the government’s ambition to leave nature in a better state than we found it,” says DEFRA.

It will develop criteria for selecting HPMAs, including recommendations on locations for up to five potential pilot sites. This will include their environmental, social and economic impacts on sea users.

Support for HPMA recommendations will be important, particularly from the fishing industry and from other sectors such as ports, shipping, aggregates, offshore wind, interconnection, new technologies (such as carbon capture, usage and storage), and oil and gas developers. “The review will need to justify any recommendations for pilot sites on the basis of scientific evidence and robust economic impact assessments, including a sectoral breakdown for key marine industries affected,” says DEFRA.

The Joint Nature Conservation Committee (JNCC) calculates statistics for the whole of the UK MPA network to assess progress in MPA designation. The figures were updated in June 2019.

Altogether, there are 175 MPAs covering 40% of English inshore and offshore waters combined (91,606km²). 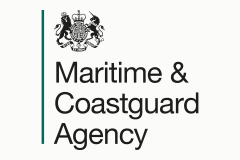