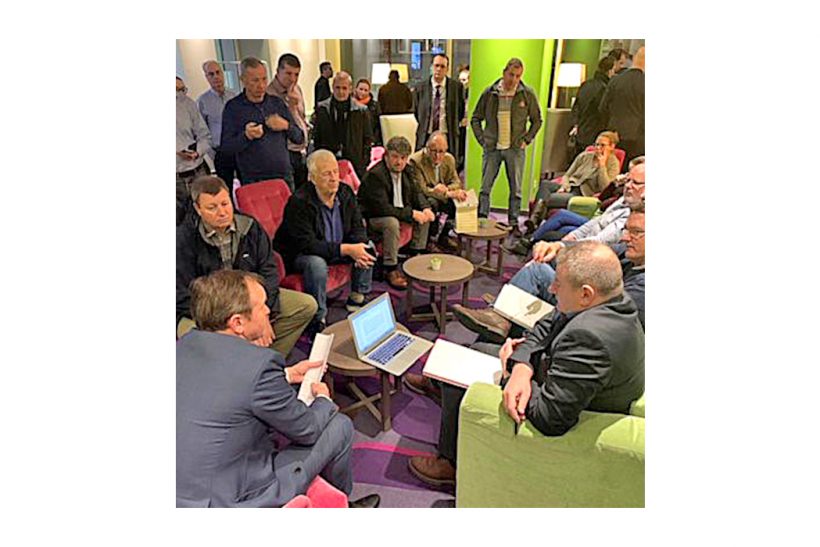 N Sea cod cut ‘may end fishery as we know it’
Greens, Brussels and MSY under fire

Eight fishermen’s organisations with North Sea interests have blasted the decision taken at the December Fisheries Council to cut the North Sea cod TAC by 50% in 2020, reports Tim Oliver

They slam the Commission for ignoring fishermen’s international efforts to develop cod avoidance and catch reduction strategies, and for insisting on forcing through the huge cut to try to achieve MSY in 2020. They warn that the cut and the discards ban threaten to choke the North Sea demersal fishery.

Green organisations also come under fire for the pressure they exerted on the Commission to stick to achieving MSY this year and to make the 50% cut in the TAC.

In a joint statement, the SFF, the NFFO, the Shetland Fishermen’s Association, the Danish Fishermen’s PO, Dutch groups VisNed and Nederlandse Vissersbond, Norwegian association Norges Fiskarlag and French group FROM Nord say that they fear the 50% cut in the North Sea cod TAC in 2020 ‘is not the end of the fishery, but may well be the end of the fishery as we know it’. 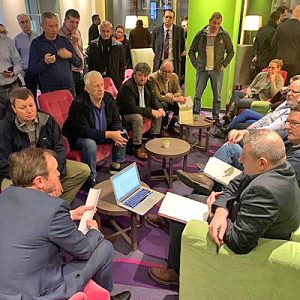 NFFO delegates listen to a briefing from UK fisheries minister George Eustice during the Fisheries Council in Brussels.

They say: “With the combination of an extremely low TAC, a discard ban, and stock that is approximately twice the size of its all-time low, the result of the Council meeting is the ‘chronicle of a death foretold’.”

As well as being a disaster for many small industries in remote areas, the groups say it will deprive society of one of the most sustainable sources of protein.

“It is a slap in the face of the fishermen, who pay the price for other people’s lack of concern or willingness to listen to those affected by the decisions,” say the groups.

They say that when the ICES advice on North Sea cod was published in June, the European fisheries organisations with a direct interest in the stock reacted responsibly by deciding to work together to develop proposals to improve the situation. This entailed a significant amount of work spread across a number of meetings.

The groups point out that despite having many common interests, the different countries’ fleets have different structures and traditions, and that regulations vary between Norway and the EU. Even within the EU, there are differences in the way that common regulations are implemented, and huge differences in fishing patterns.

Their statement continues: “Nevertheless, the industry managed to agree on measures that would bring the cod stock closer to the politically agreed target of MSY, would increase the stock size and reduce the fishing pressure to the lowest level ever experienced. It would also enable the fishermen to fully exploit other key commercial stocks that thrive in the North Sea and perhaps enable more fishermen to survive.”

They point out that ‘contrary to what many green NGOs try to seduce the broader public to believe, many of the stocks in the North Sea are actually increasing, and the biomass of the most commercially interesting stocks (whiting, haddock, saithe, cod, plaice and sole) have increased from 1.3m tonnes in 1978 to 1.8m tonnes in 2019. Catches of Nephrops increased during the decline of the cod stock in the 1990s and have remained high since the mid-2000s’.

They also point out that despite total catches being more than 30,000t in 2006, when the adult stock was half the size it is estimated to be now, the stock steadily increased over the next 10 years.

Stressing the sacrifices the countries were willing to make, the groups say: “Every country contributed with proposals that would mean a reduction in their own activities. It was seen as a price that had to be paid in order to contribute to the recovery of the cod stock. Alas, the European Commission and member states decided to take a simplistic view of a complex situation – they took what was offered and gave nothing back.”

They point to the dangers of the combination of the low cod TAC and discards ban ‘choking’ the North Sea fishery, and say: “It is not possible for the fishing fleets to catch the quotas of abundant other stocks – the green lobby have effectively succeeded in depriving society of thousands of tonnes of protein harvested with very low carbon footprint.”

They ask: “Is it really so important to meet the MSY target in a single year, rather than being approached in progressive steps over a few more years, that the European fishing industries must be strangled in the process? Who has an interest in this? Who pays for it? Why?”

The groups say that North Sea fisheries have a long history and tradition, and play an important role for many coastal communities. “Overfishing has indeed taken place in some periods and areas, but this is no longer the case for the vast majority of activities – and certainly not for the fishery in the North Sea, which is amongst the most heavily regulated fisheries in the world.”

The fishing industry is deeply engaged in ensuring that fishing is carried out sustainably. “Fishermen, more than anybody, have an interest in stable stocks producing high yields, and have millions of euros invested in it. They also have the best knowledge of operations at sea. Why are they then totally ignored when it comes to ways to improve the situation?

“Disappointing is a diplomatic word in this context,” the statement concludes.

Cod choke risk in 7d ‘may be avoided’

Cod could become a choke risk in the eastern Channel if it is found in any abundance in 2020, according to NFFO president Tony Delahunty.

This is because the 50% cut in the North Sea TAC also applies to 7d, the eastern Channel, and the UK has only 9% of the TAC in the area. But given the northward shift in the distribution of cod, and the low level of quota uptake, a choke may be avoided, says Tony Delahunty, who is also chairman of the NFFO’s South East committee.

Commenting on the outcome of the December Council, he said that there was progress towards a more sensible by-catch allowance for bass caught as unavoidable by-catch in the trawl fishery.

“It is broadly agreed that although bass is responding to management measures well, it would, however, be premature to take the brakes off,” he said.

“But allowing the trawlers to keep and land a higher proportion of the bass that they catch brings some benefit to the boats without increasing mortality, so this is a sensible, proportionate adjustment.

“The same cannot be said for the increase in the bag limit for recreational anglers from one to two fish. That can only lead to an absolute increase in bass killed, and impede recovery.”

On skates and rays, he said that the management of these species has been problematic for some years now. While some species within the group are depleted, others are in robust health.

“Setting a single TAC for the whole group of nine species is problematic, as has been the Commission’s gung-ho application of the precautionary approach, with successive 20% reductions over three years,” commented Tony Delahunty.

“The 5% increase in the 2020 TAC in the eastern Channel is a welcome step in the right direction, but falls far short of an effective harvesting strategy for those rays which are in robust health.”

An 11% increase in the eastern Channel sole quota, reflecting the increased abundance being seen on the grounds, is ‘a welcome development’, he said. In the past, this stock had experienced ‘yo-yo TACs’, which made planning difficult.

He said that the 40% increase in the TAC for North Sea sole, and increasing signs of abundance on the grounds, ‘hopefully signals the end to a period of scarcity’, and was welcome for the Thames estuary.

Fishermen in the South East are also ‘very keen’ to see the CEFAS small fish survey reinstated. “Since it was halted due to budgetary constraints, we seem to have lost important information on young fish recruiting to a number of important fisheries. Many in the industry stand ready to provide their data to improve the quality of management decisions,” said Tony Delahunty.

He added that discussions were held in the margins of the Council with the Dutch industry about the rollover of the closed areas for pulse fishing into 2020.

“The voluntary closed areas provide important protection for sensitive inshore areas in the Thames estuary and off the East Anglian coast, and have been widely welcomed by the fleets that work these areas. Final confirmation is expected in the new year, but it is anticipated that the same arrangements will apply for the whole of next year.” 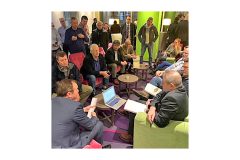