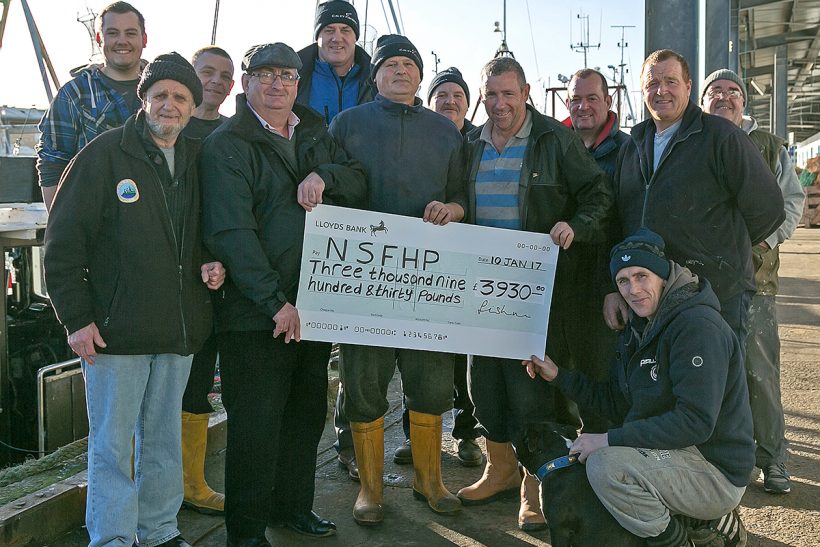 Just 10 months on from the start of its fundraising, the North Shields Fishermen’s Heritage Project (NSFHP) has now raised the full £75,000 needed for the memorial to fishermen lost at sea from the port of North Shields.

It’s been a remarkable effort by the local community, businesses, North Tyneside Council and everyone connected to the project.

NSFHP has greatly appreciated the work of the key officers assigned to the project by North Tyneside Council – without whom, the job would have been much more difficult.

Following recent fundraising events such as The Co-op Community Fund, The Green Carnival at The Coast, NSFHP Auction and the Backworth Male Voice Choir, the group had reached £73,000 by the end of April.

When Danny Higney and Cameron Boyd, publicans of the Low Lights Tavern on Brewhouse Bank, North Shields, discovered that NSFHP only needed £2,000 to reach the target they stepped forward to help.

Henry Howard (retired fisherman and Vice Chairman of NSFHP) said: “Danny and Cameron have helped NSFHP so many times since our launch in July 2016, and this is yet another example of their amazing generosity – I suppose I’ll have to go in for a few more pints now!”

Danny Higney said: “The Low Lights Tavern is the oldest pub in North Shields, and is the only surviving proper fishermen’s pub left on the fish quay, so we felt it was only right that we help NSFHP with the final £2,000 it needed to get the job done.” 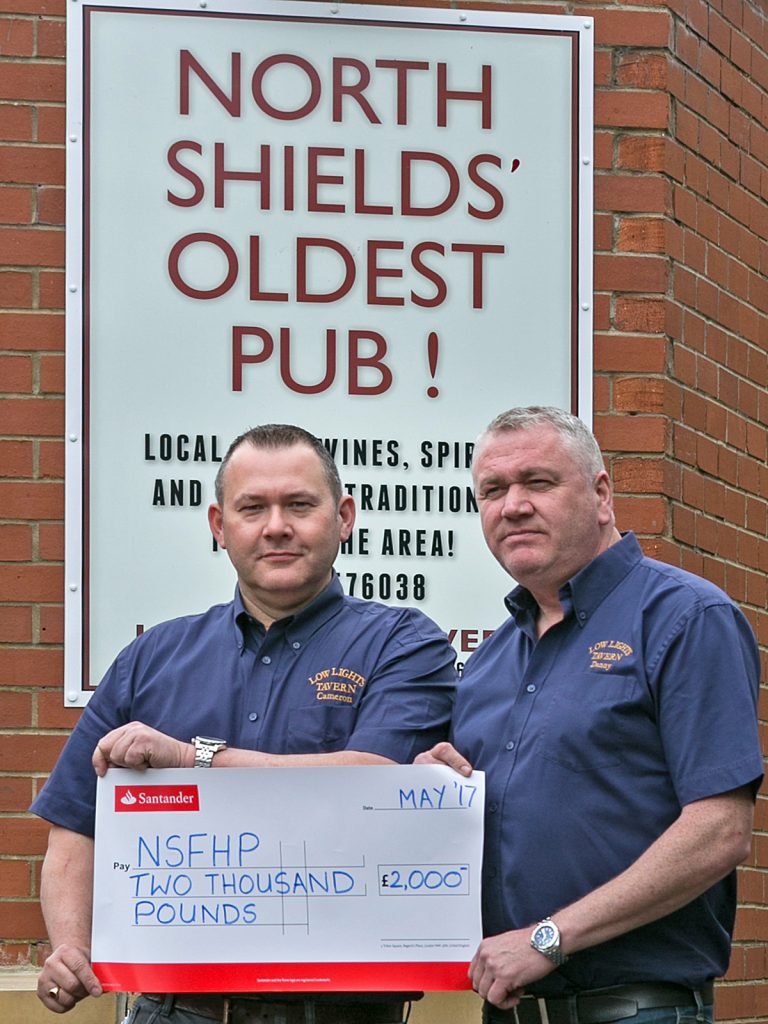 Danny Higney and Cameron Boyd from the Low Lights Tavern donated the final £2,000 required for NSFHP to reach its target of £75,000.

Two ‘Meet the Sculptor’ Question & Answer events, hosted by BBC correspondent Adrian Pitches, have been organised for Saturday 12 August at the Old Low Light Heritage Centre for 2:15pm and 4:15pm. Adrian will lead the Q&A, but members of the audience will be invited to ask Ray Lonsdale questions too. Each of the two events has capacity for just 60 people – so this will be a unique opportunity to be a part of the planned events surrounding the unveiling of the fishermen’s memorial.

Tickets are priced £4 and are now available from the Old Low Light Heritage Centre at Clifford’s Fort or contact: nsfhproject@gmail.com

The final design, made in weathering steel, best-known under the trademark COR-TEN, developed to eliminate the need for painting as it forms a stable rust-like appearance when exposed to the weather, will be in place for around 150+ years.

It will be revealed to the public on Sunday 24 September between 11:30am and 1pm at a ceremony in front of – what the group hopes will be – hundreds of local residents on the foreshore at Clifford’s Fort, North Shields, on the green space that looks out beyond the North and South Piers.

The group hopes that the day will be one of celebration with music and dancing as they aim to recreate a sense of ‘Fiddler’s Green’. According to the song of the same name, Fiddler’s Green is the mythical place fishermen go to when they die; it is a legendary; supposed afterlife, where there is perpetual mirth, a fiddle that never stops playing, and dancers who never tire. In 19th-century maritime folklore it was a kind of afterlife for sailors who have served at least 50 years at sea.

Further details on what the day will entail and how you could be a part of ‘Fiddler’s Green Day’ are available at: nsfhp.org.uk/event/fiddlers-green-day 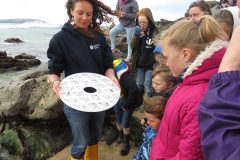 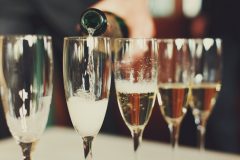