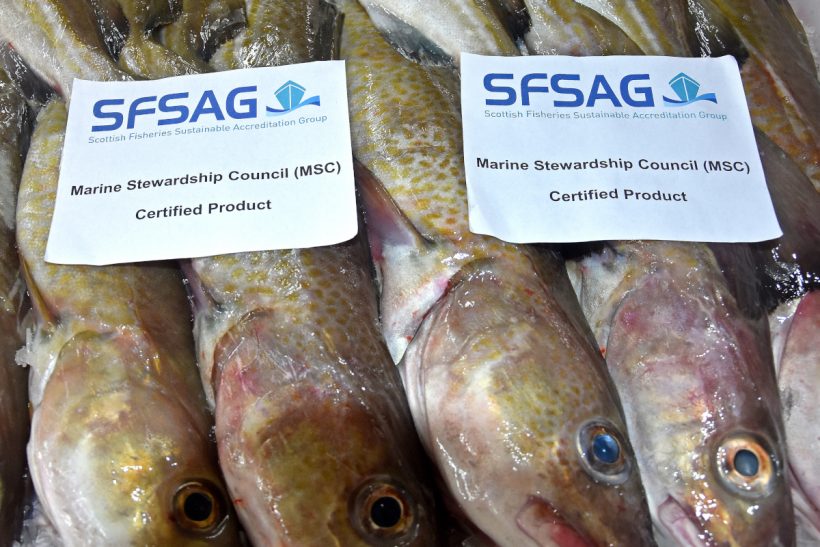 North Sea cod is to lose its MSC eco-label certification after scientific advice that the stock is below safe biological levels, reports Tim Oliver

The MSC decision to suspend the ‘blue tick’ sustainability label is a further blow for the industry, which is facing a big cut in the TAC in 2020 following ICES advice in June that it should be cut by 65-70%.

North Sea cod was thought to be in good health until the bombshell ICES advice, which blamed poor recruitment, probably due to climate change and warming waters, as well as increasing fishing mortality for the decline. Fishermen believe that the cod has moved further north and into deeper waters.

The MSC said: “This, combined with management shortfalls, including quotas for 2019 set above scientific advice and the lack of a management plan for 2020, resulted in the certificate’s suspension.”

The decline has occurred despite industry initiatives to avoid catching juvenile fish, primarily through improving fishing selectivity and avoiding spawning grounds, which were instrumental in the fishery attaining MSC certification back in 2017.

A big cut in the North Sea cod TAC in 2020 would be particularly challenging for the industry because it would raise the danger of cod becoming a primary choke species in the North Sea demersal fishery.

Erin Priddle, UK and Ireland programme director for the MSC, said that the decline was ‘a worrying development’. The latest stock models suggested that the fishery had not recovered as well as previously thought.

She said: “The independent auditors have now examined the latest advice and concluded that this drop in the stock – below the safe biological level – coupled with a recommended sharp cut to quotas and management shortfalls means that the North Sea cod fishery no longer meets the MSC standard.”

She conceded that the decision was ‘a devastating blow’ for the industry. It was now ‘imperative’ for the industry to work with fishery managers, NGOs and the wider seafood supply chain to introduce effective measures to return the fishery to certification standards.

A Scottish government spokeswoman said: “The loss of accreditation for this iconic stock is very disappointing. We are working with the industry and with other fishing nations to establish the multi-national response needed to ensure sustainable fishing while maintaining economic fleet viability.”

The bulk of the North Sea cod catch is taken by Scottish vessels, and the Scottish fishing industry has committed to a five-year fishery improvement project (FIP) to return the stock to health.

Mike Park, chairman of the SFSAG, said: “The industry are concerned that notwithstanding their best efforts to continue to rebuild North Sea cod, some developments are taking place that seem beyond their control.

“That said, they are committed to introducing balanced and proportionate measures in an attempt to reverse the decline. We will be liaising closely with managers to ensure that these measures apply to all vessels operating within the mixed demersal fishery.”

The hope is that an international agreement by industry cod interests on ‘bottom up’ measures to reduce their cod catches will help to make the case for a much smaller reduction in the 2020 TAC than the two-thirds cut that ICES has advised is needed.

The three countries held their first meeting at the end of August (Fishing News, 5 September, ‘Action on North Sea cod’), where it was agreed that each would table their proposals. These were then further discussed at another meeting last week in London.

Mike Park, who is also chief executive of the Scottish White Fish Producers’ Association (SWFPA) and the leader of the UK industry delegation, said that the meeting was ‘very, very useful’, and that all the delegations were ‘singing from the same hymn sheet, which is great’.

The Danes and Norwegians supported proposals from the UK for a 20% cut in the TAC rather than the 63% that has been advised, and there were discussions around measures to reduce cod fishing mortality, such as real-time and seasonal closures, ‘move-on’ policies and technical measures.

“Nothing has been agreed yet, but the meeting was a very useful starting position and we are making progress,” Mike Park told Fishing News.

“We’re seeking to come up with an agreed position and then try to bind in the other member states – Netherlands, France, Germany, Belgium – as well.

“The ambition is to reach an agreement that we can present to both the EU and Norway as a joint EU/Norway industry position as we approach the end of year negotiations on next year’s fishing opportunities.”

Another meeting has been scheduled for 22 October in London.