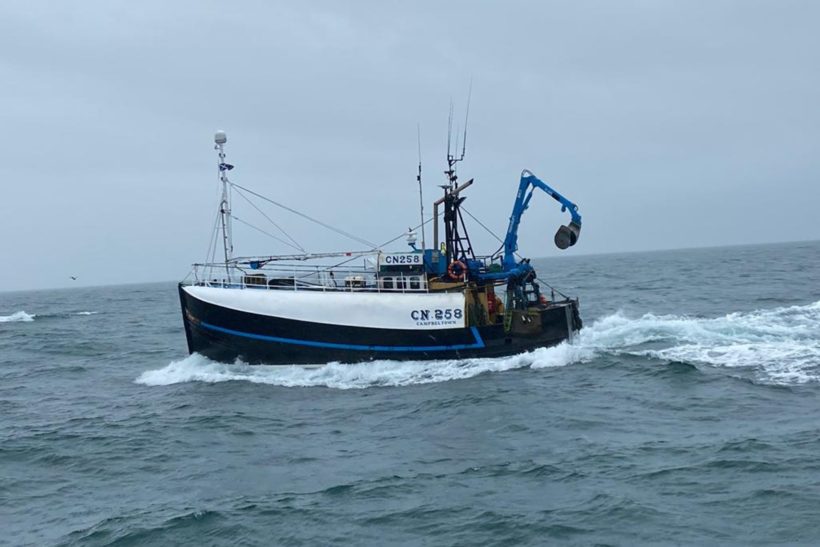 Fishermen from across all sectors have expressed shock and dismay at the sudden announcement of a blanket ban on all fishing activities in the Clyde Box for an 11-week period between February and April, reports Andy Read.

The announcement comes after a public consultation looking at options for protection of cod in the Clyde, which made no mention of a blanket ban.

Clyde Fishermen’s Association chair Tommy Finn said in a statement: “I am absolutely shocked to the core at this decision, which will see many of our members unable to fish sustainably for almost three months. We can’t understand the lack of communication with our small-scale fishing communities, or indeed the families and businesses they support.

“Perhaps we could understand the decision if there were clear, balanced and genuine environmental benefits. I personally was one of the fishermen who championed this closure aimed at protecting cod stocks from net fishing. I am completely perplexed at how a government we collaborated with to achieve something so positive together can now change the very purpose of the conservation objectives.” 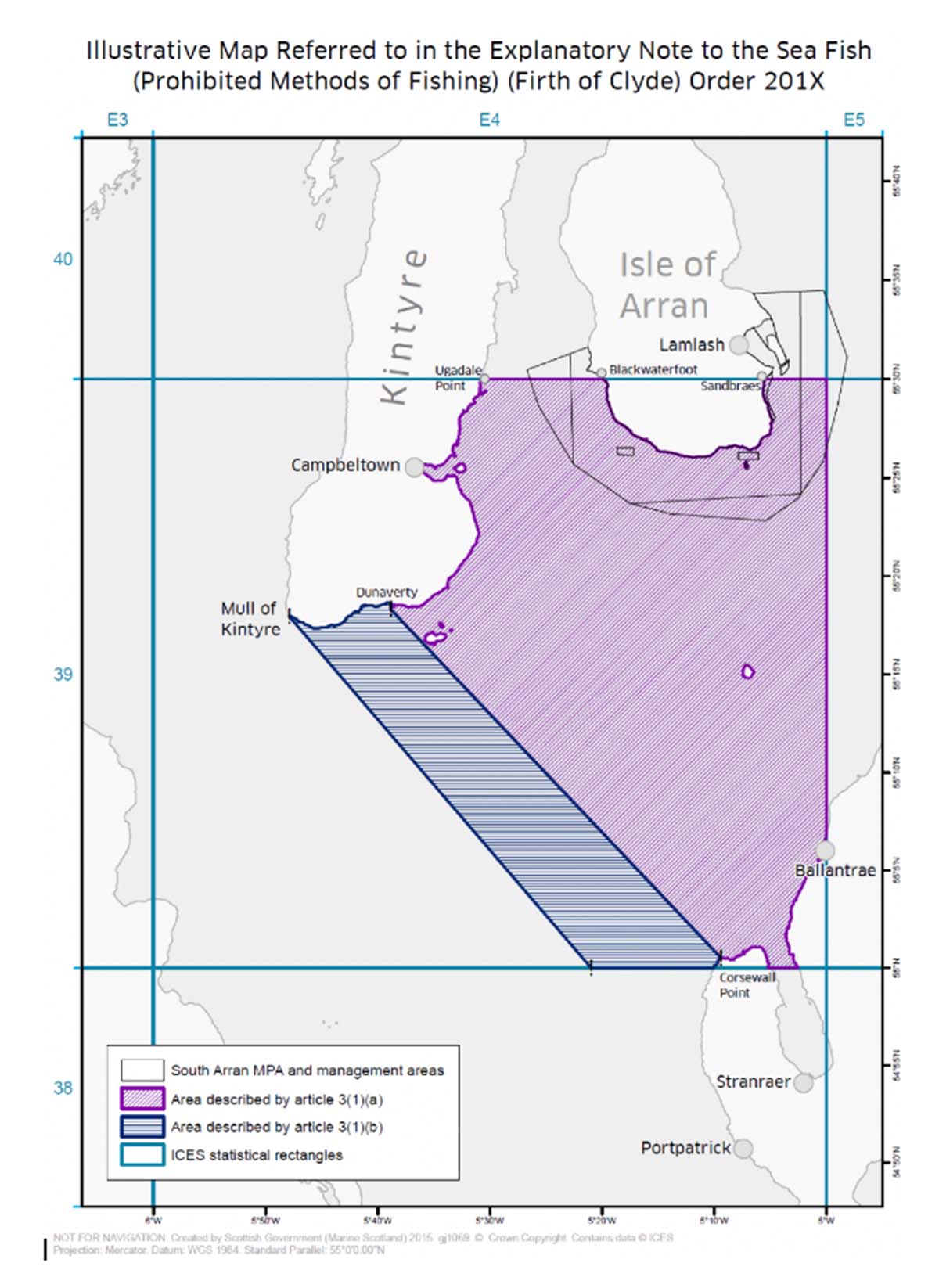 The Clyde Box, which will be subject to an 11-week blanket closure

A host of other associations and representatives of fishing communities made similar comments. Bally Philps of the Scottish Creel Fishermen’s Federation said: “We know of no scientific study that implicates creel or dive fishing as a substantive factor in impacting cod recruitment, and are very concerned as to how we became included in these measures.

“We fully support the need to recover the Clyde cod stocks, and accordingly we support the introduction of fisheries management measures to achieve this. Nevertheless, we would expect at the very least that any measures were evidence-based, ecosystem- based and proportionate.

“Furthermore, we would expect the socio-economic implications to have been well mapped, and suitable mitigations prepared. This announcement clearly fails that standard on all counts.”

Defending the closure, Scottish fisheries minister Mairi Gougeon told the Scottish parliament: “We want to restore marine habitats in Scotland’s inshore waters, which is why we have decided to continue the February to April seasonal Clyde cod spawning closure for 2022-23 without exemptions.”

She continued: “Unfortunately, despite the seasonal closure having been in place since 2002, the stock has shown very little sign of recovery. It therefore seems sensible to maximise any potential benefit from the closure to assist that stock recovery.

“We acknowledge that that will have a short-term impact on local fishers, because the closure will be for a period of 11 weeks. However, we believe that it will provide a higher chance of stock recovery and contribute to a more sustainable fishery in the west of Scotland.”

In a long and impassioned statement, the Clyde Fishermen’s Association criticised the lack of scientific evidence to support this decision, and the opaque decision- making process itself. It has requested urgent talks with the minister, to attempt to find a way to meeting the ‘new objectives’ of the cod closure in a way that does not devastate livelihoods for the 65 vessels in membership of the association, as well as other vessels that will be impacted by displaced effort.

Local Conservative MSP Jamie Greene hit out at the decision, saying: “This out-of-the-blue decision of the SNP government to close the Clyde fishing grounds during this period is a slap in the face to all those who make their living relying on these waters.

“It was done with minimal consultation, and will leave many fishermen seriously out of pocket.

“We all strongly support sustainable fishing, and the previous safeguards in place were sufficient enough.

“This poor decision-making, strongly influenced by the extremist Green Party’s influence over the SNP, shows that the right balance is not being met.”

A seasonal closure has been in place in the Clyde for two decades, and was first introduced in 2001, originally at the request of local fishermen, with the aim of protecting spawning cod in the area. Exemptions were provided for fishing methods deemed not to impact on the cod, including the local Nephrops fleet, both trawl and creel.

In late 2021, the Scottish government instigated a public consultation on the Clyde closure, outlining a number of options.

These did not include, at any time, a proposal to remove the exemptions provided to Nephrops trawling, or to the creel fleet – but it did mention that the local NGO that had been heavily involved in generating community support for the creation of the MPA in Lamlash Bay (see map) had requested a removal of some of the exemptions stated in the consultation. “The Community
of Arran Seabed Trust (COAST) requested that the exemptions granted to Nephrops trawlers, creel and scallop dredgers were removed from the 2019 and any subsequent SSI providing for the Clyde Cod closure.”

A spokesperson for COAST told FN: “COAST believe the measures announced are not proportionate, nor properly targeted, as creel fishermen and hand-divers should not be dealt with in the same way as bottom- trawl and scallop dredge fisheries.

“COAST would like to see a shift to low-impact fishing via a just transition, through which all fishermen are supported. We have written to the cabinet secretary highlighting our concerns about this blanket ban, which will lead to financial hardship to fragile communities and will likely lead to diminished support from the static fisheries sector for other restoration, conservation and management measures.

“We have requested the order to be modified so low-impact methods can be permitted within the scheduled areas.”

Simon Macdonald, chair of the West Coast Regional Inshore Fisheries Group (WCRIFG), said the government would have to reverse the decision or pay compensation to the entire industry for the loss of three months’ earnings, describing the closure as ‘absolutely crippling – words can hardly describe the devastation this will cause’, reports Tim Oliver.

“We could hardly believe it,” he said, having been told only the evening before the announcement. “And this is coming on top of everything else – Covid, market collapses, Brexit. A lot of people are saying this is the last straw, there is no way the industry can sustain this any more, they’re just going to have to give up – families that have been fishing for generations. This is their livelihood, their whole life – they know nothing else.

“I’m desperately worried about the situation and the implications of this. It will cause devastation for Clyde fishers.

“I have a meeting with Mairi Gougeon on Thursday [20 January], so hopefully we can bring a bit of power to bear, and also Elaine Whyte [secretary of the Clyde Fishermen’s Association] is meeting her after me, so we will both be pushing in the same direction.

“To try to get the government to change their mind between now and 14 February is a tall order, but we’re going to push like mad for it.

“There are only two alternatives for the government – reverse their decision and allow fishing to continue, or they will have to put their hands very deep into their pockets to compensate for three months’ loss of income, not just for the skippers but the crews, local processors and the whole local economy, and that will cost a huge amount.”

He pointed out that the closed area is ‘huge, vast’, and predominantly a muddy bottom where cod do not spawn, so the closure will have little benefit for cod stocks. The closure affects mainly under-12m or under-10m prawn boats, including creel boats that are too small to move to any other areas.

“Weatherwise they cannot really travel more than a few miles from their home port – they don’t have the accommodation to go to the other side of the Clyde.

“The closure will be in force next year as well, so families face six months with no income. Nobody can sustain that – nobody should be expected to sustain that.”

He said Clyde fishers have worked ‘very closely’ with the government on conservation, and have put forward recommendations regarding spawning cod.

“They’ve encouraged closures, and it’s worked until now – and now there’s an end to all the exemptions. They just feel so betrayed, totally betrayed. It’s a pretty desperate situation for them,” said Simon Macdonald. The closure was top of the agenda at a meeting of the WCRIFG scheduled for last Friday (21 January). 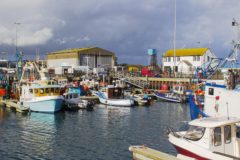 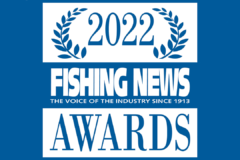