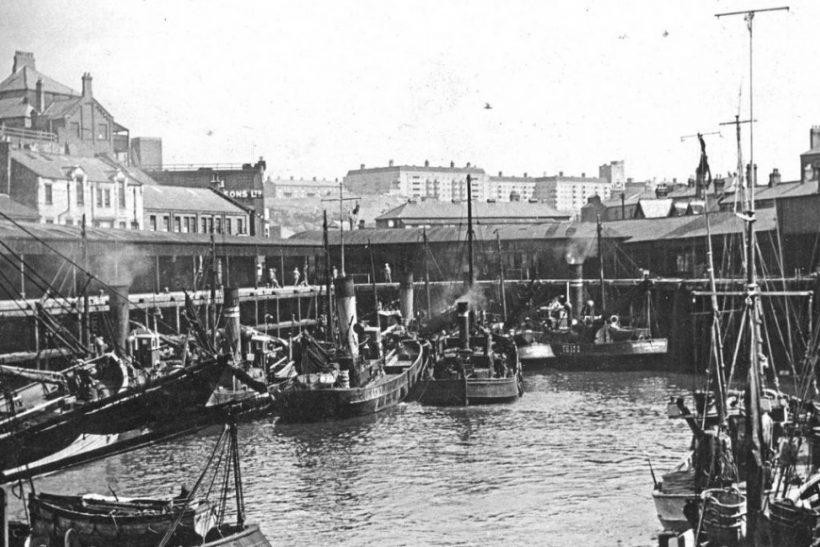 Ports in the past: North Shields

Today widely recognised as the biggest prawn landing port in England, North Shields has a long-standing history as a fishing port.

Above: Lowestoft and Great Yarmouth steam drifters, including Sunbeam (under tow by a local tug) and Acorn, berthed in the basin at North Shields traditionally referred to as ‘The ‘Gut’ during the summer herring fishery in May 1957. Traditional anchor-seiners moored alongside the south quay provide a marked contrast in vessel types.

From its position on the north bank of the River Tyne two miles up-river from the pierheads, North Shields was ideally located to serve the requirements of a wide range of vessel types engaged in a similarly broad mix of inshore and offshore fisheries. 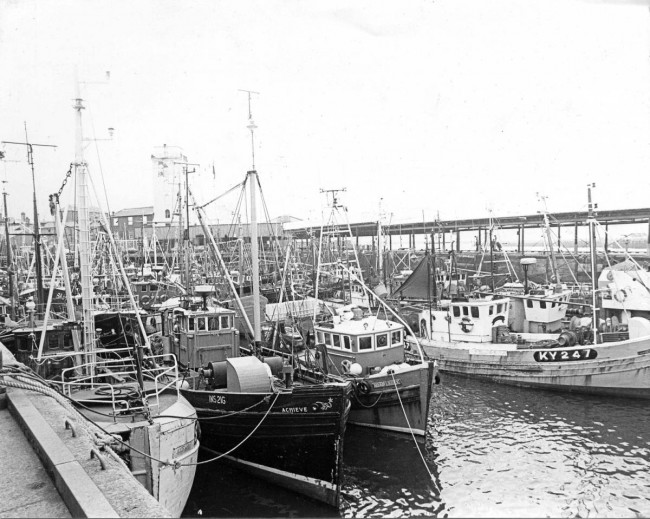 Fast-forwarding to 1983 and a congested ‘Gut’ is filled to near capacity by local and visiting prawn and whitefish trawlers.

For decades, large numbers of visiting herring drifters from northeast Scotland and Shetland fished the silver darlings from North Shields as they following their customary annual migration pattern south towards East Anglia. 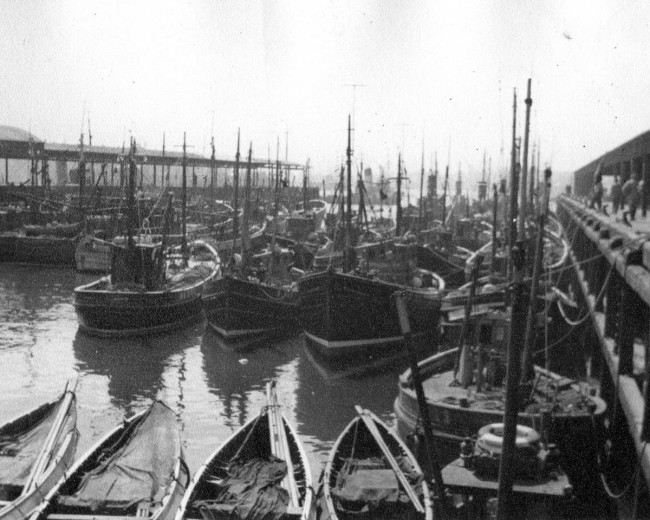 Following the downturn in the herring fishing, North Shields subsequently hosted visiting sprat pair-trawlers in the 1970s and early 1980s.

Before their demise, from the early 1970s a number of medium-sized class of trawler owned by Richard Irvin & Sons Ltd fished out of North Shields, including Ben Chourn, Ben Glas, Ben Lora, Ben Strome, Ben Torc and Ben Vurie. 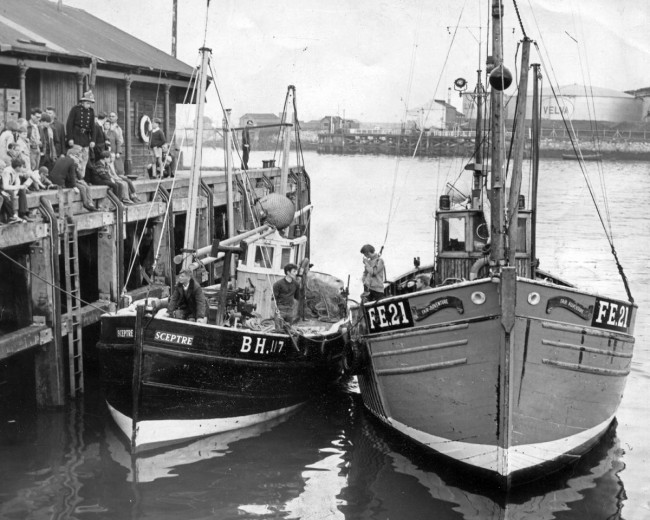 The Blyth-registered inshore seiner Sceptre, safely moored alongside the quay at North Shields with the Fire Service in attendance, after being escorted in by Fair Adventure.

The accompanying photographs show some of the former fishing diversity North Shields was renowned for.

Enjoyed this piece of nostalgia from Fishing News? How about a look back at Padstow Harbour? 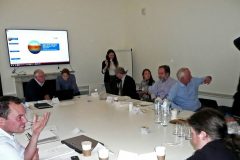 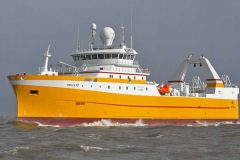