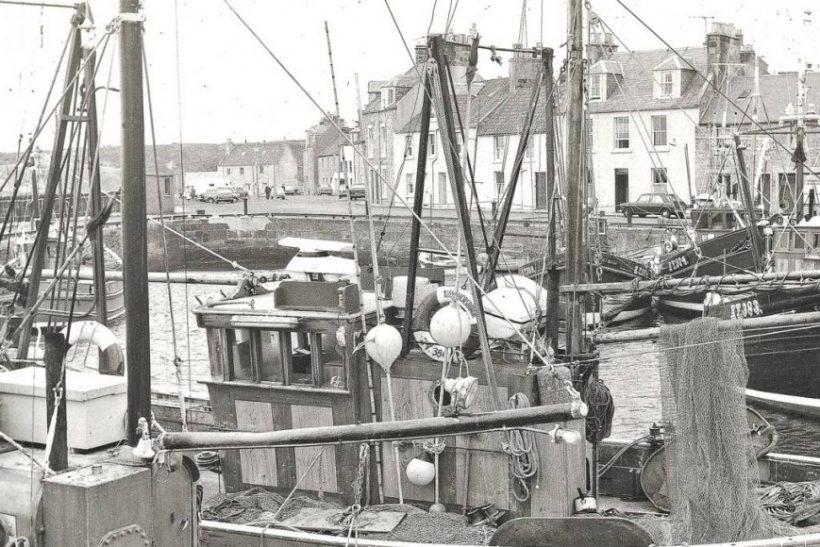 Ports in the Past: Pittenweem

Located on the East Neuk of Fife, on the north shore of the Firth of Forth, Pittenweem harbour has a longstanding tradition of fishing. The inshore prawn trawlers and creel boats that fish from Pittenweem today are a long way removed from the considerably bigger fleet of whitefish vessels, initially day-seiners, that fished from the tidal harbour little more than a generation ago, since when the port has reinvented itself by making the total transition from whitefish to shellfish.

Above: Pittenweem harbour around 40 years ago, at the time when traditional seine-net boats such as Elsie Horsburgh KY 384 and Guide Us KY 206 (foreground) were changing over to prawn-trawling, while others, like Constant Hope, Launch Out KY 374 and Quiet Waters, continued to fly-shoot on the local banks.

After being home to a large fleet of mainly older and smaller inshore seine-netters, the Pittenweem fleet entered a period of considerable change and modernisation in the late 1960s and 1970s, when a succession of younger local skippers seized the opportunities offered by the whitefish grant and loans scheme, to order a new class of seine-net vessel, which eventually included trawling capability as well. 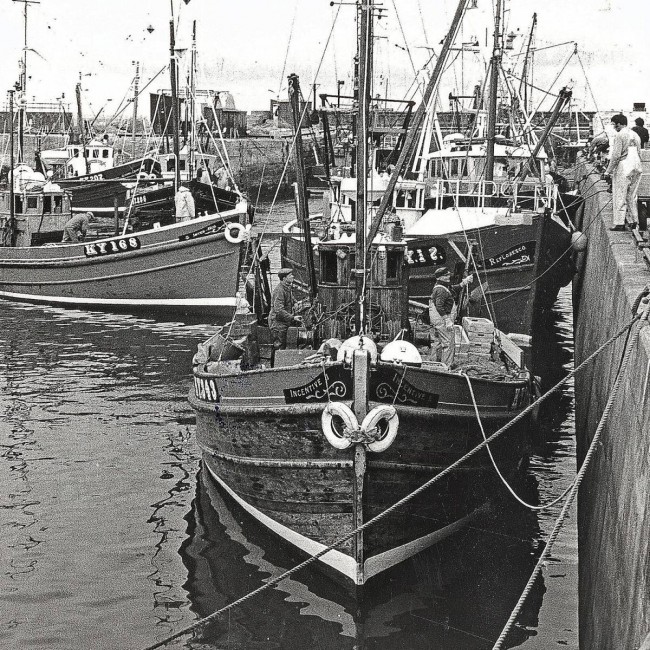 Rush hour at Pittenweem market, where Incentive KY 343 and Refloresco KY 17 are landing their shots, while Inter Nos KY 168 heads a convoy of boats waiting for a landing berth. 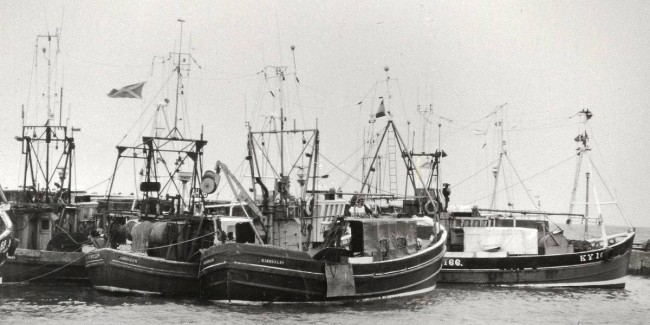 The important contribution the local fishing industry brought to Fife during this time is shown by the fact that all of these boats were built less than two miles from Pittenweem, by James N Miller & Sons at nearby St Monans.

With up to 50 seine-netters based at Pittenweem, the local FMA regularly sold around 1,500 boxes of whitefish on the late afternoon auction, later changing to a morning market. With travelling fishmongers serving a large customer-base in the local Fife mining communities, as well as west into the central belt and the nearby large cities of Edinburgh and Dundee, fresh supplies of mainly haddock and whiting met consistently high levels of consumer demand, further augmented by numerous busy fish and chip shops.

At a time when the local fleet of seiner/trawlers fished such grounds as Wee Bankie, Pathfinder, Cockenzie Bank, Berwick Bank and beyond, Pittenweem’s tidal harbour was perpetually busy and frequently congested, at the same time as managing to meet the needs of a buoyant local fleet. 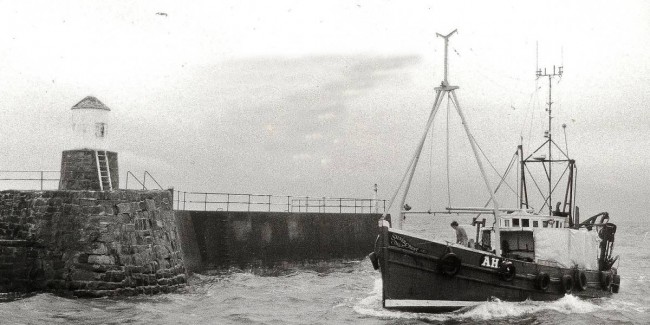 Silver Crest runs up the entry channel towards Pittenweem harbour, shortly before a further extension was added to the new pier. 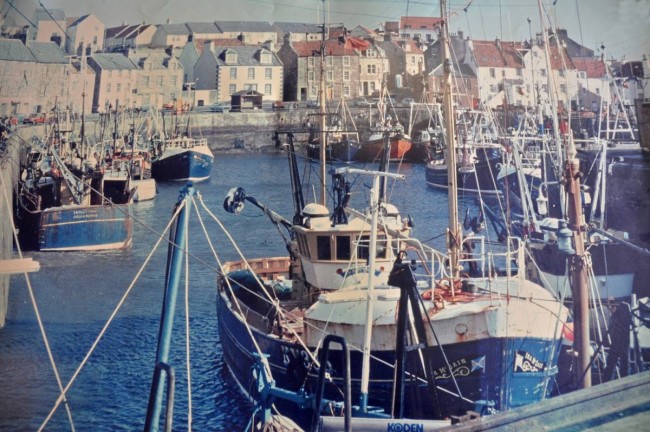 Seiners and trawlers berthed three-abreast provide a stark reminder of Pittenweem’s not so distant heyday as a busy whitefish harbour.

In some respects, Pittenweem became a victim of its own success, as the restrictive harbour was not suitable for the bigger class of 74ft-85ft steel-hulled seine-netters a number of Fife skippers progressed to in the late 1970s and early 1980s, in order to fish longer trips into the Norwegian sector. As a result, Fife-owned whitefish vessels, like Argonaut IV, Arktos, Forthright, Ocean Triumph II, Renown, Sedulous IV and Steadfast, fished from Aberdeen harbour nearly 100 miles to the north.

By the time a new fishmarket and an extended breakwater were constructed in the early 1990s, the locally-based whitefish fleet had started to reduce in numbers, as cuts stemming from the CFP started to have a negative impact of whitefish catches. 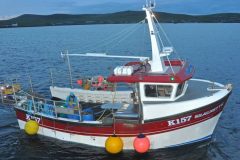