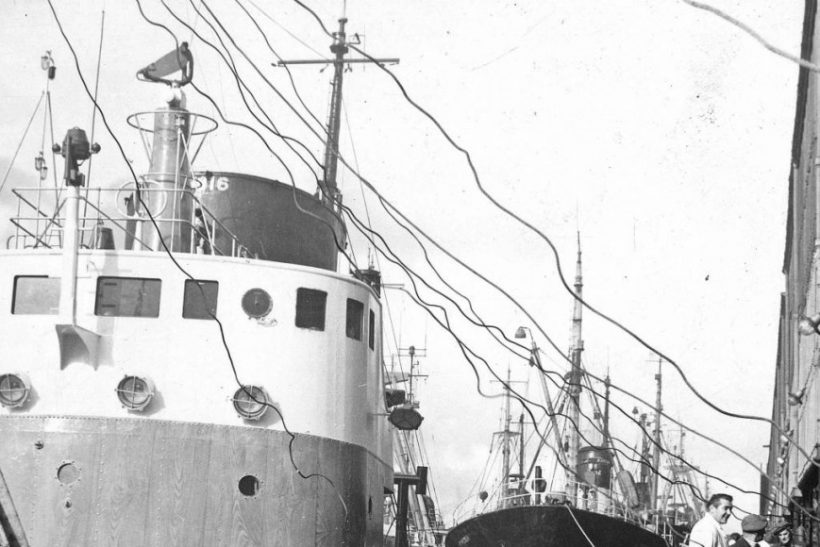 Ports of the past: Hull harbour

It is hard to believe now that Hull was one of the world’s biggest fishing ports as recently as the 1970s. Hull’s rise as a major fishing port began with the discovery of the rich Dogger Bank fishing grounds in the mid-1800s.

As steam replaced sail, around the turn of the century, vessel owners and skippers began to look further afield to the rich fishing grounds off Iceland, and a little later in the Barents Sea. Hull gradually developed into an almost exclusively distant water port, as its trawlers fished at Iceland, Norway, Bear Island, off the Russian coast, at Greenland and at Labrador. A notable exception was a small fleet of anchor seiners operated by Boston Deep Sea Fisheries until around 1980.

The city’s famous Hessle Road area was home to many of the port’s fishermen, and the fishing industry gave rise to a huge shore-based infrastructure of hundreds of fish merchants, fish factories, engineers, shipwrights, net makers and riggers. The whole operation needed to support a fleet of around 350 trawlers in the port’s glory days, including St Andrew’s fish dock, opened in 1883.

Hull’s heyday was probably in the 1950s, when stocks were still abundant on the distant water grounds after the suspension of fishing during World War II, and ‘fish ‘n’ chips’ was a cheap family meal in the post-war austerity period. 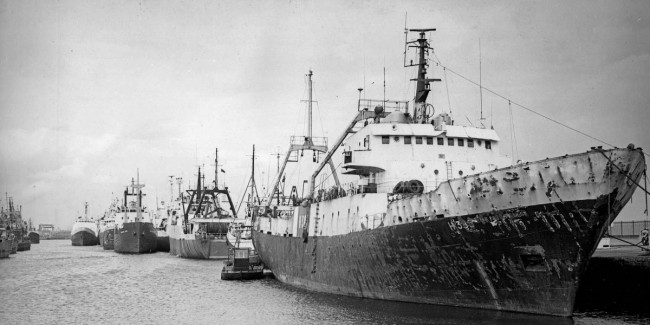 A major change came in 1960, when Hull’s first freezer trawler, Lord Nelson, heralded a new era. The freezer fleet developed rapidly, both in Hull and Grimsby, throughout the 1960s and ‘70s. The growth of the freezer fleet and the bigger size of vessels led to a move of the fish dock from St Andrew’s to William Wright dock in 1975.

Ironically the move came just as Hull’s decline began, as all the countries where the Hull fleet fished imposed 200-mile limits, culminating with the Icelandic ‘cod wars’ which ended with Iceland’s 200-mile limit in 1976. Hull’s distant water fleet had nowhere to fish, and Britain also joined the EU at this time, adding to the industry’s woes.

By the 1980s much of the Humber distant water industry was owned by the giant British United Trawlers (BUT), and the company based its freezer fleet in Hull and its freshers in Grimsby. BUT quickly wound down its fleets and in Hull only two family firms survived, J Marr and Boyd Line. But even they were eventually forced to sell up, ending up as today’s UK Fisheries, the last remaining firm still based in Hull and which took delivery of the new freezer trawler Kirkella in March this year.

A new £5m state-of-the-art fish market, Fishgate, was opened in Hull in 2001, but it was heavily reliant on Icelandic fish, as is Grimsby’s auction market. In 2011, Icelandic agent Atlantic Fresh decided to rationalise its Humber operations and send all Icelandic fish to the Grimsby market. Fishgate was closed – the final nail in the coffin for the once mighty port.

The three nostalgic images sourced from Fishing News photographic archives encompass the range of activity that for decades represented the heartbeat of Hull. 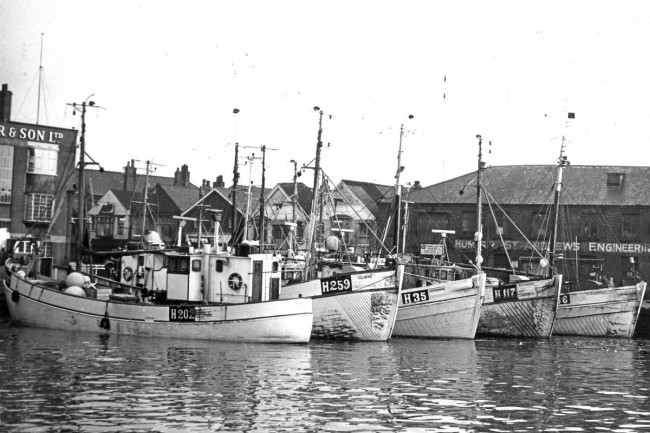 Photo 1 (top of page) depicts the frenetic activity in St Andrew’s Dock associated with landing a distant water trawler, in this case the 185ft St Dominic H 116, built by Cook, Welton and Gemmell at Beverley in 1958 for Thomas Hamling & Co Ltd. Powered by three 760hp Mirlees Bickerton engines that gave a service speed of 13.5 knots, St Dominic was scrapped at Dartford, Kent in October 1979 after being sold for £30,000.

Hull was also home to a small fleet of traditional anchor seiners owned by Boston Deep Sea Fisheries as shown in Photo 3. From the foreground, the boats berthed at the eastern end of St Andrew’s dock in the early ‘70s are Rosenborg H 202, Guldborg H 259, Nordborg H 35, Kronborg H 117 and Svenborg H 66.

If you would like to send in any images – of Hull harbour or anything related to the commercial fishing industry – for inclusion on our archives pages, with any supporting information, you can email high resolution scans to fishing.archive@kelsey.co.uk. Alternatively you can post pictures to Fishing News Archive, Cudham Tithe Barn, Berry’s Hill, Cudham, Kent TN15 3AG. 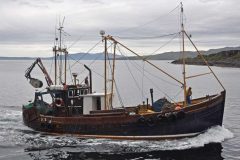 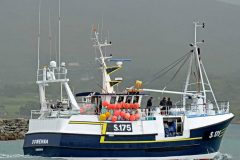