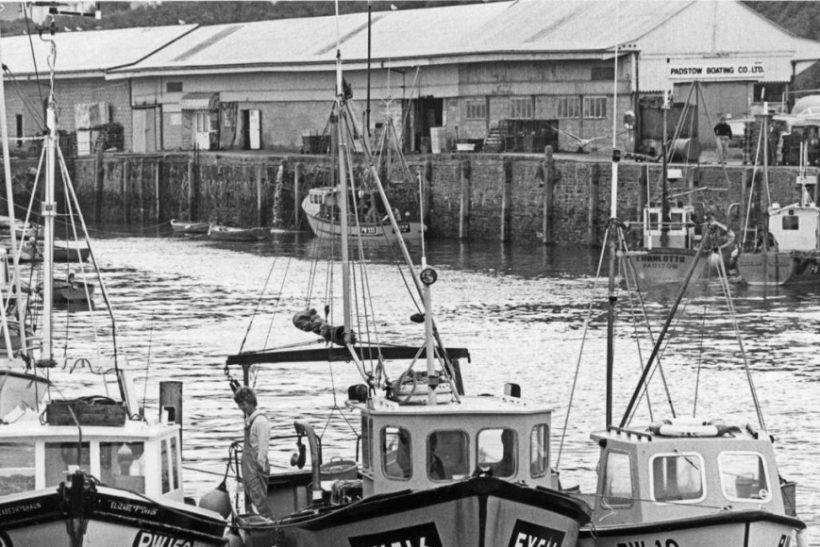 Ports of the past: Padstow harbour

Located two miles inland from the sea and the notorious Doom bar, on the picturesque Camel estuary, Padstow is the biggest port on Cornwall’s rugged north coast. Although it has always been a fishing port, in the 19th century Padstow also hosted large barques carrying timber from Canada and America, as well as a large flow of emigrants taking advantage of the reciprocal trip across the Atlantic.

A town long in decline, the arrival of the railway in Padstow of the London & South Western Railway in 1899 resurrected the fortunes of the fishing industry, so much so that a dedicated railway line was run onto South Quay to land the fish directly into railway trucks. The extra demand for shelter led to the present-day outer harbour being built in 1910. 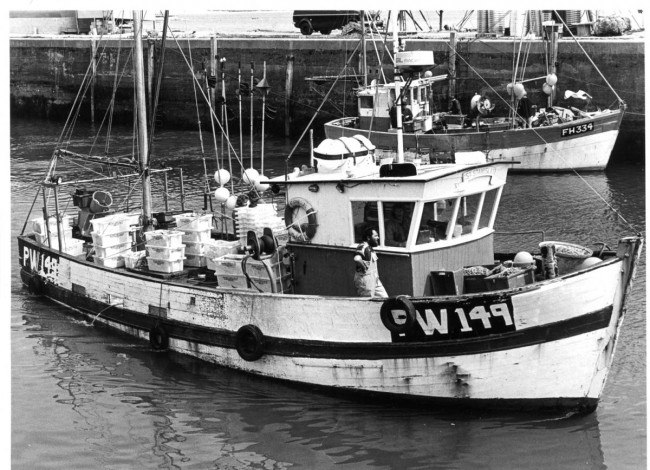 The French-built Padstow long-liner, St Stanislas PW 149 coming in to Padstow harbour to land a good catch of spurdog in 1984. Another French-built long-liner/ netter, Belle Bretagne FH 334 is tied up on the other side of the harbour.

With the ability to transport fish quickly to London’s Billingsgate fish market via the railway, more herring drifters started using the port, followed by steam trawlers in the 1920s and 1930s.

However the port went into decline after World War II and matters were not helped by the ice-plant burning down. A further decline in fish landings led to the dedicated fish quay track being removed in 1959. The railway line to Padstow itself closed in 1967 during the infamous Dr Beeching cuts. 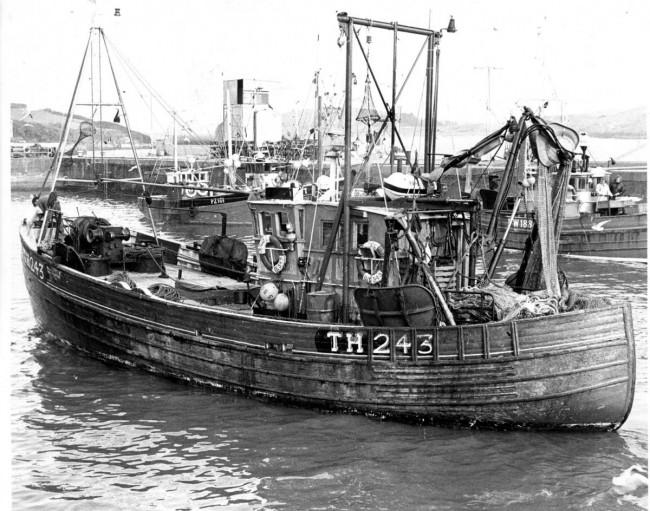 The visiting Brixham trawler Avalon TH 243, skippered by Roger Gibbons, heads out of south dock in Padstow harbour on a trip in January 1985. Francoise PZ 101, Renovelle PZ 177 and Maldon PW 188 are the boats in the background.

In 1974 the harbour commissioners, backed by the Brixham and Torbay Fish co-operative, installed fuel tanks and an ice plant on the quay at Padstow’s south dock, creating better infrastructure in the Cornish port and also attracting more visiting vessels that would otherwise need to steam back to Brixham or Newlyn to land, take ice or re-fuel.

An affiliated company to the Brixham and Torbay Fish co-operative, Cornwall Fisherman Ltd, installed crab and lobster tanks on the quayside at Padstow. The tanks stored the catches of potters from all around the Cornish coast prior to sale, when the majority of the catches were exported to France. For many years Padstow has supported a fleet of small- to medium-sized crab and lobster potters.

Their numbers are boosted in the late winter months with the arrival of beamers from Brixham, Newlyn, Plymouth and Belgium, fishing on the nearby Trevose grounds. Long-lining for spurdog was a popular and productive winter fishery up until the mid-1980s, when it gave way to netting and most of the mid-sized fleet were turned over to this method. Offering far more shelter from bad weather than smaller ports nearby, Padstow has traditionally also played host to boats from Newquay, Port Isaac and Boscastle during winter months. 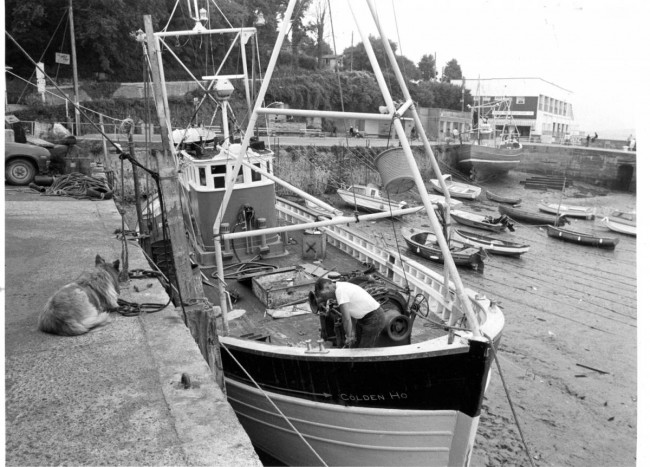 Skipper Don McBurnie carrying out work to convert his new boat, Golden Hope AH 85 from a trawler to a long-liner. Less than two years later the boat, then named Golden Hope of Petroc PW 28, was converted to netting in common with many similar Cornish boats. Pathfinder PW 375, a similarly sized long-liner and potter, is in the far corner undergoing refit work.

Historically, a major problem for Padstow had been flooding on big spring tides. In 1988 this problem was addressed and, over the next two years, the present day flood-defence scheme was built, extending the pier in the Inner Basin, building a tidal lock gate and raising the walls on Langford’s Quay. As a result the town has not been flooded since the lock gate was installed.

The by-product of this scheme is that Padstow now has a permanent deep water, inner harbour, unlike the tidal outer harbour and the Camel estuary itself.

Enjoyed this piece of nostalgia from Fishing News? How about a look back at Hull Harbour?

Thousands queue in Japan to sample Frankie’s fish and chips

Thumbs down to new bass regulations