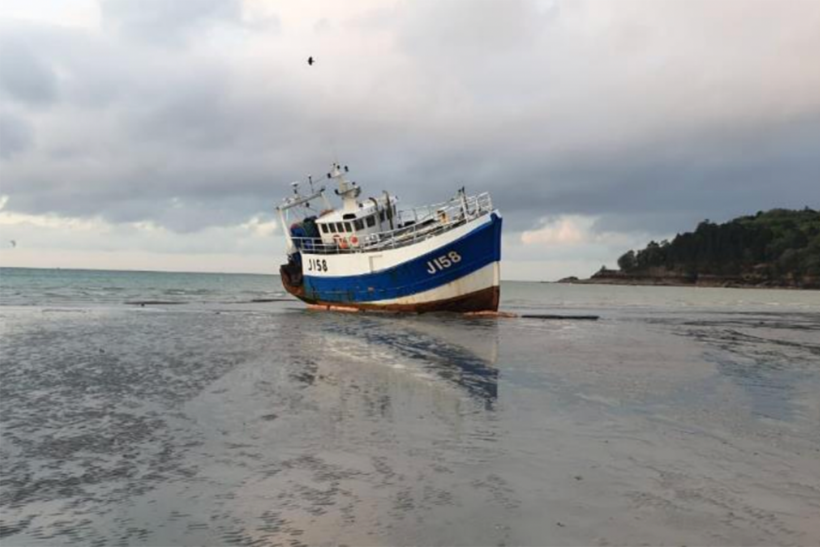 The Ports of Jersey investigation into the grounding of the 18.5m L’Ecume II J 158 at Belcroute Bay on 14 May, 2020 has been published.

The wooden trawler, one of the largest vessels in the Jersey fleet, was making her way to St Helier after unloading a catch in Granville with two crew members onboard. She grounded at Belcroute Bay on the south coast of Jersey because the deckhand on watch had fallen asleep, according to the report. The investigation found that fatigue at the end of the trip was a likely contributing factor.

The incident happened at around 2.50am and the tide was falling, so once the vessel had been made safe, the crew were evacuated by the Saint Helier inshore lifeboat. The vessel was successfully refloated on the rising tide later that day.

The skipper and one crewman had been at sea for 42 hours, and after landing in Granville were forced to leave immediately because of Covid-19 regulations. The vessel sailed from Granville at 11pm, with an estimated arrival time of 3am in St Helier.

There was no audible off-track alarm facility on the vessel’s chart plotter, and the echosounder audible alarm was not set. The vessel was not fitted with a bridge navigation and watchkeeping alarm system, but there was no requirement to retrofit such equipment to vessels of her age.

At 11.45pm, with the vessel east of the Chausey islands, the skipper handed over the bridge watch to the deckhand, and went to his cabin.

According to the report, the deckhand fell asleep when the vessel was just under four nautical miles from the approaches of St Helier. The vessel’s autopilot was in operation, and the vessel maintained a steady course and speed until the point of grounding.

The only damage sustained by the L’Ecume II as a result of the grounding was minor distortion to the rudder fixings. There was no water ingress and no pollution. Within a week of the incident, the rudder damage had been repaired to the satisfaction of the certifying authority, and the vessel was cleared to resume fishing.

As with MAIB reports, Ports of Jersey accident investigations do not attribute fault or blame.

The full report can be read here. 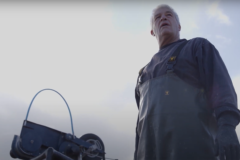