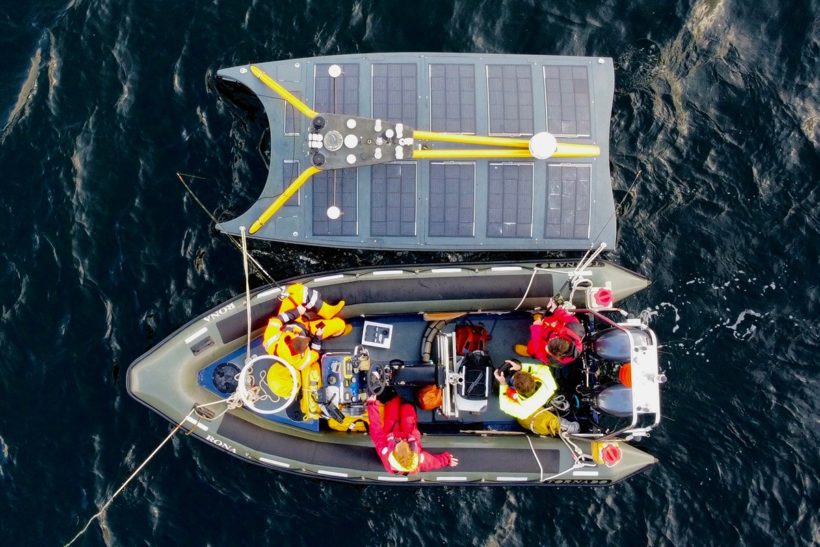 A robotic boat known as an uncrewed surface vessel (USV) has been used for the first time to survey fish populations around oil platforms in the North Sea.

Working up to 60 miles from the coast, the diesel electric vehicle, partly powered by solar panels, was fitted with high-spec sonar, and was maneouvered to within 10m of the oil platforms, using satellite links to connect to the shore-based staff controlling it.

The survey was led by Dr Joshua Lawrence from the University of Aberdeen. He said: “The survey was a great success. It’s amazing how this sort of technology reveals new opportunities to advance our understanding of these structures and their influences on the North Sea ecosystem.”

The next stage of the project will see Dr Dougie Speirs and Professor Mike Heath from the University of Strathclyde use the survey data to model the expected effects of a range of decommissioning strategies on the surveyed fish populations.

Professor Paul Fernandes from the University of Aberdeen, the lead researcher on the project, explained why this data is so important.

“Fish have long been known to gather at offshore structures,” he said. “However, the extent of this aggregation, and whether it leads to an increase in productivity to benefit our fish stocks, remains unclear.

“Offshore oil and gas platforms act as de facto marine protected areas, so we are aiming to quantify the extent to which the increased numbers of fish found there spill over into the surrounding waters.”

The project, and the INSITE programme of which it is a part, will run until 2023, and the team will be running similar surveys of more oil platforms using the USV next summer.

A feature on the research, including details of the vessel, will appear in Fishing News next week. 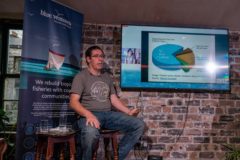 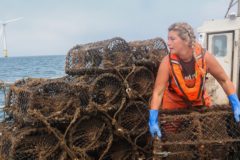