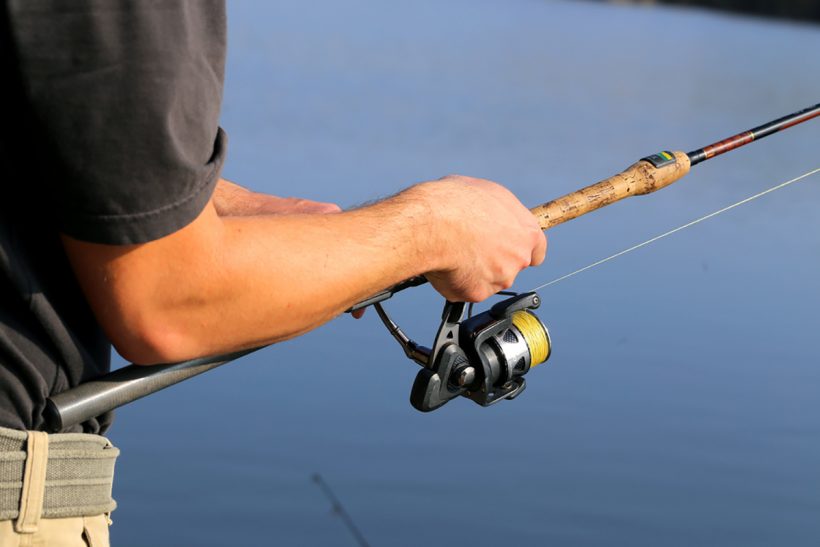 A former sea angler says figures quoted by the Angling Trust and other angling organisations to support their attacks on commercial bass fishing, grossly exaggerate the number of recreational sea anglers and the economic importance of sea angling, reports Tim Oliver.

The former angler, who is a commercial rod and line fisherman, has carried out research that he says shows that the real number of sea anglers is, at the most, 200,000 rather than the 800,000 the angling lobby claims. And the number of bass anglers within this total is ‘tiny’ he says.

He also claims that the number of jobs created by recreational sea angling is not much more than 1,000, rather than the 26,000 the angling lobby claims, and that there are only about 100 tackle and equipment suppliers – at a generous estimate.

Ian Gilbert operates an under-10m cat with his wife, Annie, from Poole in Dorset, a leading sea-angling port. He has been a commercial fisherman for 14 years and was a keen recreational angler for 30 or 40 years. But he has given up angling because of what he says is the false information put out by the angling lobby and the ‘hypocrisy’ of sea anglers.

“We don’t want to be associated now in any way, shape or form with the recreational sector; we are 100% commercial,” he told Fishing News.

He says the recreational lobby is trying to close down commercial bass fishing, and he is angry at the figures they use to support their arguments and the fact that they are never challenged. He also says charter boat sea angling is declining because it has become too expensive.

“The information being given by the Angling Trust and other bodies is completely incorrect – the numbers of anglers, the numbers of jobs and the amount they put into the economy,” said Ian Gilbert.

He says the angling lobby is ‘terrified’ that the real number of sea anglers will become public, and are instructing all their members on their websites and blogs not to take part in any surveys or to help any scientists or government departments because the truth will come out as to how few of them there are.

He said the only way to find out the true number of regular sea anglers would be to introduce a rod licence for sea anglers, similar to those freshwater and coarse anglers must have, but the angling lobby strongly resists this.

“If a rod licence was introduced, the whole foundation of their case would collapse – I would very much doubt that 100,000 licences would be sold,” he said.

“My research shows the true figure of sea anglers is probably between 100,000 and 200,000 – a quarter of what the Angling Trust is claiming. And if you go down to bass fishermen, the numbers are tiny because geographically bass aren’t caught above a certain line in the UK.

“If 10 boats in Poole are fully loaded with their 10 anglers quota, then only 100 anglers a day can go out from Poole, the second biggest natural harbour in the world, so how are they going to service hundreds of thousands of sea anglers?

“There are only eight or nine charter boats in Poole, and possibly about 15 in Weymouth and they are the two biggest charter ports probably in the country.

“They say 26,000 jobs depend on recreational sea angling, but the true figure is probably not much more than 1,000. The only people who rely on recreational anglers are the charter fleet – and 300 charter boats in the UK is probably an overestimation. Most are skipper-only, but some have a deckhand, so if you are generous that’s still only 450 jobs.”

He said all the equipment is made in the Far East and there are ‘probably no more than about 300 tackle shops in the whole country’.

“The anglers try to add in jobs such as marinas, engineers and so on, but they would mostly be there anyway.

Ian Gilbert also disputes the figure of £3 billion that the lobby claims recreational sea angling contributes to the economy, arguing it is less than 10% of that.

“If there were 800,000 sea anglers, that would be one in 80 of the entire UK population, and they’d need to be spending £3,000 each to come to the £3 billion they say they put into the economy – none of it makes sense. The commercial sector needs to challenge these figures because they are damaging to the commercial industry.”

Ian Gilbert and his wife – who is joint skipper/owner of their boat – operate the only commercial bass rod and line boat in Poole, and he says they have been targeted by local charter boats when fishing off Poole in the past few weeks, to try to put them out of business.

He said they note their fishing positions and then publicise them in the area of the dock where the charter boats berth. This attracts noisy charter boats which scare off the bass.

He said that while he and his wife can live with the current bass restrictions, he is worried that more may be introduced in 2018.

“I’m going to campaign all the time now, to try and get the true facts out there,” he said.

Data were collected from over 11,000 sea anglers in England through an Office of National Statistics (ONS) household survey, face-to-face interviews with anglers by IFCAs, catch diaries, and online surveys.

The report says: ‘The surveys estimated there are 884,000 sea anglers in England, with 2% of all adults going sea angling. These anglers make a significant contribution to the economy – in 2012, sea anglers resident in England spent £1.23 billion on the sport, equivalent to £831m direct spend once imports and taxes had been excluded. This supported 10,400 full-time equivalent jobs, and almost £360m of gross value added (GVA). Taking indirect and induced effects into account, sea angling supported £2.1 billion of total spending, a total of over 23,600 jobs, and almost £980m of GVA.’

Ian Gilbert said the survey methodology was flawed. It carried out a survey in five coastal towns that asked a small sample of sea anglers whether they fished from the shore or from a boat, and extrapolated that to the whole country, which was ‘ludicrous’.

Ian Gilbert says he believes bass stocks are very healthy and that the science behind the stock assessments is ‘ridiculous’.

“The stocks are extremely healthy, in my opinion. There has been a lot of bad weather this year, but if it wasn’t for that we would have had a record year,” he said.

“A scientist from the Marine Economics Group, who came out with us one day, explained to us how they do the stock assessments, using algorithms and computer models – there’s no actual sampling.

“This year, we’ve been going through shoals of bass half a mile, a mile wide. There is a massive year class coming in, of fish that are now just under or just over the legal limit. The Portland boats said there was a shoal a mile-and-half wide a few weeks back; massive amounts of fish which under the old MLS (36cm) would have been legal.”

Poole Harbour is a bass nursery area, and he said one recent morning they had gone through bass ‘almost solidly for four miles, from 6in long to quite big fish – the water was alive with them’. He added that there were five angling boats fishing there illegally.

“The scientist from the Marine Economics Group who came out with us was amazed that we fished all day in an area south of the Isle of Wight, where you could see for 10 miles all around, and didn’t see a single boat all day. This is a massive bass area and no-one fishes it. There is no pressure on the stocks – it’s only the anglers.”

Ian Gilbert and his wife fish a strip up to 20 miles out to sea and 25 miles east towards St Katherine’s Point and 25 miles west towards Portland, an area of almost 1000sq miles. “Most of the time we won’t see another boat within 200sq miles, fishing what’s probably the most prolific bass fishing area on the south coast,” he said.

He said the angling lobby blames the commercial sector for problems with their bass catches, but the problem is that they have the wrong boats.

“The modern charter boats are large cats with two turbo-charged lorry engines that are noisy and vibrate a lot and scare the fish away. With eight or 10 anglers aboard, they get about 15-25 fish a day if they’re lucky, whereas my wife and I can catch up to 150 bass a day because our boat’s quiet.

“It was bass anglers who complained about the lack of fish, so restrictions came in, and now they’ve turned the blame on the commercial sector.” 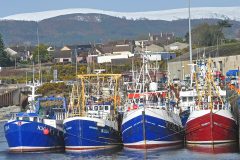 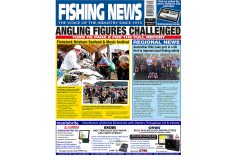