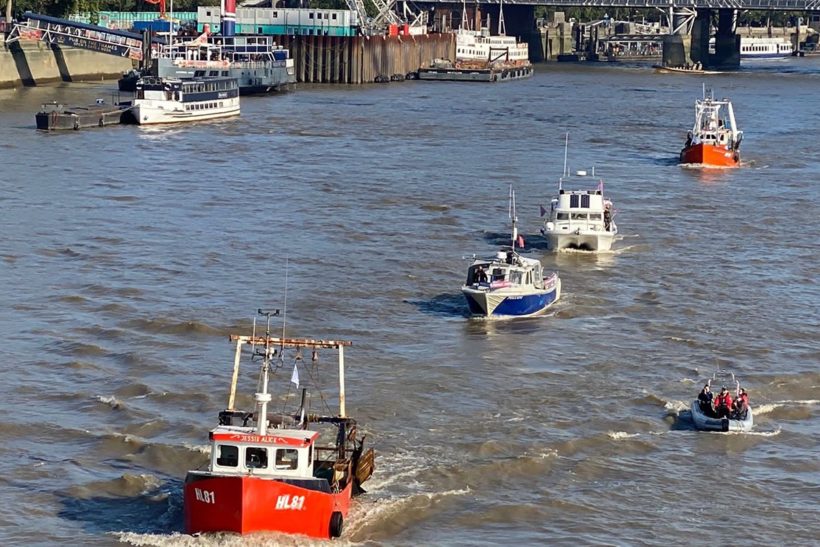 A flotilla of inshore vessels from the South East of England sailed up the Thames to Westminster last Wednesday (22 September), in partnership with Greenpeace – which hosted a group of TV news crews on its own vessel – to highlight the existential threat to their livelihoods from foreign-owned fly-shooters and supertrawlers working in the Channel, reports Andy Read.

The foreign vessels, up to 38m in length in the fly-shooting fleet, and 100m in the pelagic fishery, are fishing without restriction, up to six miles from the UK shoreline.

The protest outside parliament was to highlight the recent statement from fishermen’s organisations and Greenpeace, asking for a ban on these large vessels in the English Channel.

After mooring his vessel downstream, skipper Martin Yorwarth joined a meeting with MPs, fishermen’s representatives and Greenpeace to explain the fishermen’s concerns and press for immediate action by the government, urging it to use the powers it has under the new Fisheries Act to protect fish stocks.

The protest was supported by a number of MPs from across the house. The Father of the House, Isle of Wight MP Peter Bottomley, attended the launch meeting and made clear his support for the South East fishermen, tweeting immediately after the event: “I was pleased to join Greenpeace to hear the stories of fishermen against destructive fishing in Marine Protected Areas. Fish and fishermen are suffering. We need action now before it is too late.”

South Thanet MP Craig Mackinlay joined fishermen on Westminster Bridge as the vessels sailed past parliament. Speaking as the vessels were sounding their horns, attracting attention from normally stoical London commuters, he told Fishing News: “I am grateful to Thanet Fishermen’s Association for keeping me fully briefed on the issues that are putting their livelihoods in danger.

“I can’t offer our fishermen any quick solutions or promises, even though we have a pressing need right now to stop the fly-shooters from causing irreparable damage to fishing grounds. I can promise, though, to do all I can to help the government use its powers within the new Fisheries Bill to halt these factory ships from destroying livelihoods and markets.

“Fishing-wise, Brexit is not yet completed, and it is clear we have unfinished business that remains to be resolved. I hold out hope that a better deal will be forthcoming for British fishermen.”

This story was taken from the latest issue of Fishing News. For more up-to-date and in-depth reports on the UK and Irish commercial fishing sector, subscribe to Fishing News here or buy the latest single issue for just £3.30 here. (Main image: Sarah Ready). 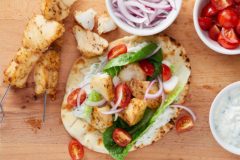 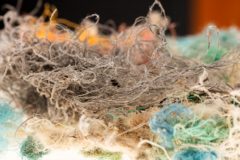