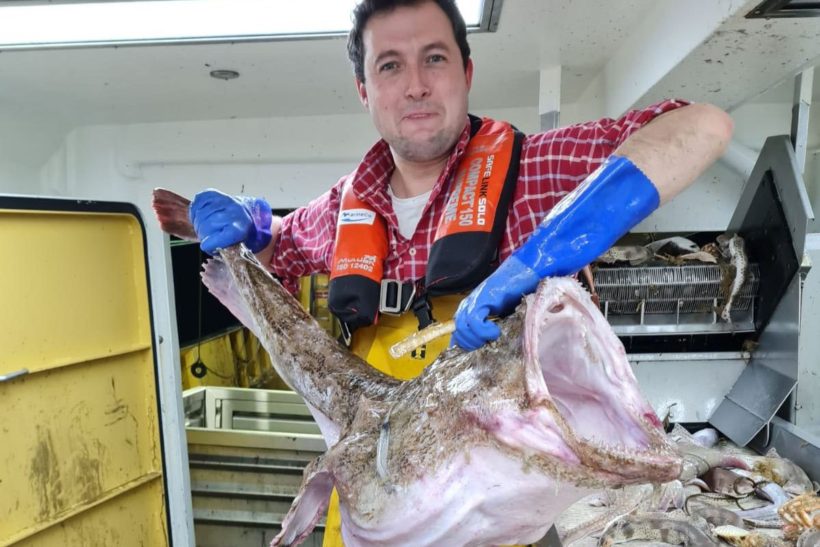 MPs from across the British Isles focused on the impact of rising costs, exacerbated by the burdensome regulations that are hampering the fleet’s ability to supply the domestic market at affordable rates, in line with the government’s food strategy.

Held in the airy, wood-panelled Grand Committee Room, the debate was secured by Anthony Mangnall, the Conservative MP for Totnes, and attended by MPs from all four nations. Defra minister of state Victoria Prentis was present to respond for the government.

“We all know that the English inshore fishing fleet is an integral part of our fishing industry, and the government are committed to its future,” she said.

“We cannot underestimate the impact that the fuel price crisis will have on our fishing fleets if the government fails to respond,” he said. “The worst-case scenario suggests that two-thirds of the UK’s fishing fleets might not be able to cover operational costs by income, and even the most optimistic scenario shows that half the fleet’s operating profits might drop into negative values.”

He proposed repurposing the £100m UK Seafood Fund to help retrofit vessels with green technology, and amending the super-deduction tax relief scheme to finance upgrades for vessels already in service.

In her response, Victoria Prentis recognised the disproportionate impact of rising fuel costs on fishermen.

“That has definitely informed the government’s decision to retain the fishing industry’s access to red diesel, but I accept that the marine voyages relief fund… is not as well used as it might be,” she said. She suggested meeting with MPs to discuss ways of deploying the UK Seafood Fund, a second round of which is planned for the autumn, to retrofit vessels.

Rising fuel prices were just one of the hardships raised by MPs. Luke Pollard, the Labour MP for Plymouth, said he had never seen so many fishermen in his constituency so worried about their future. “I am really concerned that many fishers across the country are now at a crisis point,” he warned.

This concern was echoed by Northern Irish MP Jim Shannon, whose Strangford constituency includes the key fishing port of Portavogie. “Many people I have known for years have retired or moved away from fishing because it is no longer financially viable for them… Costs are overtaking income.”

Mr Pollard called for more British-caught fish to be sold locally in UK supermarkets in ‘an opportunity to cut carbon, promote British jobs and celebrate the high-quality fish and fishing methods we have in our country’.

The prospect of this materialising in Wales in the near future is dim, according to Liz Saville Roberts, the Plaid Cymru MP for Dwyfor Meirionnydd. She said that local communities are seeing scant economic or social benefits from Welsh fish stocks due to a shortage of local infrastructure, combined with increasing numbers of vessels from the EU operating in Welsh waters. This has led to less than 10% of the fish and shellfish caught in Welsh waters being landed locally.

On the new MCA safety code, Mr Mangnall raised several issues, including the code’s ‘undeniably complicated and vague’ language, along with the lengthy and costly timeframe for roll test stability assessments. Other MPs echoed and elaborated on his concerns.

Chris Loder, the Conservative MP for West Dorset, branded the code a ‘bureaucratic nightmare’ that is negatively impacting the mental health of fishermen.

Shadow fisheries secretary Daniel Zeichner called for a culture change around MCA vessel inspections and paid tribute to Fishing News for its coverage of the issue, including stories of skippers finding themselves with seemingly less safe vessels following MCA-mandated modifications.

Mrs Prentis acknowledged the concerns raised. “I recognise that the inspections can be a source of stress,” she said. “This is very difficult territory… because we also recognise the importance of vessel safety.

“I am pleased that the MCA has started to attend some of the regular regional groups that we have around the coast for members of the inshore fleet,” she continued. “Engagement is probably the answer here.”

On spatial squeeze, Mr Mangnall raised the problem of fishermen being restricted to make way for wind farms and conservation zones. “The government must recognise the real-world consequences of squeezing and shutting down historical grounds, and the impact that this will have not just on the industry but on fish stocks and our ecosystems,” he said.

Moving on to the Catch App and IVMS, Mr Mangnall criticised the high cost of the IVMS technology and equipment, which he said failed to provide strong data from the inshore fleet. He requested an exemption for boats under 10m before the August deadline.

Providing a personal perspective was Sheryll Murray, the Conservative MP for South East Cornwall, whose fisherman husband died in an accident on his inshore trawler in 2011. She stressed the need to adapt technology to fit conditions on smaller vessels.

The fisheries minister responded that the MMO ‘is working intensively with fishermen to try to resolve the issues and concerns’ around IVMS and the Catch App. “And I am glad to say that most of those have been resolved, and uptake of the Catch App is now at about 90%,” she said.

“IVMS is now installed on most under-10 vessels, and we have got over many of the initial teething difficulties.”

Mrs Prentis was keen to stress the need for accurate data to help inform decisions relating to offshore wind farms and other spatial planning pressures. “Let us not forget that IVMS and the Catch App are important tools that will provide us with the data that we need to understand the impact and importance of the inshore fleet. The data that we have lacked for so long is really urgently needed, but it is important that we work with the industry to collect this data in a way that works for them.”

Scottish SNP MP for West Dunbartonshire Martin Docherty[1]Hughes lamented the costly added bureaucracy caused by ‘bargain[1]basement Brexit’, and flagged the 30% drop in Scottish seafood exports to the EU as a result.

While MPs from all parties welcomed this chance to highlight the many pressing inshore issues, Peter Aldous pointed out that debates on the inshore fleet have been held ‘for a very long time, yet things never appear to get better’.

He recounted meetings with inshore fishermen who were ‘tangled not in nets but in red tape, despite the UK having left the Common Fisheries Policy.”

Peter Aldous went on to describe the regulatory burden on inshore fishing vessels as ‘significant, growing and disproportionate – taking into account the amount of time it takes up and the way it is applied – compared with the regulations for both larger and foreign vessels’.

The debate concluded, however, without much indication of what would or could be done to reduce the burdens that are forcing many inshore skippers out of the industry. 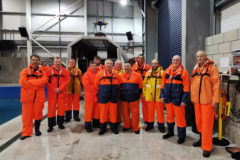 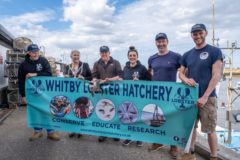