Trials to assess survival rates of discarded plaice have shown significant numbers of the species do survive after being caught and discarded, reports Tim Oliver.

Above: Handling of discards is one of several factors that influence survival rates. (Photograph courtesy of CEFAS/DEFRA).

Survival rates are important because the landing obligation rules allow for exemptions from the ban on discarding for species that can be shown to have high survival rates, such as flatfish and Nephrops. The regulations state that exemption can be granted for ‘species for which scientific evidence demonstrates high survivability rates, taking into account the characteristics of the gear, the fishing practices and the eco-system’.

The survival rates shown by the trials were:

But in the other two fisheries the models predicted fewer fish would survive over a longer period than that used in the trials. They showed a 19-20% rate in the North Sea otter-trawl fishery and only 4-15% in the Western Channel beam-trawl fishery.

Commenting on the differences between the survivability rates in the South West otter and beam-trawl trials, CEFAS scientist Tom Catchpole, one of the report’s authors, said it was not possible to be certain about the reasons for the differences.

“The work was done during the same time period, suggesting that temperature and fish condition would have been comparable,” he told Fishing News.

“And it was done in the same general area, although the locations of tows were different, and the fishing depth of the otter trawler was shallower than for the beam trawler.

“It can’t be assumed it was because of the different catching methods and the different stresses exerted on the fish in a beam trawl compared with an otter trawl, but this is possible, along with differences in catch composition and sorting method. There are many factors that affect discarded fish survival, and it is difficult to understand the separate effects of each of these.”

There was no observed evidence of predation by birds on discarded fish during the trials, but the results do not include possible predation by other predators.

Discarded fish were kept in tanks so that they could be monitored during the observation. 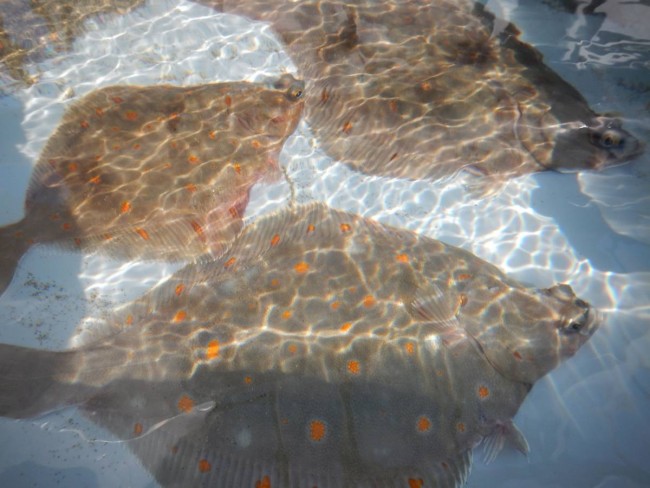 Plaice were held in onboard tanks so they could be monitored during the observation period. (Photograph courtesy of CEFAS/DEFRA).

This created stress on the fish from factors such as handling, temperature differences, confinement etc, which would be likely to have caused some experimental deaths.

‘Therefore, the results presented here should be interpreted as minimum estimates of discard survival, including avian (bird) predation but excluding other marine predation,’ says the report.

The trials also suggest that survival rates reduce in bad weather and with longer catch-sorting times.

“There were many factors with the potential to influence survival, and the relatively low sample number of fish from which survival or death is directly observed makes it difficult to identify the key influencing variables,” says the report.

But in general, the trial results agreed with other studies indicating that gear type, handling, air/water temperatures and exposure were the most important factors, and this information could be used to improve discard survival rates.

Although assumptions must be made to apply these results to vessel or fleet levels, the report says the evidence is ‘considered to provide scientifically robust estimates of discard survival’ and to guide fisheries managers when making proposals for survivability exemptions from the discards ban. 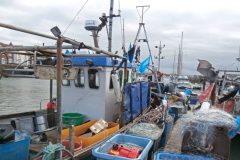 Littlehampton fishermen share their concerns for state of the industry 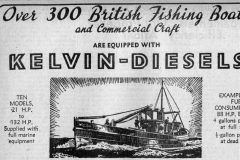 Commercial fishing: Looking back to 1945