The issues raised with the Minister reflected both the diversity of the Federation’s membership but also the complexity of the issues confronting us as an industry.

NFFO Chairman, Tony Delahunty said after the meeting: “This was a good opportunity to gauge the Minister’s thinking on some of the key issues confronting the industry as we prepare for the all-important autumn negotiations.

“He made clear that his overarching objective was to ensure that the reform of the CFP, agreed in 2013 (the main components of which were regionalisation, MSY and the Landings Obligation) is implemented in a workable and practical way.”

“We were able to highlight our areas of greatest concern as well as underlining the recent scientific advice released from ICES which confirms that generally our stocks and fisheries are going in the right direction.”

Delahunty stated he found it encouraging that the Minister “clearly believed” engagement with the Federation, as the voice of the fishing sector, was essential to finding a way to implement the CFP reforms sensibly.

“But in addition to the CFP, there are many issues that are home grown, such as capping the over-15 shellfish fleet, artificial constraints arising out of the devolution concordat, poor access to European grants that can be dealt with domestically.

“This was a positive meeting, which sent strong signals on the issues that the Federation’s members think most important.” 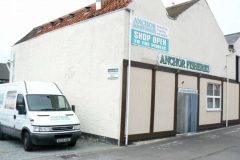 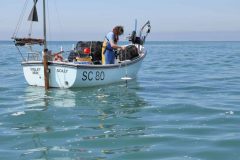