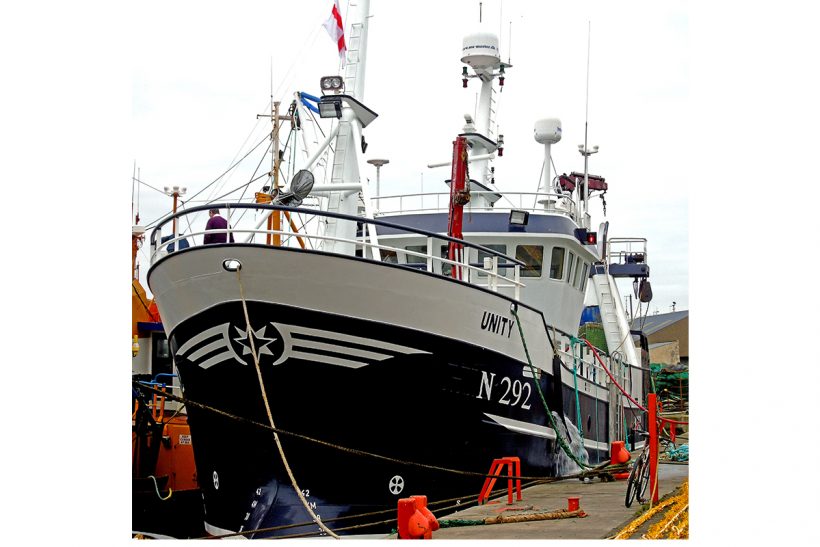 The latest addition to N Ireland’s fleet, the versatile trawler Unity N 292, recently started fishing from Kilkeel after being purchased from Denmark as Kirstine Vendelbo by the Glenluce Fishing Company, in a sale brokered by Atlantic Shipping A/S, reports David Linkie.

Unity skipper Robert Donnan and his crew are initially working traditional semi-pelagic gear in the Irish Sea for whitefish, and landing to Anglo North Irish FPO/Sea Source in Kilkeel. Unity is also expected to be used for twin-rig prawn trawling.

Working through the Northern Ireland Fish Producers Organisation, Unity is a replacement for the 19m trawler Aurelia B 336, which Glenluce Fishing Company sold to North Devon Trawlers a few months ago. (Fishing News, 14 September) 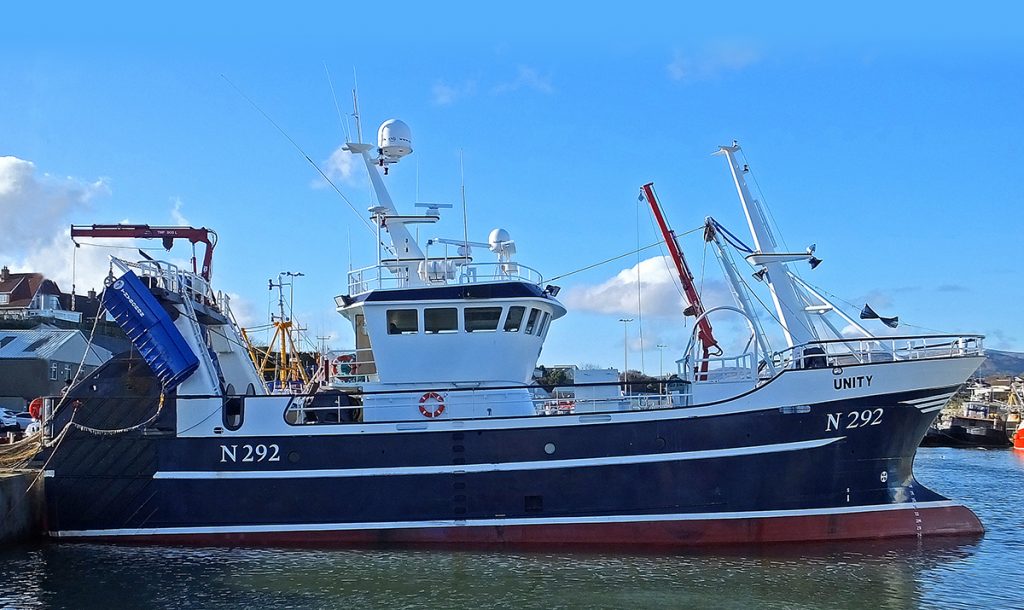 Unity was built at Vestværftet Shipyard, Hvide Sande in 2012, as Kirstine Vendelbo HM 292. With an LOA of 27.65m, registered length of 23.99m and a beam of 7.7m, the fully-shelter-decked vessel was used for a combination of seasonal midwater and twin-rig trawling by her previous owners at Hanstholm.

Following the purchase of Unity in Denmark, Hanstholm Shipyard carried out a number of jobs on the vessel, including fitting a new sounder transducer on the hull and a cable winch specifically for semi-pelagic trawling.

A spokesperson for Glenluce Fishing Company said: “From the initial contact with Atlantic Shipping A/S and the owners of Kirstine Vendelbo, the high levels of co-operation we received ensured a smooth transition and an extremely efficient process towards Unity starting to fish. 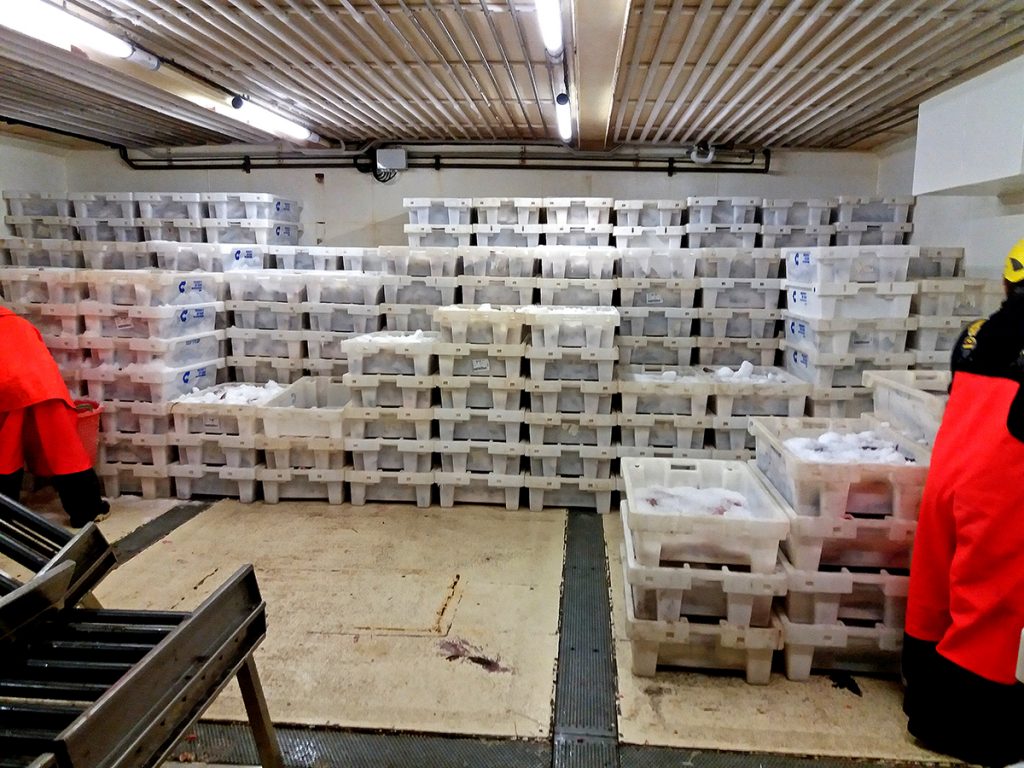 “Hantsholm Shipyard, together with other local firms, and Ove Kristensen of Vestværftet ApS were very supportive. So too were Sam Campbell of Mourne Marine Surveys, staff in the N Ireland MCA office, Norman Chambers of JN Chambers Insurance, NIFPO, and ANIFPO/SeaSource.

“SIRM Electronics, Kilkeel and McMinn Marine, Fraserburgh also provided invaluable service. Swan Net-Gundry made our new fishing gear in Killybegs, while ES Trawls of Hantsholm enabled us to fish our way home to Kilkeel. The high level of professional support we received is very much appreciated.”

This wide body trawl is constructed with PEPA twine top and sides, hexagonal panels and 8 panel bellies. Earlier this year this model underwent extensive testing in the flume tank at Saint John’s, Canada, where it was reported to have performed impressively.

A SNG spokesperson fsaid “We look forward to working with the Glenluce Fishing Company for many years to come and wish Andrew, Alan, Ian, and their family and every success with their new boat.

The arrival of Unity at Kilkeel further underlines the commitment of local skippers to the future of their industry, and the importance of implementing plans for a new deepwater harbour at the Co Down port, which is the leading landing centre in N Ireland. 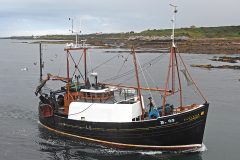 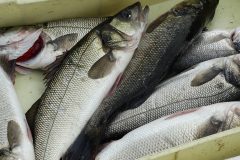