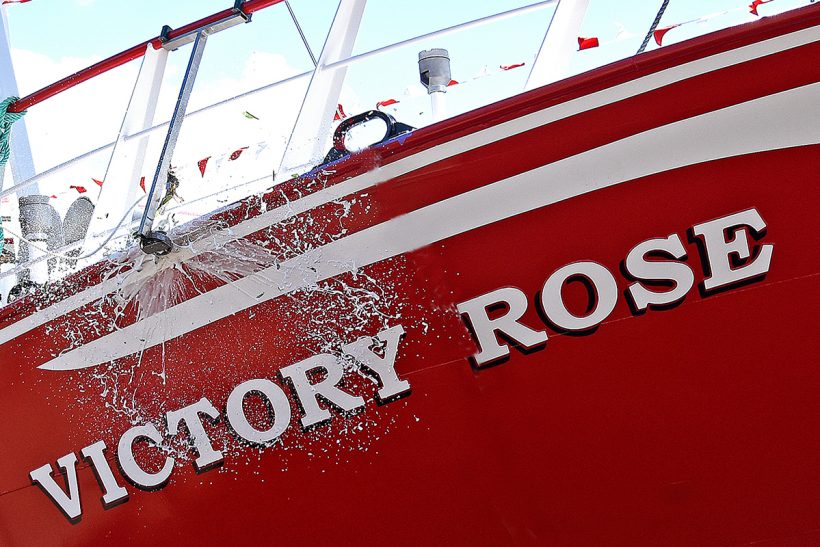 Built by Parkol Marine Engineering for Lockers Trawlers Ltd, Victory Rose will complete the first new dedicated whitefish pair team to be built for owners in England when she starts fishing in the North Sea with her sistership Our Lass III WY 261; appropriately, in a year in which the Whitby company is celebrating its 30th anniversary. 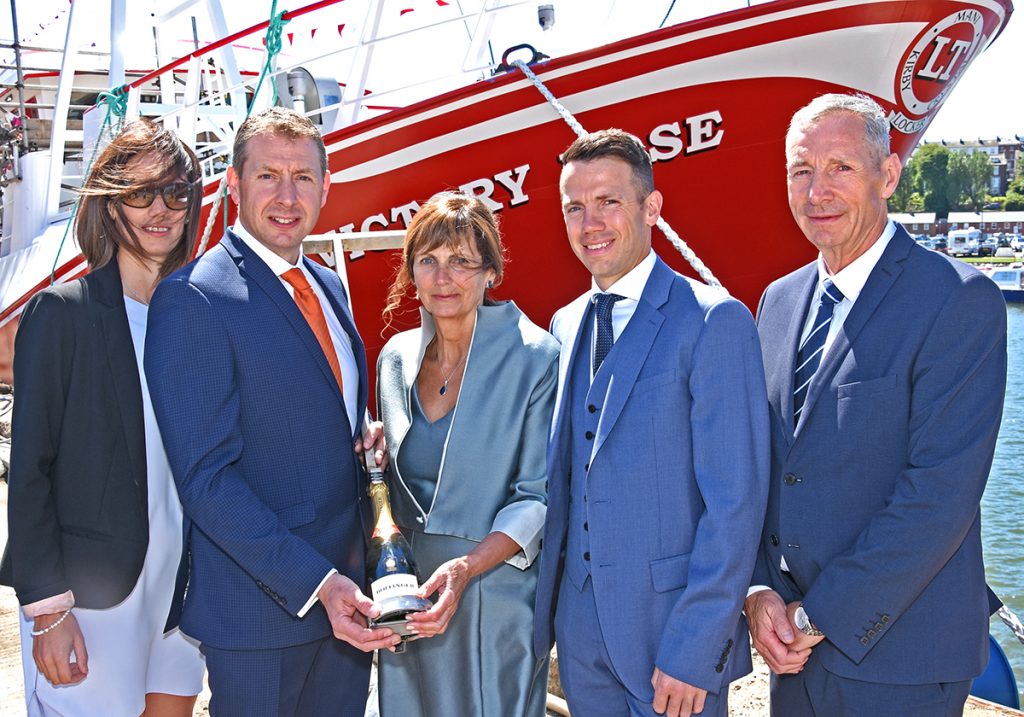 After Shelia Locker had broken the traditional bottle of champagne, Peterhead Fishermen’s Mission superintendent Steve Murray blessed Victory Rose while standing on the shelterdeck alongside Arnold Locker and his sons James and Andrew.

Following the naming ceremony, guests attended an evening reception at The Stables Restaurant in Whitby, where they enjoyed a beautifully presented seafood buffet meal. This included a superb selection of halibut, turbot, lemon sole, haddock, monkfish, cod, salmon, prawns, cockles, mussels, Whitby crab and lobster, nearly all of which was sourced from the host’s own boats. 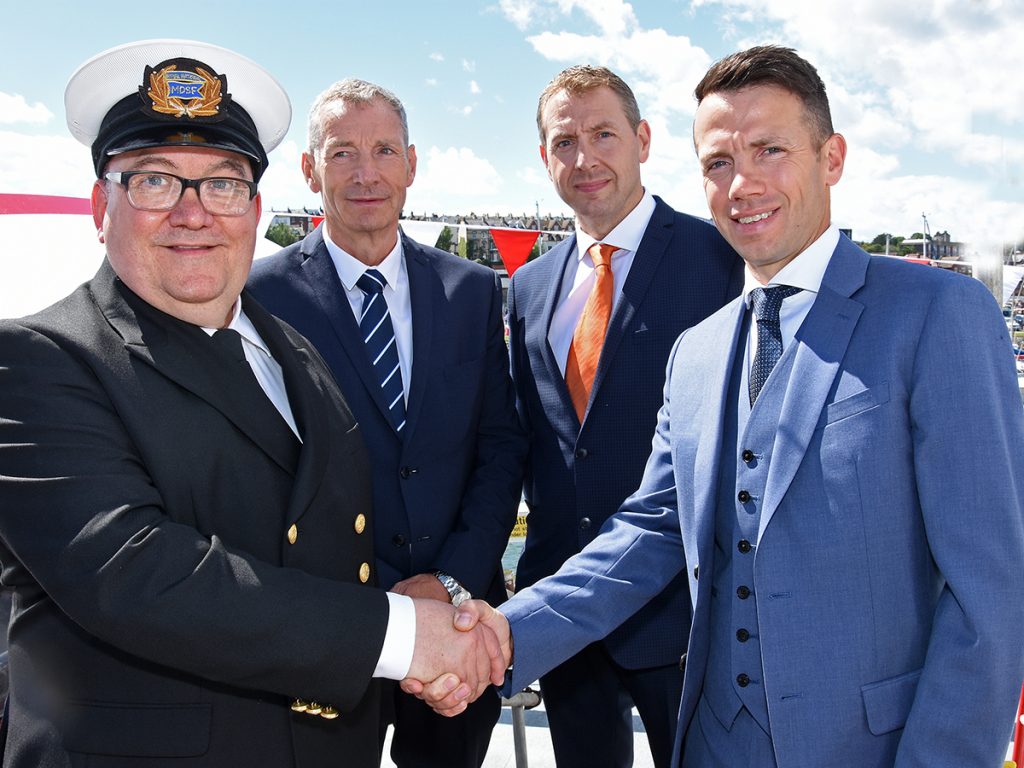 Parkol director Jim Morrison expressed his thanks for the skill and dedication of the boatyard team, all of who come from Whitby, and said that the town should be extremely proud of what they continue to achieve.

Andrew and James Locker voiced similar sentiments in their humorous addresses, before paying tribute to the forward-looking approach of the family business, as well as the skills and work ethic of their loyal crew, for facilitating the building of Victory Rose just four years after Our Lass III.

Immediately after the meal, what initially appeared to be two particularly clumsy waiters – who made an immediate impact by noisily discarding a tray of cutlery in front of the top table – quickly atoned for their error by entertaining guests for 20 minutes with high-class tenor singing of famous Italian songs, which were enjoyed by all.

The live entertainment was continued by the scripted appearance of Kate Lavery and Keith Wallace, followed by a disco and a fireworks display towards the end of a night on which guests generously donated £1,264 to the Fishermen’s Mission. 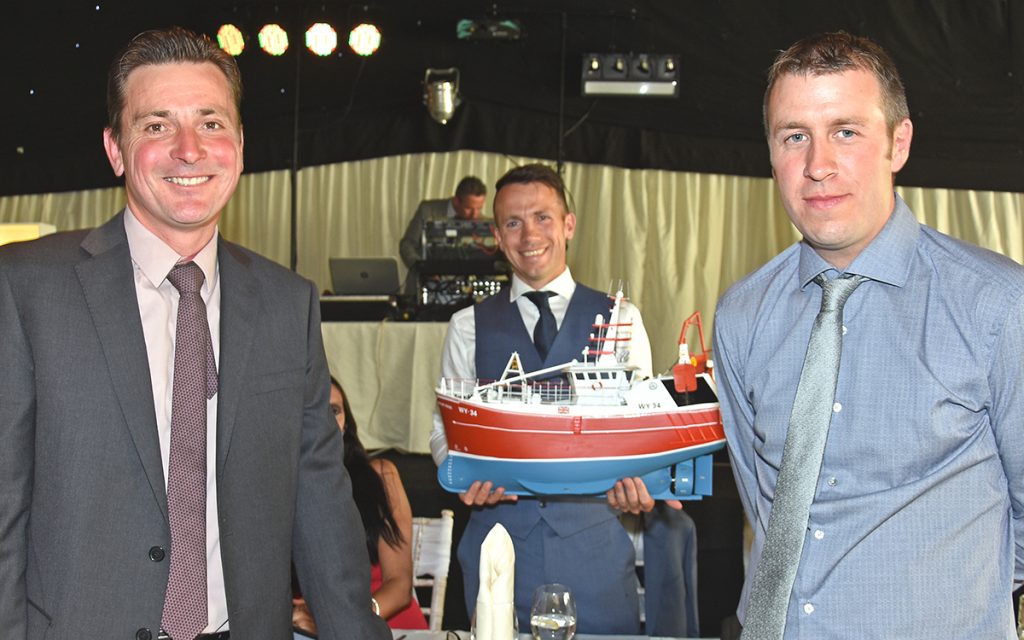 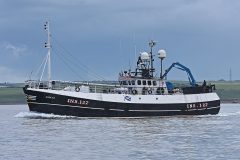 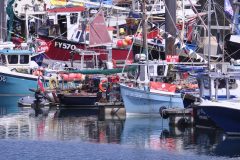