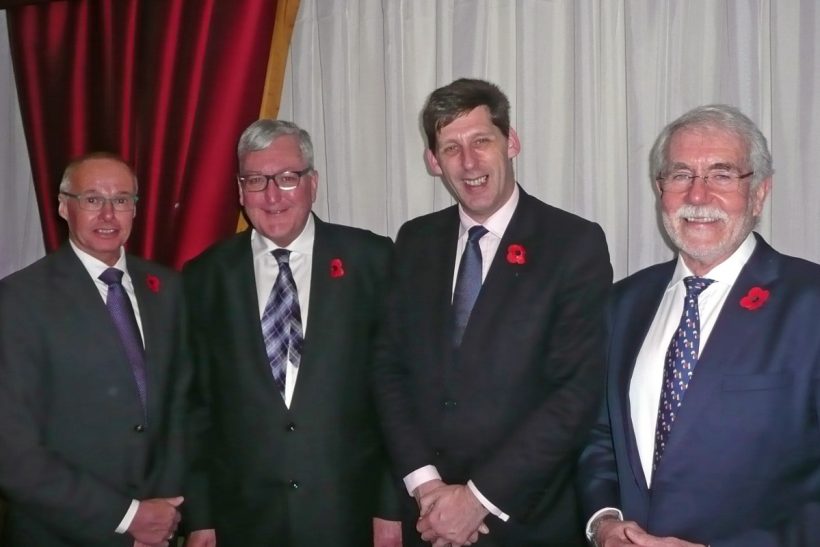 The discards ban will fail in its present form, and politicians must find a solution to the problem of choke species it creates, a Scottish fishermen’s leader has warned, reports Tim Oliver

The pressing need to find urgent solutions was highlighted at the annual dinner of the Scottish Fishermen’s Federation last week.

SFF president Ian Gatt told guests: “There is universal commitment to ending discarding, but no one connected with the practical operation of the industry is in any doubt that the ban will fail in its present form.

“It is a political rather than a practical set of rules. Brexit will provide the tools to make it work in our waters, like Norway does, by matching catching opportunity with what is actually in the sea, but for the immediate future, our politicians must be brave and produce a political solution.”

He told Scottish fisheries secretary Fergus Ewing, who gave the keynote speech, that the industry was ready to help.

Mr Ewing said that it was ‘incumbent’ on the industry to try to comply with the discards ban, because we had to abide by EU regulations as long as we were in the EU.

But he said there were ‘outstanding issues’ with choke species for a number of critical stocks, particularly North Sea hake and West of Scotland cod and whiting, and that the Scottish government had been working with the industry ‘to proactively generate solutions to avoid the fleet being tied up’.

“I’m pleased that together, industry and the Scottish government have focused on practical and sensible solutions which will support the long-term sustainability of the stocks,” said Mr Ewing.

“I readily acknowledge the industry’s positive contribution to developing joint solutions, and I certainly do not want to impose decisions top-down.

“As we head into a period of intense negotiation in the run-up to the December Council, I will use the full political weight of the Scottish government to get solutions in place. It is vital that the UK government understands the need to prioritise practical and pragmatic solutions, and that that message is delivered loud and clear in Brussels.”

He said there had been ‘significant progress’ in developing solutions to managing the choke risk, and that the progress had ‘a distinctly Scottish flavour’.

“I will not accept a deal that does not cater for the necessary solutions,” Mr Ewing told the guests.

“And to reassure you all, going forward as a coastal state, my first priority, if still under the CFP rules, as envisaged by the UK, will be to ensure that, in return for some access, we receive at least enough fish that the landing obligation, as it currently stands, will not stop anyone fishing. That is an absolute minimum start point.”

But the fisheries secretary also gave a warning that continued discarding of species that had already been phased in under the discards ban had consequences, and was part of the reason for what he described as ‘challenging’ scientific advice for 2019 on some stocks.

He said, “Let me be frank with you all. A contributing factor to some of this challenging advice is that quota top-ups have been taken and fished, but discarding by some vessels has continued.

“Inevitably catch limits have been exceeded – so it’s not surprising that we’re seeing this come to pass in some of the most recent advice. We are in danger of being seen as the authors of our misfortune. We all, industry and government, will be judged on how we respond to this.”

Referring to the 2019 scientific advice, he said it was ‘a very mixed bag, which we expect will lead to some challenging proposals from the Commission’.

The advice included ‘significant cuts’ to most of the main North Sea whitefish stocks, including cod, haddock and whiting. But there was advice for increases in North Sea saithe and for hake – both significant choke stocks – and for Rockall haddock.

And there was some positive news for the West of Scotland, with advice for ‘substantial increases’ in Nephrops, monkfish and megrim, and positive trends identified for skates and rays.

The Commission’s proposals for 2019 TACs were expected this week.

More details of the SFF dinner in next week’s Fishing News.

Dutch fishermen’s organisation Nederlandse Vissersbond is telling its members to prepare for a ‘no deal’ Brexit – and warns that it could have ‘disastrous consequences’, reports FiskerForum.

Asked by his members to clarify the situation, chairman Johan Nooitgedagt said that if the EU and the UK can reach a Brexit agreement, a transitional period would take the present arrangements up to the end of 2020. “This allows our fishermen to work longer in the British waters, and we have more time to fight for maintaining access to the waters,” he said.

But if there is no agreement, the UK will close its borders on 29 March, 2019, and all agreements will expire. There will be no transitional period.

Johan Nooitgedagt said: “Of course we are hoping for a scenario in which the EU and the UK conclude a deal. But we also have to remain realistic. There is a chance of a ‘no deal’. This would have disastrous consequences for Dutch fishermen who catch their fish in British waters, or British-flagged vessels that land in Dutch ports. These fishermen should already be preparing themselves for this – for example, by arranging the right customs documents.”

He commented that the British parliament is already planning for a no-deal situation, in which case the UK is only obliged to follow the arrangements agreed at the December 2018 Council of Ministers up to 29 March.

He added that DEFRA minister Michael Gove has already indicated that under no-deal circumstances, the December 2018 catch quotas and regulations would be expected to apply for the whole of 2019. “This is new information, and this could give us an additional three-quarters of a year,” he said. 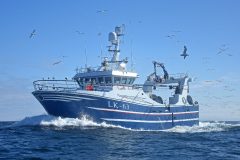 Boat of the Week: Tranquility LK 63

Public Notice (Cornwall): Application for a Section 36 consent to generate up to 40 MW of energy from temporary floating offshore windfarm structures 16km off St Ives Head