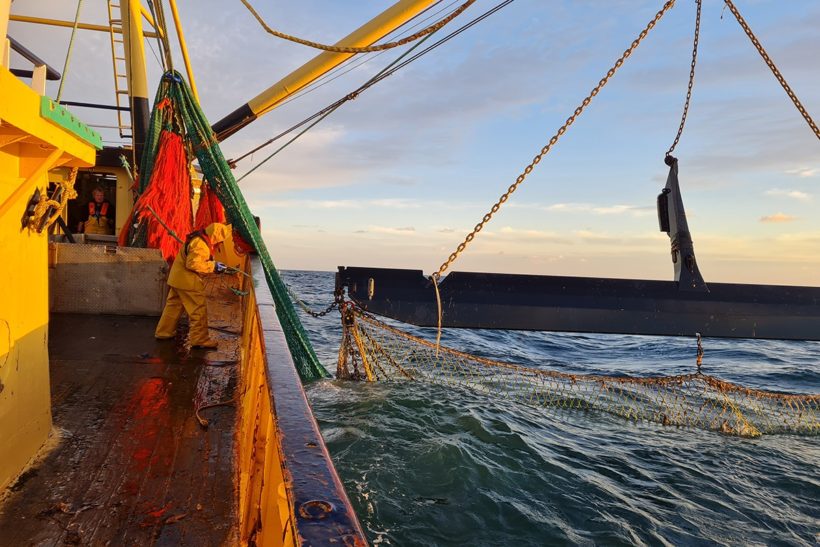 The Waterdance beam trawler Margaret of Ladram, skippered by Adam Cowan-Dickie, has just completed trials of the Sumwing beam trawl, to better understand the potential fuel savings and catches compared to traditional gears.

The Margaret of Ladram operates from Brixham and fishes primarily for Dover sole, monkfish and turbot. Her Sumwing trials represent an important step in assessing how such new fishing gear designs can be modified to suit the UK fishery.

“Sumwing beam trawls were developed in the Netherlands for the North Sea flatfish fisheries but have not yet been tested in our fishery here in the South West,” explained Western Fish Producers’ Organisation manager Chloe North.

“The gear needs to be modified to suit our style of fishing, using lower towing speeds and for a different species mix. This trial will help determine if the gear could be adopted more widely, helping improve fuel efficiency across the fleet. This would in turn help reduce the sector’s carbon footprint.”

The Sumwing replaces the traditional heavy beam with an air-filled, aerofoil-shaped wing to keep the gear open. Unlike traditional beam trawls, the Sumwing trawl does not have runners at each end which drag along the seabed, relying instead on a single central skid and hydrodynamics to keep the net on the bottom, while the Sumwing itself skims around 600mm off the seabed.

Sumwing trawls are generally at least 25% lighter than their traditional counterparts and cause significantly less drag, as there is less contact between the gear and the seabed. In addition to improving fuel consumption, the use of Sumwing beam trawls minimises disturbance of seabed sediments and habitats.

“We are analysing the data from the trials, and should be able to report back the results within the next couple of weeks. We are hoping to be able to report at least a 10% drop in fuel consumption, but this could be as high as 15-20%,” Chloe North told Fishing News.

“At the moment fuel represents more than 22% of our vessel operating costs, so this will be a significant saving. When combined with the potential of reducing environmental impact, this is a really exciting piece of research.” 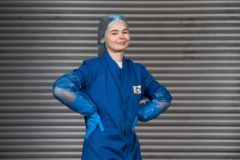