Scottish fisheries minister Fergus Ewing has slammed the UK government’s Brexit Withdrawal Bill that will roll over the landing obligation into UK law as ‘one of the most bizarre decisions on fisheries management I have ever encountered’, report Tim Oliver/David Linkie.

Slamming the UK government’s Brexit policy, the minister warned of the real threat of choke species created by the discards ban and said: “I will not be the minister who will tie his fleet to the quayside because the available solutions to choke species haven’t been put in place.”

He said the Withdrawal Bill and the UK’s approach to Brexit was a serious threat to Scottish interests and was ‘a deliberate power grab designed to centralise control in Westminster’.

The minister also rejected the view that effort control should replace TACs and quotas as a solution to landing obligation problems.

Speaking at the annual dinner of the Scottish Fishermen’s Federation in Edinburgh, Fergus Ewing stressed the Scottish government’s commitment to sustainability, responsible management, and the general principle behind the landing obligation/discards ban of reducing waste and improving accountability.

But, stressing the threat of choke species in 2019, he said there was not enough progress on tackling this at EU level. He and his officials would continue to fight to protect Scottish interests, but he was ‘under no illusions’. He told guests: “The threat of choke species is real, particularly given the UK’s insistence to roll forward at a UK level, and impose on you the landing obligation as it currently stands – one of the most bizarre decisions on fisheries management I have ever encountered.

“Our future management discussions should be about what arrangements best suit Scottish fishing interests, not as in the example of the landing obligation where these are compromised not just by the CFP but by the UK government as well.”

He said DEFRA fisheries chief Michael Gove appeared to be listening to ‘some colourful characters’, and seemed inclined towards a future policy ‘based on restricting effort and tying boats to the harbour wall. This approach singularly fails to recognise the complexities of mixed fisheries such as ours’.

The Scottish minister said TACs were an international legal obligation and a tried and tested method of managing fishing mortality. There were several management solutions, ‘but tying up our fleet is not one I am minded to support’.

He said it was time to look afresh at discards and develop ‘a sensible, workable, accountable catching policy for the future’ that would form part of ‘a wider strategic body of work on future fisheries management arrangements in Scotland’.

Brexit ‘elephant in the room’

He told guests: “Be in no doubt, the ability of the Scottish government to protect Scottish interests – your interests – in the future is under serious threat from the UK government’s approach to Brexit. An approach which, at best, is confused and contradictory and at worst is a deliberate power grab designed to centralise control in Westminster.”

Fergus Ewing said there should be some UK-wide approaches after Brexit, and the Scottish government always tried to challenge the UK government constructively. “But we cannot accept the imposition of UK-wide frameworks, particularly by a UK government that has repeatedly treated the Scottish fishing industry as ‘expendable’, and which shows every sign of attempting to do so again.

For example, he said it was well over three years since the UK administrations agreed that it was necessary to update and improve the 2012 UK Fisheries Concordat. The Scottish government had offered DEFRA ‘innumerable ideas for sensible, pragmatic compromises to try to make for devolved arrangements that allow the UK to meet all its international obligations. But still the process drags on’.

He called on the UK government to ‘get on with completing this unfinished business’ and to demonstrate there is no hidden agenda.

The Scottish government’s vision for Scottish fishing was for ‘a sustainable, profitable and growing industry, supporting vibrant coastal communities, and with responsibility for decisions affecting Scottish fishing made in Scotland’. They wanted to work with European partners to ensure sustainable management of stocks and negotiated access to Scottish waters, while protecting local communities.

Fergus Ewing warned of the potentially ‘devastating impact’ on the processing sector of restrictions on freedom of movement and the potential loss of tariff-free access to markets. There were alternative markets, but their value was ‘currently tiny, compared to the EU’.

Some in the sector had warned that tariffs could not be absorbed and that delays in getting products to markets reduced value and were critical for fresh and live exports.

“As we continue to operate against a backdrop of an uncertain future and the threat of a power grab from Westminster, it is even more important that we work and move forward together, with clarity of purpose,” the minister told guests.

More details of the SFF dinner can be found on pages 8 and 9.

Fergus Ewing said the Withdrawal Bill was of particular concern to the Scottish government. In its current form, it would retain core elements of the CFP in UK law, and effectively re-reserve competence over fisheries and a range of other devolved interests, which would have ‘dramatic effects’.

“It would, for example, prevent us from making any changes to the discards ban. More generally, it would mean the speed with which fisheries regulation can be updated to take account of changing circumstances will be significantly impaired.

“If our seafood industry is to remain competitive, our regulation must be responsive and suited to local and regional needs. A centralised ‘one-size fits all’ approach is incompatible with that.”

The minister welcomed that the SFF had recognised the threat the Withdrawal Bill poses for Scottish fisheries in its evidence to the Finance and Constitution Committee. He said the Scottish government was pushing ‘very strongly’ for the Withdrawal Bill to be amended, and has secured considerable support. “It is in all of our interests to continue to press the UK government for as much clarity as possible about its intentions,” he said. 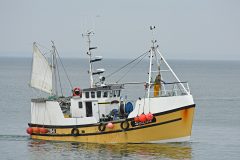 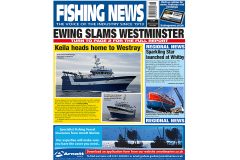