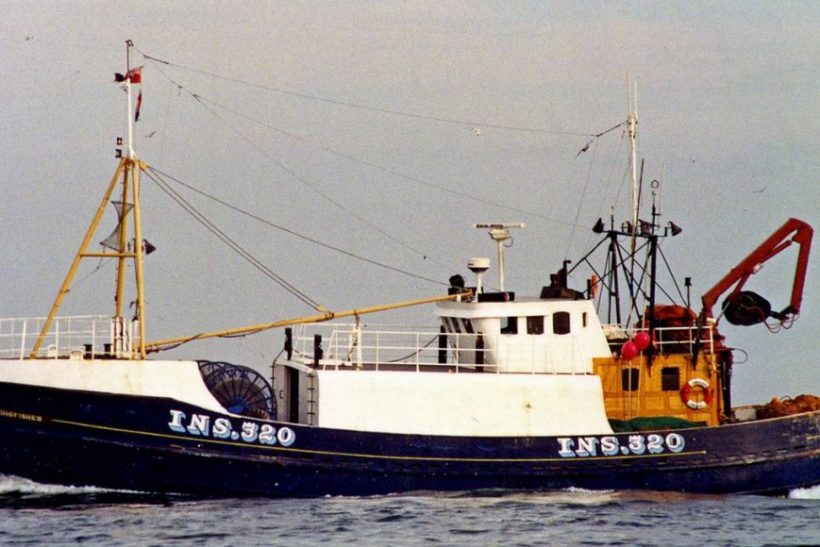 Burghead skipper George Main’s 75ft pair seiner Kingfisher was built at Malahide in 1976 for Jackie McKee of Kilkeel, as the herring pair/whitefish trawler Constant Faith N 269. Constant Faith left Co Down in 1984 to be re-registered PD 344, after being bought by Peterhead skipper John Simpson and rigged for fly-shooting. When skipper Simpson bought the Jones of Buckie-built Trident LK 217 in 1990 from Jimmy Robb of Scalloway, Constant Faith was renamed Kingfisher INS 320 by George Main, who then pair-seined from Peterhead with another Irish built boat, Taranis INS 169.

Lawrence MacAvoy of Clogherhead took Kingfisher back to the east coast of Ireland in 1995 and converted her for twin-rig trawling. Two years later the vessel moved to Co Cork to be renamed Cu Na Mara S 224 by Donal and Kevin Deasy of Union Hall. When the steel-hulled Cu Na Mara was ordered in 1999, her 500hp Caterpillar-engined predecessor was renamed Brian Eoin S 347 by new Union Hall skipper/owner Martin Deasy. The wooden-hulled Brian Eoin was decommissioned in 2006. 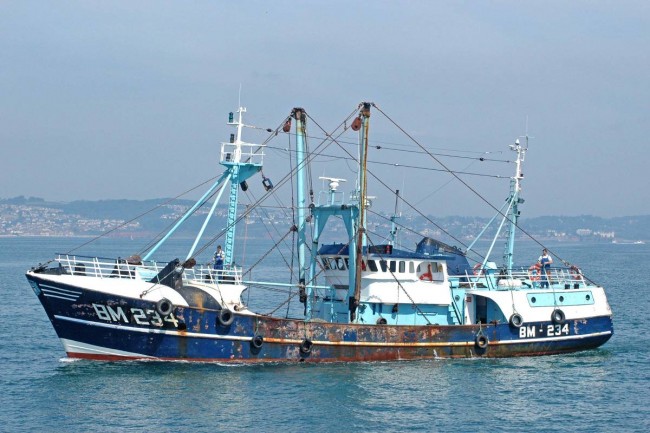 This ex-Dutch beam trawler arrived in England in 1984, when the 100ft vessel was bought by Michael Thomas of Brixham. This was to replace the smaller and older beam trawler Semper Allegro LT 117, which had been sold to Pino Antoniazzi of Milford Haven. De Vrouw Marie started fishing in Holland in 1972 after the hull, which was built by van der Beldt Scheepswerf in West Graftdijk, was fitted out at Katwijk by Machinefabriek Zwitser as the beam trawler Janna Willempje TX-5 for Texel owner Arie Ellen. Fitted with a Stork Ricardo 800hp main engine, Janna Willempje moved to Den Helder in 1980, when the new Skipper Rein de Boer renamed the beamer De Vrouw Marie HD-34. Since arriving at Brixham in 1984, De Vrouw Marie fished from the south Devon harbour for over 20 years, in which time the beamer’s pale blue beam gantry and derricks were a distinctive feature. De Vrouw Marie was one of eight beam trawlers to be scrapped in 2007 under a £5m decommissioning scheme as part of the Western Channel sole recovery plan. De Vrouw Marie is survived at Brixham by her sister boat, Geeske BM 140, which was built one year earlier at West Graftdijk. 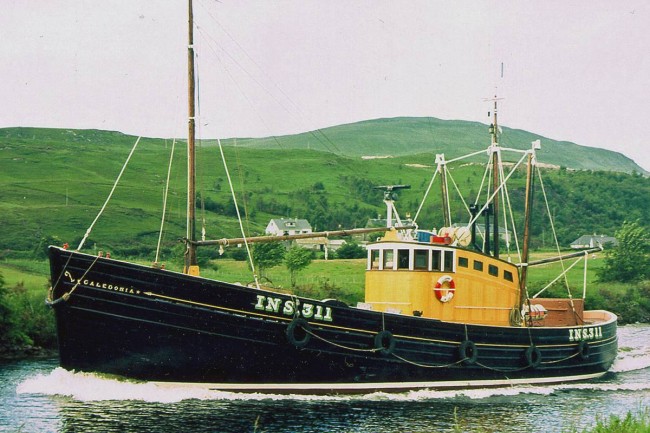 The 70ft Caledonia INS 311 was built at Herd & MacKenzie’s Buckie Shipyard in 1956 as the seine netter Caledonia INS 311, for Lossiemouth Skipper John Thompson. Caledonia was the first new boat ordered by John Thompson, who previously fished on his brother Campbell Thomspon’s seine netter Kiloran, which had been built two years earlier at Herd & MacKenzie’s Peterhead boatyard. Powered by a 152hp Gardner engine, the stylish seiner Caledonia proved a very successful first command for John Thompson, regularly setting new landings records on both the east and west coasts of Scotland, seine netting mainly from either Lossiemouth or Lochinver.

When Skipper John Thompson took delivery of the 78ft Horizon from Herd & Mackenzie in 1969, Caledonia steamed through the Caledonian Canal for the last time, en-route for Howth, having been bought by local skipper Thomas Caulfield. Subsequently renamed Caledonia Rose D 331 and rigged for side-trawling, the vessel’s distinctive profile was a familiar sight in Howth for more than 40 years. Towards the end of a fishing career spanning 50 years, at the end of which Caledonia Rose was used for whelk potting in Dublin Bay, the boat was decommissioned in 2006.