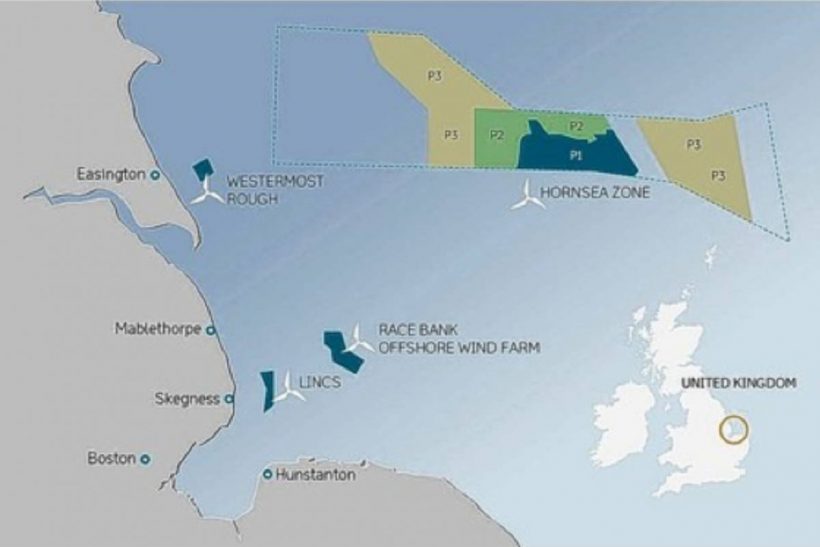 The world’s largest windfarm is to be built in the North Sea 80 miles off the Yorkshire coast, reports Tim Oliver

Developer DONG Energy says the Hornsea-1 farm will cover more than 154 square miles and its wind turbines will be 190m tall. It will be able to power over one million UK homes with a capacity of 1.2 gigawatts and is expected to be fully operational in 2020.

DONG Energy also has the project rights to develop the huge windfarm even further, through the Hornsea-2 and Hornsea-3 projects, which have the potential to produce three gigawatts of wind power capacity in total.

The area covers important plaice and sole fishing grounds, and the northern limit of the area will be close to the southern end of the Silver Pits fishing grounds.

The windfarm is part of the Round 3 Crown Estate leasing round, which has also given consent to the Four Winds consortium to build two windfarms on the Dogger Bank, and to Scottish Power and Vatenfall for a windfarm off East Anglia.

Dale Rodmell, assistant chief executive of the NFFO, said the federation is keen to work with DONG Energy and the authorities to minimise the impact of the development on fishermen. NFFO Services will provide vessels for guardship duties and will liaise with DONG Energy.

He said: “The physical presence of the world’s largest offshore wind farm off the coast of Yorkshire will inevitably be a constraining factor on fishing in the area. However, the fishing industry has worked closely with offshore developers for many years to promote a better understanding of one another’s needs, in order to ensure that, as far as possible, both industries can coexist. This has proven every time to be the most effective way of limiting disruption to each other’s activities. It will be important, therefore, to continue to collaborate as the planning for this particular development continues.”

He said that good communication and effective planning were ‘crucial’, to avoid disruption to fishing, and protect the interests of both industries.

“The energy firms may be newcomers to the seas, but the reality is that we have to co-exist as far as possible,” Dale Rodmell told Fishing News.

“We need agreements on how they conduct their fisheries liaison and their practical plans for how they will limit the effects on fishing access. We encourage the developers to prepare co-existence plans, their construction timetable, and to give sufficient lead time for static gear to be moved, that kind of thing.”

Apart from the huge area covered by the windfarm, there is also disruption to fishing as the cables to link the power generated to the national grid are laid across shellfish grounds that are vitally important to potting boats along the east coast of England.

“It’s also critical to ensure cables are buried, and that if protection measures are needed they are done in a such a way that gives assurances to the fishing industry that boats can return and fish safely, and snagging risks are avoided.

“It’s fair to say there is still a lot that is unknown about how practical it is to fish within windfarm areas. A lot depends on the gear used, and it varies according to the weather conditions. We’re still in the early stages of seeing just what does happen, and obviously there is risk aversion, as we’ve found in the eastern Irish Sea.”

Dale Rodmell said a new report from the Crown Estate, looking at the effects on fishing after windfarms had been built, indicated that risk aversion diminished as fishermen became more familiar with working around windfarms.

A spokesman for DONG Energy said: “We look forward to building on our existing relationships with the fishing community in respect to our Hornsea Project One offshore windfarm. We are absolutely committed to working with local communities where our projects are based – recently we agreed to make a major contribution to the lifeboat-running costs of six RNLI stations across the UK.”

British Energy Secretary Amber Rudd commented: “Thanks to Government support, the UK is the world leader in offshore wind energy, and this success story is going from strength to strength.”

DONG Energy UK chairman Brent Cheshire said the windfarm was a ‘world-leading infrastructure project’ that was ‘ground-breaking and innovative’, and would power more homes than any offshore wind farm currently in operation. “To have the world’s biggest ever offshore wind farm located off the Yorkshire coast is hugely significant, and highlights the vital role offshore wind will play in the UK’s need for new low-carbon energy.”

Hornsea Project One has the potential to create around 2,000 jobs during its construction, with up to 300 additional jobs supported throughout its 20 to 25-year operational phase.

Siemens is the preferred supplier for the wind turbines, and a new Siemens turbine-blade factory in Hull is due to be built by the end of this year. Grimsby will also benefit, as the port is a base for windfarm operations and service boats. 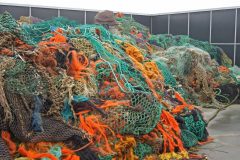