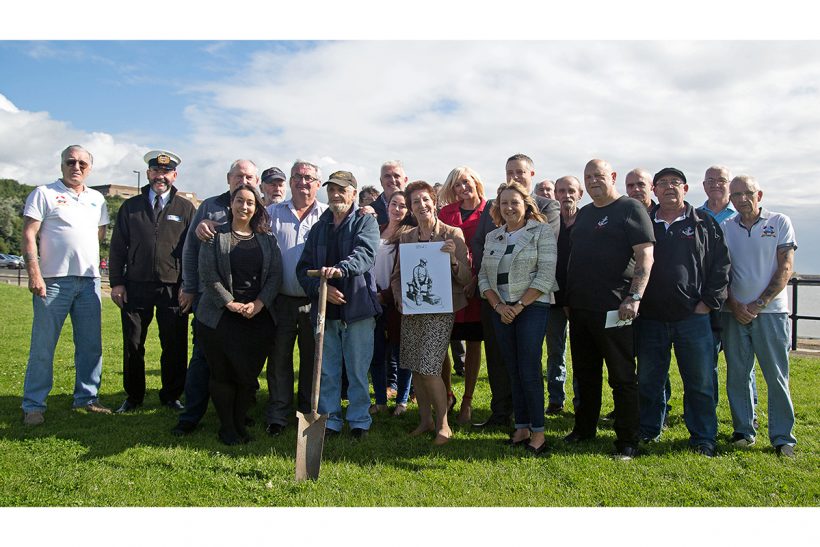 Work to create a lasting memorial to fishermen who have lost their lives at sea is now underway.
The sculpture, named ‘Fiddler’s Green’, will stand proudly overlooking the North Sea on land near the sands at the Fish Quay in North Shields.

Above: Henry Howard, vice chairman of the NSFHP, and Elected Mayor Norma Redfearn, celebrate the start of work on the site of the Fishermen Memorial at North Shields, together with local and retired fishermen and representatives from some of the partners involved in the project.

It is the idea of retired local fisherman Henry Howard, who wanted to honour those who died doing their job after leaving the port of North Shields.

A campaign to raise the £75,000 needed to make the idea a reality was launched by the North Shields Fishermen’s Heritage Project (NSFHP).

Thanks to the generosity of the community, local businesses, and the support of North Tyneside Council, Places for People and Urban Splash – the companies that are working in a joint venture to regenerate the Smith’s Dock shipyard site – the money was raised in less than a year.

Renowned sculptor Ray Lonsdale, the man behind the famous ‘Tommy’ sculpture in Seaham, was chosen to create the memorial following a public vote.

He is busy putting the finishing touches to the creation, which is inspired by an image of a fisherman taken in 1959 by local photographer Harry Hann, ready for it to be installed and unveiled next month.

Elected Mayor of North Tyneside Norma Redfearn said: “I am delighted to see this work begin – this is a major milestone for the project and it’s great that the memorial is edging closer to becoming a reality.

“As a council, we completely support this project. This is a fitting tribute to those fishermen who lost their lives at sea off North Shields, and to those who continue to head out to sea every day. I am sure that it will attract more people to the area and I look forward to seeing what promises to be an impressive sculpture when it is unveiled next month.”

Henry Howard, Vice Chairman of NSFHP, said: “I’m absolutely over the moon that work is about to start on the site where the memorial will be in just a few weeks’ time.

“From the very start, support for the project has been overwhelming, and I can’t thank everyone enough for the help they’ve given us. I’m sure when ‘Fiddler’s Green’ is unveiled on 24 September, it will be a fitting tribute to the men lost, and something the local community and fishermen can be rightly proud of.”

Chris Price, operations director at Robertson Construction England, said: “We are really pleased to have helped deliver a project that means so much to the local community. The memorial sculpture looks spectacular and is a fitting reminder to fishermen who have lost their lives at sea.”

Speaking on behalf of the Smith’s Dock regeneration team, Nigel Brewer said: “We have worked very hard on our site and within the local community to preserve the rich heritage of North Shields, so supporting this memorial was a natural step for us. We are delighted to be a part of it and look forward to it becoming a permanent fixture in the town.”

The groundworks are expected to take around two weeks to complete and the sculpture will be transported to the site shortly before the grand unveiling on Sunday 24 September.

As part of the unveiling, an event, ‘Fiddler’s Green Day’ will take place from 11am until 1pm and will feature live music, a parade of fishermen and a rendition of the song ‘Fiddler’s Green’. 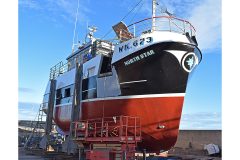 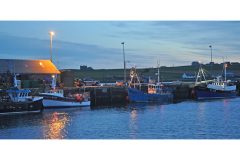 £8.4m of EMFF funding announced for 86 projects in Scotland