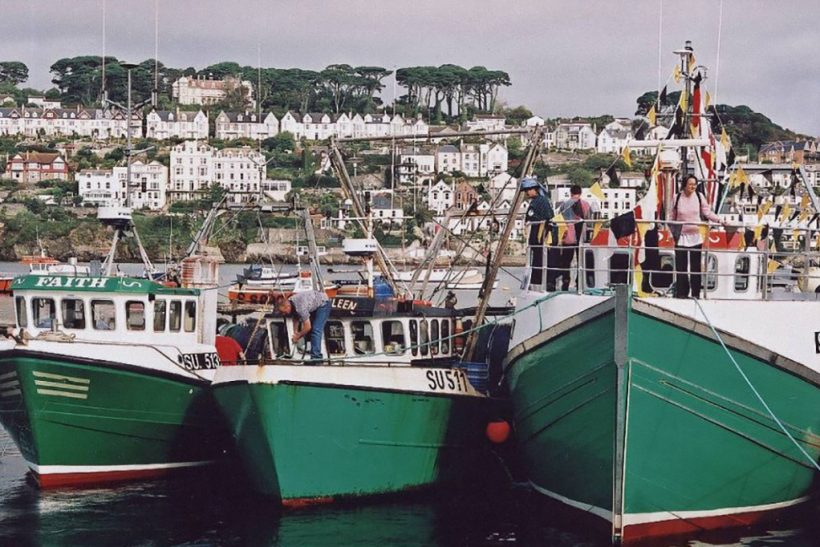 Work with Europe, but don’t be ruled by Europe

Picture above – Faith and Kathleen berthed outside Hope, ready to be named after being built by C Toms and Son Ltd at Polruan in 2003.

Britain should work along with Europe but not be ruled by Europe, advises vessel owner Terry Lankford, head of Lankford & Sons (Fishing) Ltd, based in Southampton, reports Phil Lockley.

Although the firm’s headquarters is based near a major southern port, Terry Lankford’s fishing business is firmly rooted in the southwest.

Notorious in his early years as a Solent oysterman, poaching being part of his trade, the cavalier poacher “later became a gamekeeper,” he admitted.

C Toms & Son has been, and remains, a major factor in the running of Lankford & Sons (Fishing).

Attending a recent paint contract to his vessel, the Spirited Lady III, Terry Lankford said, “I’m repeating, but strengthening, comments already made in Fishing News, that present quotas dished-out by Brussels are a nonsense. Before we went into Europe, the 200-mile, or median line, limit was firmly in place, but the government, Prime Minister Ted Heath in particular, did not consult the fishing industry before giving away what for centuries was UK fish. We, British fishermen, were the sacrificial lamb. They never gave away the oil and gas rights in the North Sea; the 200-mile limit remained as far as that was concerned.

“Even more bizarre is when working alongside our French and Belgian colleagues, who seem to have a bigger quota than the British boats do, we are chucking back dead fish while they retain their fish. It’s nonsense. We need a better distribution of quotas.

“It’s no secret that I will vote ‘no’ to Europe in the referendum. As long as there is zero EU control over UK matters I’m sure that the fishing industry is not anti-European. But the EU began as the Common Market, and there was never any mention of it becoming a federal body – British people did not vote for that.

“Britain is the fifth largest economy in the world and one of its strongest military powers. We have London, which is at the peak of top cities in the world of finance, and because we kept our own currency we are managing our own affairs far better than the other 28 Member States are by meddling together within the Euro.

“Before joining the Common Market, Britain’s association with Europe was that of free trade, and that’s what we should return to, like Switzerland. Right in the centre of Europe, and not disadvantaged by not being part of the EU, Switzerland is a very wealthy country, and the same applies to Norway and Iceland. 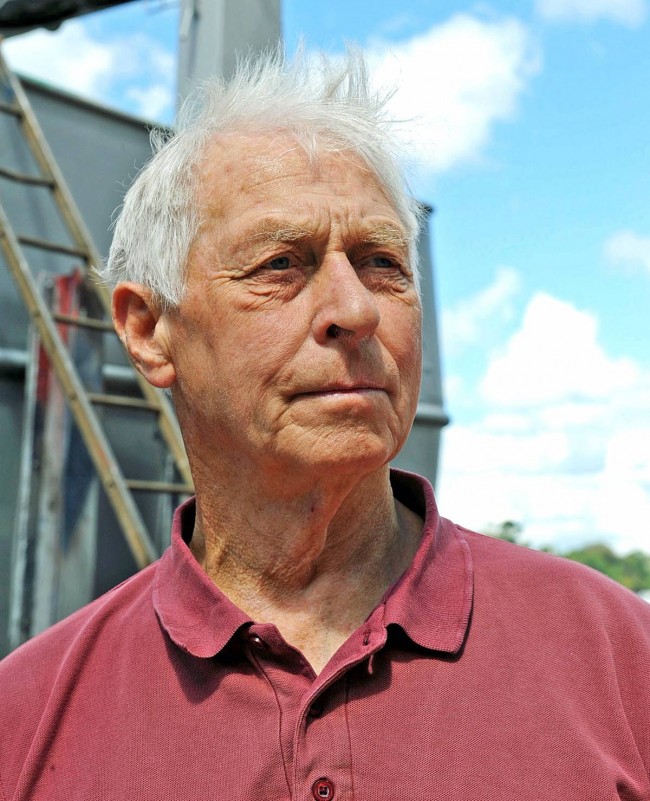 “We must also remember that the Isle of Man, Jersey and Guernsey are not in the EU, so why should we fear having a similar association with Europe as they do? They are doing very well; a cordial relationship with Europe, and proof enough that such a deal is financially sound. We must have better control of both our country and our natural resources, those like fishing, and it is absolute criminal that we been – and are still being – forced to dump millions of pounds-worth of perfectly good fish each year. It is obscene.

“Having the ‘in/out’ EU referendum is vital and I have rallied-around the MP for east Cornwall, Sheryl Murray, together with my own in the New Forest area, Julian Lewis MP, to make sure that the referendum does go ahead. Let’s get this absolutely right. I don’t want to close the doors on Europe, far from it, I still want to see a free-trade association with Europe, but the sovereignty of Britain must come firmly back to Britain.”

For over three decades Terry Lankford has been a main player in the development of inshore vessels in Looe and Plymouth. In 1972 he bought the Dorothy T and went to Falmouth during the mackerel boom. He later invested in the first Spirited Lady in 1976, moving to ownership of the second Spirited Lady in the early 1980s.

“After that, I had a couple more boats until I bought the inshore trawler Kathleen, which came to Looe around 20 years ago and was soon skippered by Clive Palfrey,” explained Terry Lankford.

“I was still trading in shellfish then, oysters, clams and other species, so I used those profits to build the whitefish side of our fishing business. I had the Faith built at C Toms & Son, a Cygnus GM33 that Clive Palfrey moved on to skipper, which was a big step into modern boat design. Then I had the Charity & Liberty, which was also built at C Toms & Son. I sold that one and now have the Spirited Lady III, built at Newhaven 18 months ago.

“Do I have confidence in the future for British fishing? To a certain extent I do, but the restrictions nowadays make things very difficult. Were we to leave the EU, those restrictions may be changed to become workable, sensible measures to conserve stocks, and we all want that – you don’t buy new boats with the threat of stocks collapsing.

“There are enough hurdles with up-keep of fishing boats. For instance, before we add-up the quantity of fish that is caught, with the Spirited Lady III we have to find £3,000 per week in running costs. The bigger the boat is, the bigger the outgoings are. I’m 70 years old now and wonder, whether years ahead, my business might scale down to a 12m boat. But that’s in the future, I have enough to do to keep the present boats going. We would have such a thriving industry if the British were allowed to manage British waters.” 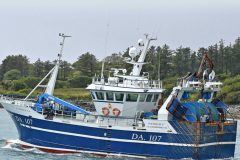 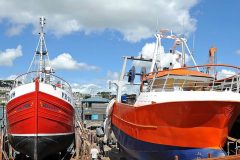