Further to the notice that Neart na Gaoithe Offshore Wind Limited, registered under company registration SC356223 at Atria One, 144 Morrison Street, Edinburgh, United Kingdom, EH3 8EX, has applied to the Scottish Ministers for:

The installed capacity of the proposed generating station would be a maximum of 450MW MW comprising a maximum of 54 turbines with a maximum rotor tip height of 208 metres above Lowest Astronomical Tide.  The proposed development is subject to environmental impact assessment (“EIA”) under the above Regulations.

Notice is hereby given that Neart na Gaoithe Offshore Wind Limited has submitted additional information relative to the above EIA application to the Scottish Ministers.  This includes information relating to ornithology.

Copies of the additional information are available for public inspection in person, free of charge, during normal office/opening hours at:

Any subsequent submission of additional information by Neart na Gaoithe Offshore Wind Limited to the Scottish Ministers will be publicised in a similar manner to this, including publication on the above websites, and representations relative to such information should be made on the same basis as detailed above.

Having considered the environmental information, in conjunction with any representations received, the Scottish Ministers may:-

All previous representations received in relation to this development will be considered.

MS-LOT determine applications for marine licences under Part 4 of the Marine (Scotland) Act 2010 and The Electricity Act (as amended).  During the consultation process any person having an interest in the outcome of the application may make representation to MS-LOT. The representation may contain personal information, for example a name or address. This representation will only be used for the purpose of determining an application and will be stored securely in the Scottish Government’s official corporate record. Representations will be shared with the applicant and/or agent acting on behalf of the applicant, any people or organisations that we consult in relation to the application, the Directorate of Planning and Environmental Appeals should the Scottish Ministers call a PLI and, where necessary, be published online, however personal information will be removed before sharing or publishing.

A full privacy notice can be found at: http://www.gov.scot/Topics/marine/Licensing/marine/PrivacyNotice. If you are unable to access this, or you have any queries or concerns about how your personal information will be handled, contact MS-LOT at: ms.marinerenewables@gov.scot or Marine Scotland – Licensing Operations Team, Marine Laboratory, 375 Victoria Road, Aberdeen, AB11 9DB. 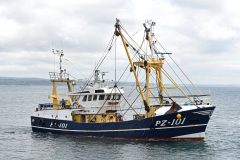